San Francisco to Keep but Cover Up Divisive Mural 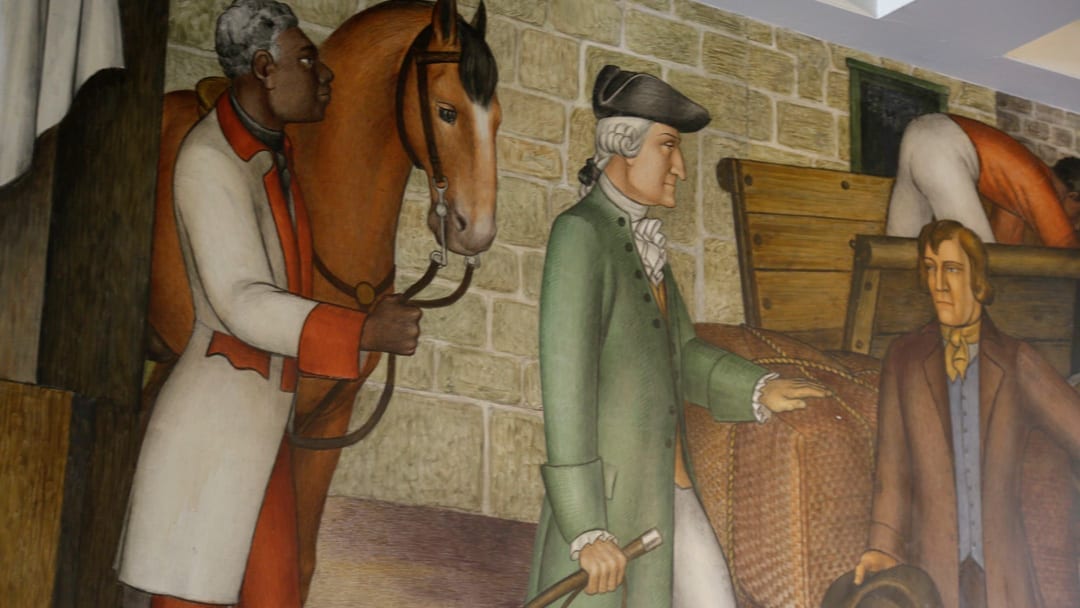 San Francisco (AP) — The San Francisco school board voted Tuesday to preserve but cover up a public high school mural depicting slavery and the killing of a Native American.

After a public outcry, the board voted 4-3 to reverse its June vote to paint over the “Life of Washington” mural at George Washington High School. Instead, staff were directed to work out alternatives to cover the mural with panels or other materials depicting “the heroism of people of color in America” and their fight against racism and poverty, said board President Stevon Cook, who made the proposal.

“We are not going to paint over public art,” he said. “We’re going to find another way to keep it from public view.”

The cover up will require an environmental review and the mural will remain on display at least until then. While the panels might conceivably be removable, some board members indicated that the intention was to keep the mural from view. The school district said the mural would be digitized so that art historians could see it, but that it would not be on public view on campus.

The cost is expected to run into the hundreds of thousands of dollars.

The 1936 work is painted directly on the school walls. It depicts the life of George Washington. Sections of the 1,600-square-foot (149-square-meter) work were intended to show the darker side of that history: white settlers standing over the body of a Native American and slaves working at Washington’s estate.

“I am a great granddaughter of a slave. I don’t need a mural in my school or office to tell me I’m a slave,” said teacher Virginia Marshall, KTVU-TV reported.

But supporters said destroying the mural would be historical and artistic censorship.

“I hope that this board would leave that mural alone. It tells the whole truth about Mr. Washington’s being complicit in the slave trade,” said the Rev. Amos Brown, president of the San Francisco branch of the NAACP.

“Art has to make us feel uncomfortable,” actor Danny Glover, a Washington High graduate, told reporters before the meeting. “That’s what art does.”