What is Haitian Voodoo? 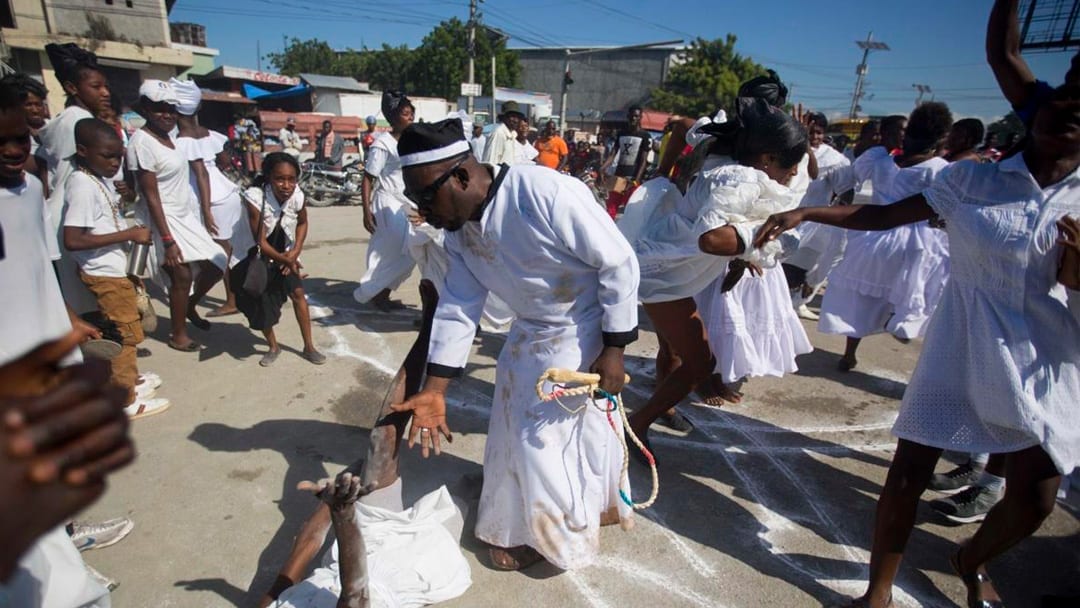 For many in the West, Voodoo invokes images of animal sacrifices, magical dolls and chanted spells.

But Voodoo – as practiced in Haiti and by the Black diaspora in the United States, South America and Africa – is a religion based on ancestral spirits and patron saints.

Known as “Vodou” in Haiti, the religion has also served as a form of resistance against the French colonial empire.

And unlike many mainstream representations around magic and rituals, scholars have shown how Voodoo serves as a form of health care system by providing religious healing.

A religion born out of struggle

Haitian Vodou was born from the blending of Catholicism, Western and Central African spirituality.

In addition, scholars assert that the religion was influenced by escaped slaves who wanted to inspire rebellions under a common spiritual identity.

Historian C.L.R. James described Voodoo as a “medium of the conspiracy,” meaning Voodoo was at the center of inciting the 1791 revolution in Haiti against slavery and colonialism.

In later years – from 1835 to 1987 – the Haitian government banned Voodoo under laws that prohibited ritualistic practices. However, as historian Kate Ramsey points out, the laws were almost impossible for the Haitian government to implement. As early as the 19th century, Voodoo had already become a dominant belief system even influencing elite culture – even if secretly.

Haitian elites could not openly support the religion. The Catholic Church based in Rome forced Haiti to adopt Roman Catholicism as its official religion.

Over the years, several anti-Voodoo campaigns were launched by the Catholic and Protestant churches. Systematic attacks on Voodoo temples and Voodoo objects over decades paved the way for this religion to become predominately associated with sorcery.

The contemporary status of Voodoo

In contemporary Haitian society, Voodoo serves in multiple ways. An important contribution is its role in healing. Anthropologist Nicholas Vonarx, who has studied Voodoo’s role as a health care system, explains how religious spaces can become “therapeutic sites where the sick goes to seek help in managing illness and other misfortune.”

My research looks at how Voodoo is blamed for health disparities in Haiti by the country’s elites and international aid groups who ignore its role in Haiti’s health landscape.

For many, Voodoo remains associated with sorcery and satanic worship.

This article is republished from The Conversation under a Creative Commons license. Read the original article here: http://theconversation.com/what-is-haitian-voodoo-119621