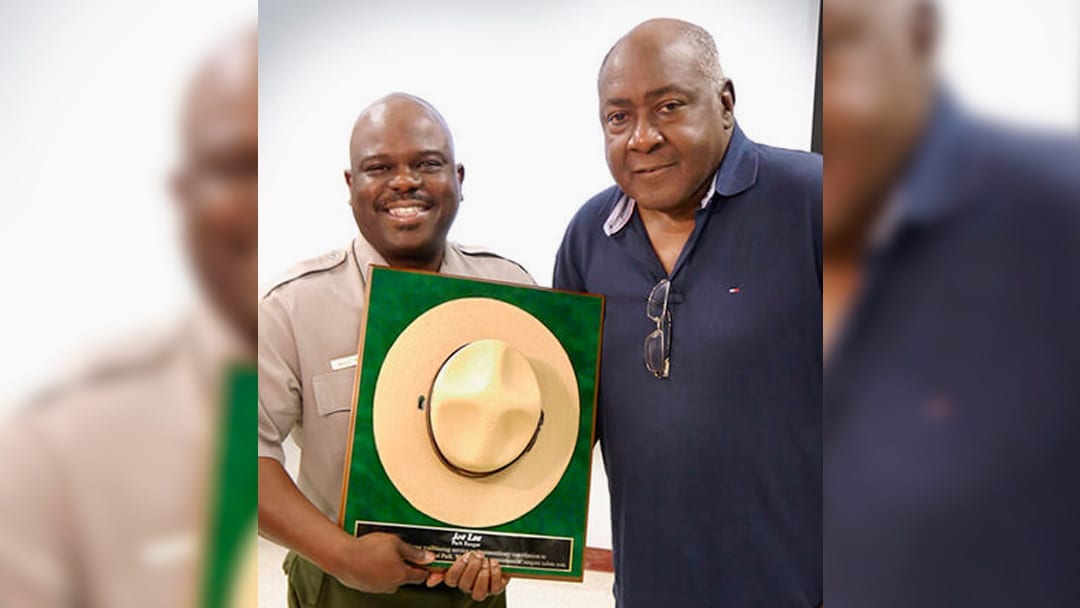 Park Superintendent Cassius Cash on Thursday presented Joe Lee with a mounted ranger hat in honor of his contribution to the history of the National Park Service.

Cash said in a park news release that Lee’s service fifty years ago “broke employment barriers that once discouraged people of color from seeking employment in National Parks.”

Cash, who is African American, said Lee’s service paved a path for him and others.

Lee said he was “overwhelmed” by the recognition he received after reaching out to park staff to share his recollections.

The park recently begun a project to research the African American experience in southern Appalachia and share those stories.