Years Ago, This Doctor Linked A Mysterious Lung Disease To Vaping 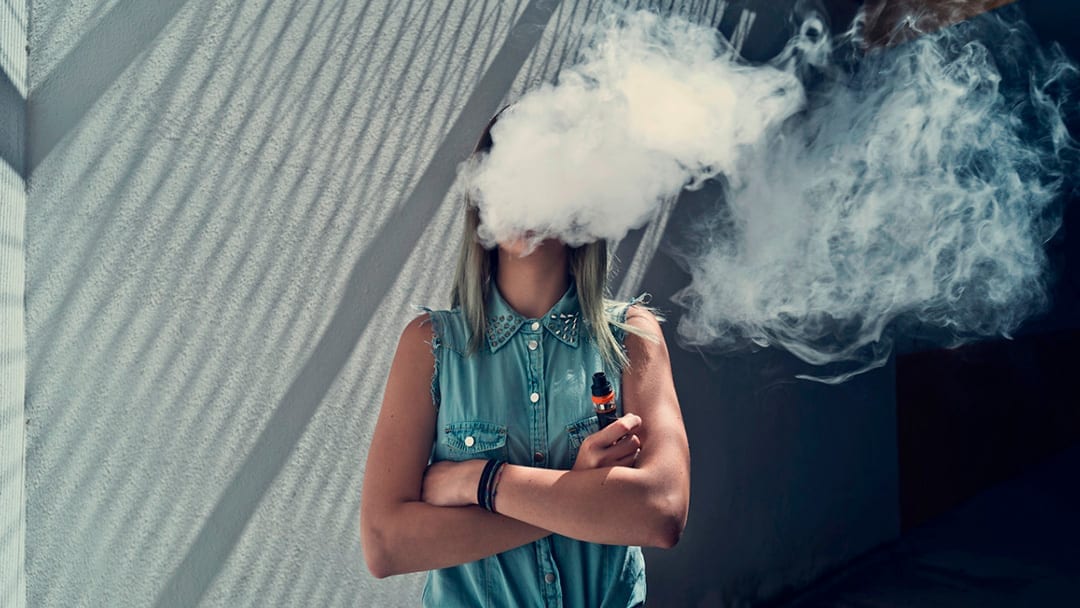 Dr. John E. Parker was working at a West Virginia hospital in 2015 when a 31-year-old female patient was admitted with acute respiratory problems. A team of doctors ultimately suspected that her mysterious case of lipoid pneumonia might be related to vaping and weren’t sure they had seen anything like it before.

They were intrigued enough to present the case report—a type of medical paper on unusual or provocative patient findings. Such reports can serve as a call to the medical community to be on the lookout, though they sometimes raise more questions than they provide answers.

This summer, almost four years later, federal officials began investigating a national outbreak of severe lung illnesses linked to vaping that has struck more than 150 patients in 16 states. In an interview, Parker, a professor of pulmonary critical care and sleep medicine at West Virginia University, described what happened.

Q: Can you describe what the patient’s symptoms were when she arrived?

We would view them as classic for what is getting to be called vaping-associated lung disease. She was very, very short of breath and had a cough, and we were, of course, very worried that she might have pneumonia or some other acute respiratory illness. And then she was so sick she needed to be intubated.

We look for things like a or an active infection. And then for lipid-containing macrophages. And then we usually start some antibiotics low-dose steroid and then support the patient with a ventilator and oxygen and nutrition. And then just kind of wait and see if any other cultures come back to prove anything different than what you might be thinking.

Early on, we just felt like it was an unusual case and may not be a common viral or bacterial infection.

Q: How did you figure out the cause of her lipoid pneumonia was e-cigarettes?

It’s a diagnosis of exclusion. We excluded other , and it became the most likely cause.

We were convinced enough that the case was presented that year at the annual meeting of the American College of Chest Physicians.

Q: Once you figured out the cause could be e-cigarettes, did you contact the Centers for Disease Control and Prevention or the Food and Drug Administration or any other regulatory agency to tell them about this?

We did not. We felt at the time that putting it in the medical literature was appropriate. And if other case reports from other parts of the country came forward, then we’d have more of a clustering of findings that might then warrant research agencies better understanding the cause of the disease.

Q: Which federal agency would you report it to, if you did?

In 2015, the FDA, of course, was still regulating cigarettes, but I don’t think the government had yet decided who would regulate vaping products. So, I’m sure it was unclear who we should call.

Q: So, did you or your team think this was a one-off event when you witnessed it?

We really felt that it wasn’t going to be a one-off event and that it was what we usually called in public health a “sentinel” health event … that it was an example of a respiratory illness that can be caused by this exposure and that it probably wasn’t the first case ever seen nor would it be the last.

Q: Was it the first case that you had seen at your institution?

To our knowledge, it was our first case, but we are humble enough clinicians to realize we may have missed some other cases that we interpreted viral pneumonia or bacterial pneumonia.

Q: Have you seen more cases since then?

I know we’ve seen a case that we published, and in polling some colleagues we think we’ve probably also seen cryptogenic organizing pneumonia as well as lipoid pneumonia and acute eosinophilic pneumonia. Yeah, we’ve certainly seen at least probably four forms of lung disease from vaping.

Q: If your team was seeing this back in 2015, is it possible that it’s been happening in the four years since then and people just don’t know about it?

I really have every reason to think we were not the first ones to see it, by any means.

And I don’t think we were even the first ones to report it. I think that there were some clusters in Wisconsin and some other places in the U.S. I also know that the Japanese have been very interested. They’ve probably got four or five papers at least in the medical literature about vaping related lung injury.

Q: Do you have a theory of what might be causing the lipoid pneumonia cases? Do you think there may be certain chemicals that are irritants?

We need a strong multidisciplinary team to understand the real etiology and cause of lung injury from inhalation. I think it could be any number of components in the mixtures. Lungs don’t like oil, in general, and probably the most specific agent that’s been studied recently is diacetyl, which was studied in popcorn-flavoring lung disease.

Q: Have these kinds of cases changed the way you approach patients?

Yeah, we search very carefully for a history of vaping. … I think it’s quite important to understand if they might be using inhaled agents or vaping that might present new toxicities to the lung.

Q: Will these illnesses have long-term health effects?An inhalational injury may cause an acute lung injury that’s life-threatening and that someone may survive from and have no long-term sequelae . But there also is the possibility that long-term use may cause more insidious or chronic diseases from which there may not be a full recovery.