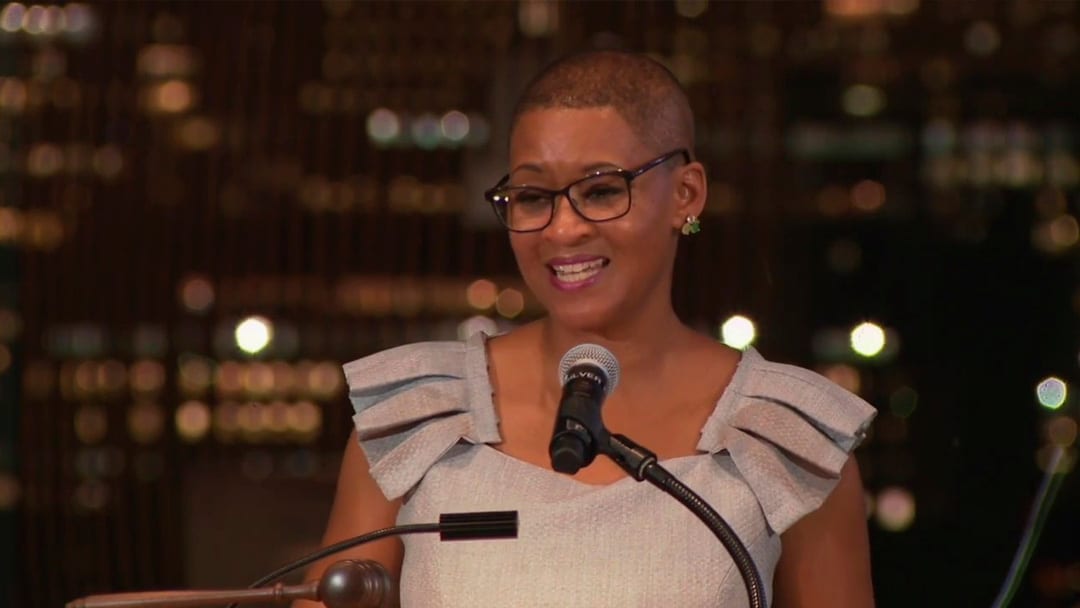 TCM on Monday announced the hiring of Stewart, a professor of cinema and media studies at the University of Chicago who has specialized in the racial politics of film preservation. She will make her TCM debut on Sunday.

“I hope that as a host at TCM that my presence there will interest a greater diversity of viewers to see what there is to watch,” Stewart said in an interview. “If my presence on TCM gets people interested in film history, especially young people of color, to look at a body of work that they might not think would resonate with them, that’s really important.”

For years after the network’s founding in 1994, Robert Osborne was the sole host on TCM. In 2003, Ben Mankiewicz joined the network. But only recently has TCM expanded the number of personalities that introduce and give context to the classic films that air on its commercial-less network. Last year, Alicia Malone became the first female host on TCM. Also added in recent years were “Noir Alley” hosts Eddie Muller and Dave Karger.

Pola Changnon, senior vice president of marketing, studio production and talent for TCM, says that as TCM has expanded its operations to include an annual film festival and classic movie-themed cruise, the network has needed “a deeper bench” of talent. Changnon said Stewart’s deep knowledge of film history and her engaging way of talking about it made her a natural fit.

“For us, it’s a chance to learn from her, too,” said Changnon. “With classic movies, there are certain assumptions about who got to tell the stories and who was featured in these movies. With Jacqueline’s guidance, we’re going to do more to attend to the Oscar Micheauxs of the world.”

Among the first films Stewart will host on TCM will be 1920’s “Symbol of the Unconquered” by Micheaux, the pioneering African American filmmaker. Also planned is 1912’s “Cleopatra” by the Helen Gardner Picture Players. Gardner was the first actor, male or female, to create her own production company in the U.S.

Stewart, a Chicago native, has dedicated her research toward expanding an understanding and appreciation of film history outside of the largely white lens it is often seen through — something TCM has sometimes been criticized for contributing to. She has served on the National Film Preservation Board where she is chair of its diversity task force.

Stewart’s 2005 book “Migrating to the Movies: Cinema and Black Urban Modernity” told the often overlooked history of the first Black filmmakers. Her South Side Home Movie Project collected an archive of more than 300 home movies from families in the Chicago neighborhood as a way of intimately capturing local African American history.

“It’s important for all viewers of TCM to recognize that expertise comes in many different forms, many different colors,” said Stewart. “I’m especially excited about the kinds of conversations that can emerge because of the unique perspective that I can bring as a host.”