Newsom cracks down on vaping — and asks the Legislature for help 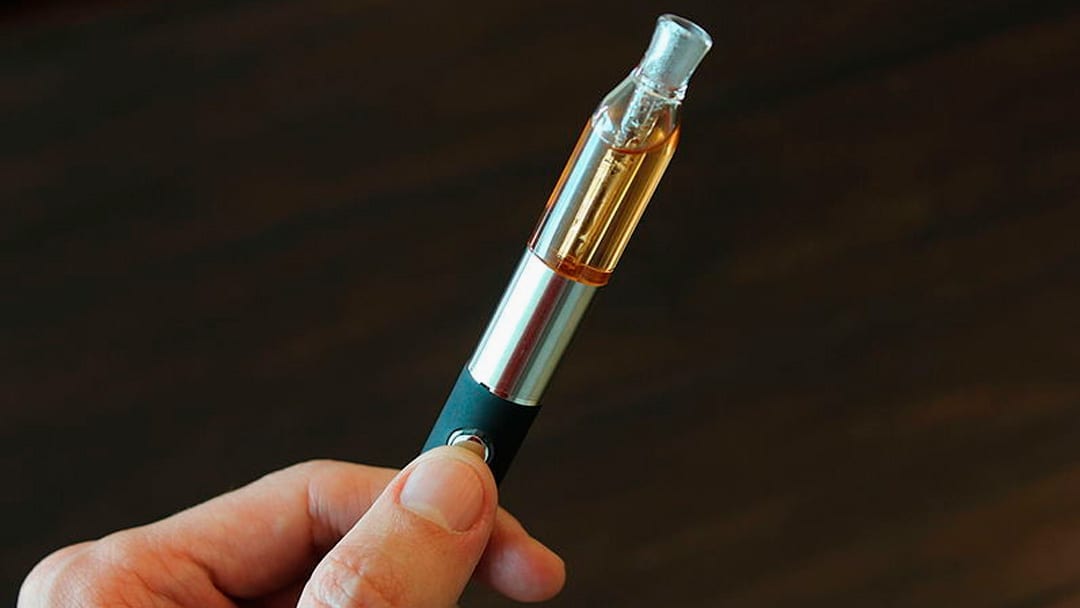 California lawmakers ended the Legislative session without doing much on vaping. Now Gov. Gavin Newsom is stepping in.

Monday morning, the governor signed an executive order which he said would be “pushing the envelope” to regulate the burgeoning e-cigarette industry despite a lack of new legal authority from the state Assembly and Senate.

“In the absence of any legislative effort that’s successful, we want to see how far we can go,” Newsom said at a press conference.

The governor’s order also instructs the state’s Department of Tax and Fee Administration to research different ways to tax e-cigarette products. Currently, vaping pods are taxed based on their wholesale cost, rather than the amount of nicotine they contain. Because a vaping pod often contains much more nicotine than a pack of cigarettes, public health advocates say that provides an implicit subsidy to the e-cigarette industry.

“You don’t have bubble gum-flavored, mango-flavored tobacco products unless you’re trying to target an audience that you are losing — and that’s young people. It’s really unconscionable,”  said Newsom. “So the extent that advertising in some cases can work, to the extent that taxes can be a deterrent — particularly for kids who are more price sensitive — I think both advertising and taxes should be on the table.”

As of Friday, the Centers for Disease Control and Prevention reported 380 “confirmed and probable” cases of vaping-relating lung disease and six deaths. (That case count is down from an earlier estimate of 450).

“We will review today’s announcement as we strongly agree with the need for aggressive category-wide action on vapor products, and applaud action cracking down on counterfeit and knock-off compatible products,” Ted Kwong, a spokesman for the San Francisco e-cigarette giant, JUUL Labs, said in an emailed statement. “We will continue to combat youth usage, while supporting reasonable access to vapor products for adults looking to switch from combustible cigarettes.”

The governor’s action would be an increase in the state’s regulatory control over the high-tech smoking industry, but it stops short of some of the proposals by other elected leaders around the country.

On Sunday, New York Governor Andrew Cuomo issued an order to ban all flavored e-cigarettes outright — though an exception was made for menthol. That follows a similar ban that Michigan enacted in September. Last week, President Trump said he planned to ban all non-tobacco flavored vaping products by fiat as well.

In a press release, the American Cancer Society Cancer Action Network said that its members were “disappointed” and argued that the order “will do little” to cut down on youth vaping.

“A complete sales restriction on all flavored tobacco products is urgently needed,” it added.

Newsom argued that California law does not allow for such aggressive executive action.

“It appears that a governor alone is not afforded the right to ban those products outright,” he said Monday morning. “We would need legislative support. But again we are pushing the envelope and are seeing how far we can go.”

Asked what he would like to see from the Legislature in 2020, Newsom said he would “like to sign a bill to eliminate the legal use of flavored e-cigarettes.”

That package eluded the lawmakers this year. A flurry of proposals were introduced at the beginning of the year to strengthen regulations on e-cigarettes and other vaping products, but most were killed over the course of the legislative session.

“We thought we had buy-in from a number of stakeholders and lawmakers, but it just never got off the launching pad,” said Anthony York, a spokesman for the California Medical Association, which supports stricter regulations on vaping products. “But given the current public health emergency that’s going on, clearly the governor sees reason to take action.”

Among the bills that stalled out this year was a flavored tobacco ban introduced by Democratic Sen. Jerry Hill. But the Silicon Valley lawmaker withdrew the proposal after amendments were added to carve out exceptions for menthol flavors, hookah and older products.

“I was very impressed with his understanding of the problem, his aggressiveness at getting to a solution as quickly as possible, and the recognition that he has limited authority under his executive order,” he said.

At the press conference Newsom called upon concerned parents to not just to talk to their teenage children, but to lobby their lawmakers.

“I would encourage those parents to be part of an army of support to help the Legislature do what it needs to do, and to help the President and Congress do what they already should have done, and that’s ban these products,” he said.

Laurel Rosenhall contributed to this story.