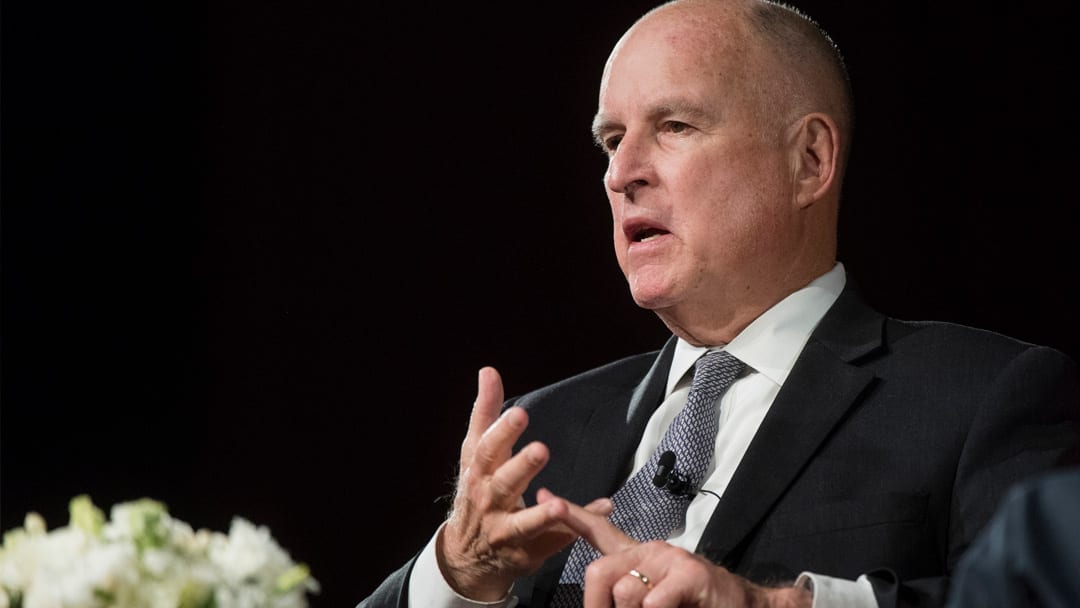 Brown, who was to speak by phone from California, announced the initiative with China’s Special Representative for Climate Change Affairs Xie Zhenhua in New York, where officials from some 60 countries were convened for a United Nations Climate Action Summit in advance of the U.N. General Assembly.

Brown, who made the fight against climate change a signature issue of his second stint as governor, will partner with Xie in overseeing the institute to be housed at UC Berkeley, his alma mater. The goal, he said, will be to encourage climate action through research, training and collaboration — a contrast to Trump, whose administration is engaged in a trade war with China and who last week referred to its government as “a threat to the world.”

In an interview with CalMatters, Brown said the research initiative was less about politics than about addressing a crisis he has repeatedly referred to as “existential.” However, he did note the president’s decision to pull out of the Paris Climate Agreement negotiated by President Barack Obama, and the increasingly fraught relations between the Trump administration and China.

“As storm clouds continue to darken relations between China and the United States, climate change is a way to keep the doors open,” Brown said. “We are going to do something important, during this rather dismal state in our mutual relationship.”

Trump’s stand on climate change, Brown said, is “bordering not only malfeasance but is almost criminal behavior.” His decision to pull out of the Paris Accord is “worthy of condemnation by decent people everywhere.”

“I say that by way of emphasis on the seriousness of the issue,” Brown said.

Brown committed to establishing this institute after meeting with China’s President Xi Jinping in Beijing and hosting a dialogue with Xie at Tsinghua University in 2017.

The arrangement with China expands on Brown’s work as governor in signing up 188 subnational governments to agree to reduce greenhouse gas emissions, and in hosting a climate summit in San Francisco last year that drew thousands of participants from around the world.

As China rises as an economic power, the former governor noted, there will be increased competition with the U.S. But without cooperation in confronting the shared danger of climate change, both nations and the world will suffer.

“I am not here to fan the flames of political controversy, but to tackle jointly a problem that confronts everyone in the world,” Brown said.

UC Berkeley’s School of Law will house the institute. The College of Natural Resources will help advance the research.

UC Berkeley Chancellor Carol Christ said in a statement: “Our faculty and researchers each day take on the peril of our changing climate and seek to develop new technologies and policies that will reduce greenhouse gasses across continents. This institute will play a key role in spreading that work around the world.”

Research topics will include:

In a statement, Erwin Chemerinsky, dean of the UC Berkeley School of Law, said: “I am excited about this collaboration to tackle the world’s most urgent problem, climate change … My hope is that this unique endeavor will make a real difference.”

Former Secretary of State John Kerry, writing in The Washington Post on Sunday, raised the central issue: Trump’s decision to pull out of the Paris Accord, and his view that climate change is a hoax perpetrated by China to hinder U.S. economic gains.

“In the temporary absence of U.S. leadership,” Kerry wrote, “‘we need other major emitters to step up — not only to deliver the climate action we need but also to build trust that international institutions are prepared to take on this global challenge until the United States is ready to rejoin the fight.”

He pointed to China and India, and argued that there is great economic opportunity in confronting climate change.

“The United States will be back at the table after 2020, but in this aberrational period of shortsightedness, now is the time for China, India and other countries to prove just what we are missing,” Kerry wrote.