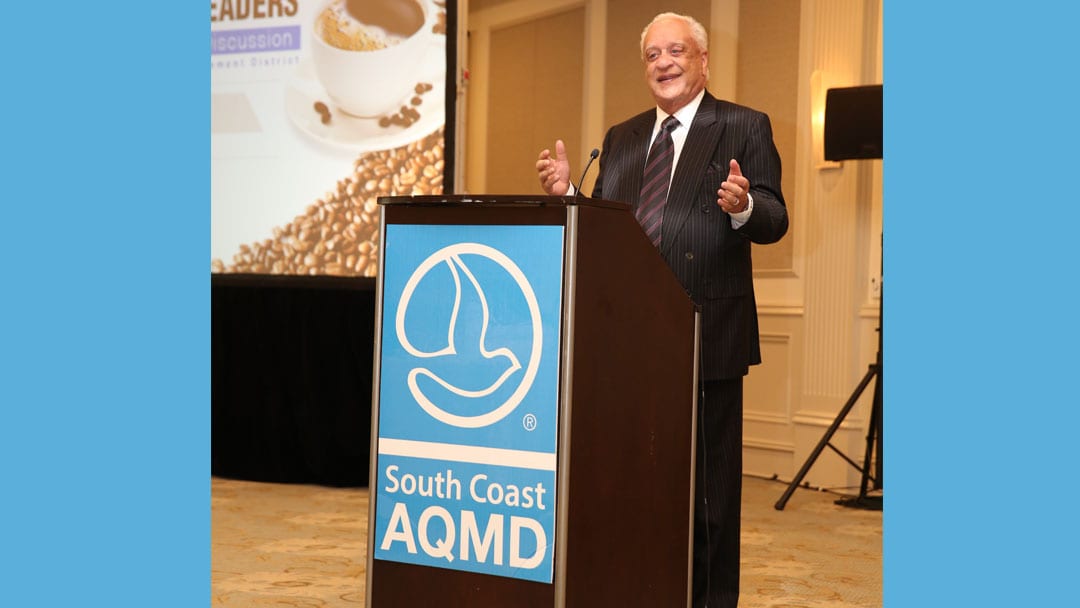 Southern California has seen dramatic improvements in air quality over the last 25 years, yet more needs to be done to improve air quality, especially in communities close to freeways, ports, railyards, warehouses and refineries, where disparities still exist. Thanks to efforts from the South Coast Air Quality Management District (South Coast AQMD) and the California Air Resources Board (CARB), a community-based partnership is bringing more focus and resources to neighborhoods most impacted by air pollution.

To implement Assembly Bill 617 (AB 617) by Assemblymember Cristina Garcia, South Coast AQMD received state funding for the program where communities could work closely with the agency to develop solutions to reduce harmful pollutants in their neighborhoods. South Coast AQMD has three of the ten communities in the State of California for the first year of the program. The three designated areas are: Wilmington/West Long Beach/Carson; San Bernardino/Muscoy; and Boyle Heights/East Los Angeles/West Commerce. 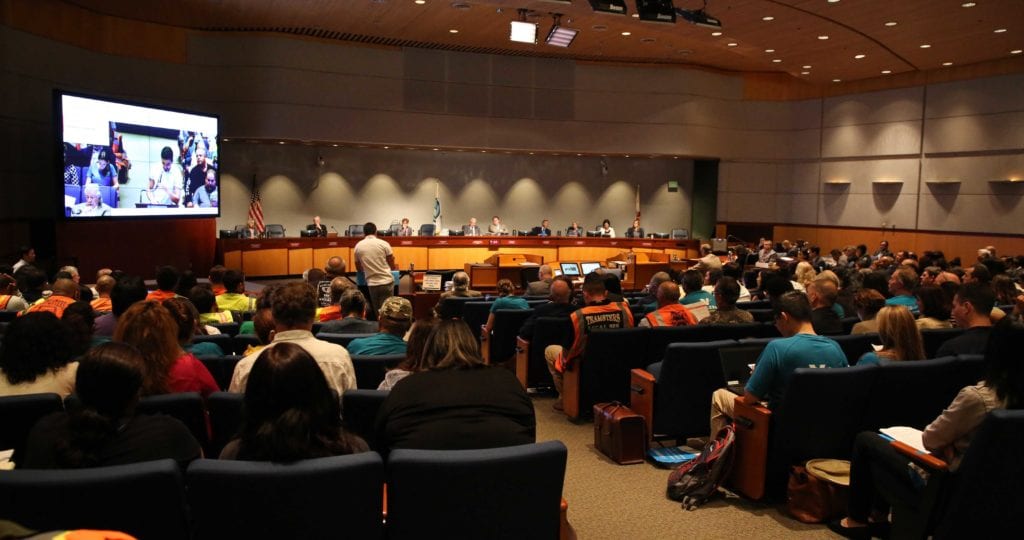 Public Comment on AB 617 CERPs at Sept. 2019 Governing Board Meeting

“We embrace our responsibility to ensure that all residents, especially those historically underrepresented, have access to resources that can improve the air they breathe,” said Dr. William A. Burke, South Coast AQMD’s Governing Board Chairman. “This level of collaboration between the agency and these communities is unprecedented. Never before has something of this magnitude been attempted, and we will do everything within our power to make real changes for impacted residents.” 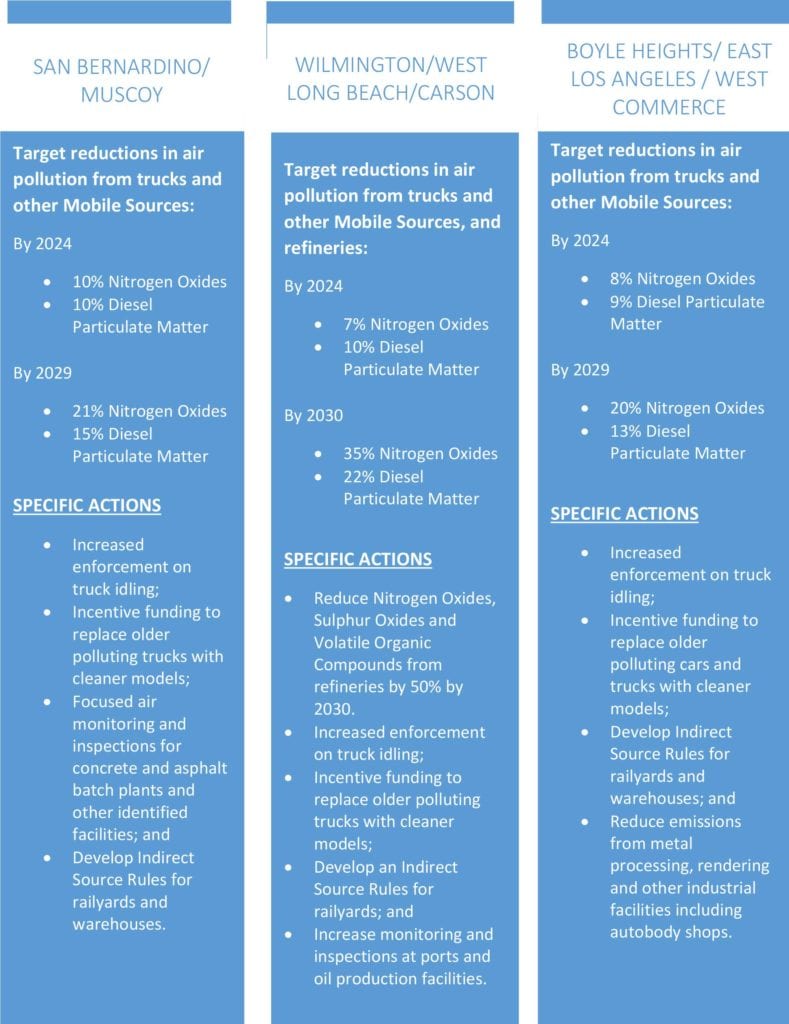 Over the past year, South Coast AQMD worked with the three Community Steering Committees, consisting of individuals who live and work in the selected communities. These efforts included hosting 42 community meetings, workshops and neighborhood tours along with more than 60 individual meetings, designed to identify priorities unique to each area, and develop a plan tailored to the priorities of each community. Air monitoring efforts began in July 2019, which will help provide information about specific pollutants of concern and provide additional insight into community needs.

AB 617, is a tremendous effort between government agencies and communities. The first major milestone was the creation of air monitoring plans for each community. Next, emission reduction plans were developed that incorporated community guidance and wisdom to address their air quality concerns. The three plans, which were recently adopted by the South Coast AQMD Governing Board, provide the blueprint for reducing air pollution that go beyond existing regulations and work being conducted by agencies and organizations. The plans include specific actions to achieve emission and exposure reductions, and an implementation schedule (see charts). The complete plans can be found at www.aqmd.gov/AB617 and are awaiting final approval by CARB in early 2020. 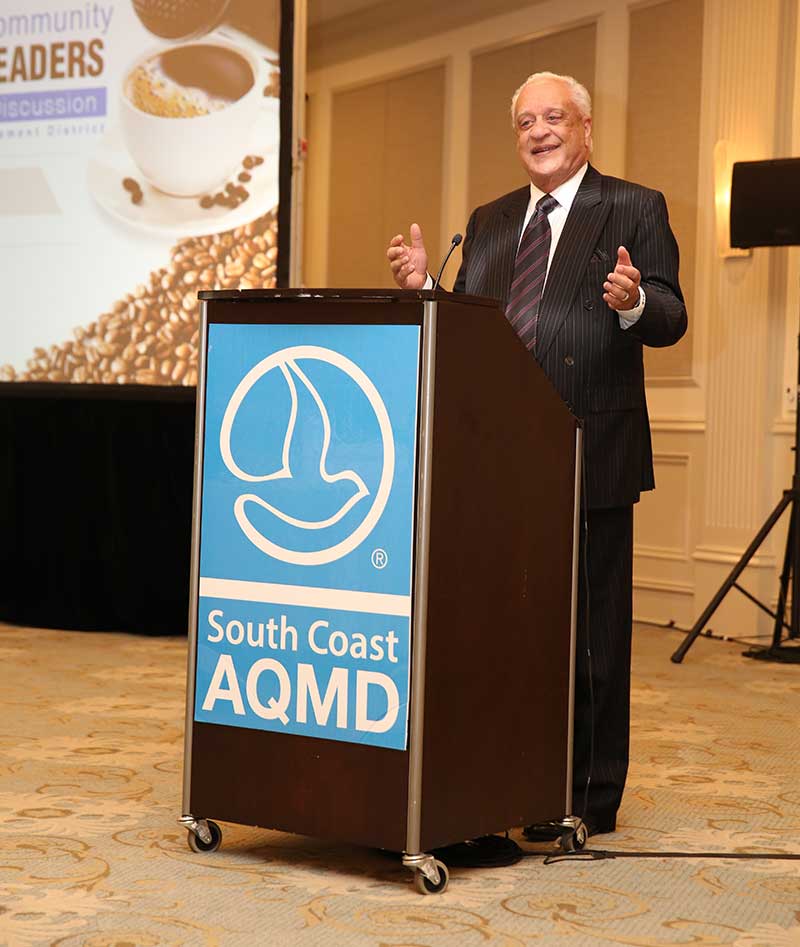 Continuing this momentum, South Coast AQMD will start the AB 617 process again for the second year of the program. Two new communities were approved by the Governing Board: a Southeast Los Angeles community (South Gate/Florence-Firestone/Walnut Park/Western Huntington Park/Cudahy/Southern Bell Gardens); and the Eastern Coachella Valley community (Indio/Coachella/Thermal/Oasis/Mecca/North Shore). These recommendations from the Governing Board will be forwarded to CARB for final selection.