A Giant in Journalism, Dr. William H. Lee, Passes On 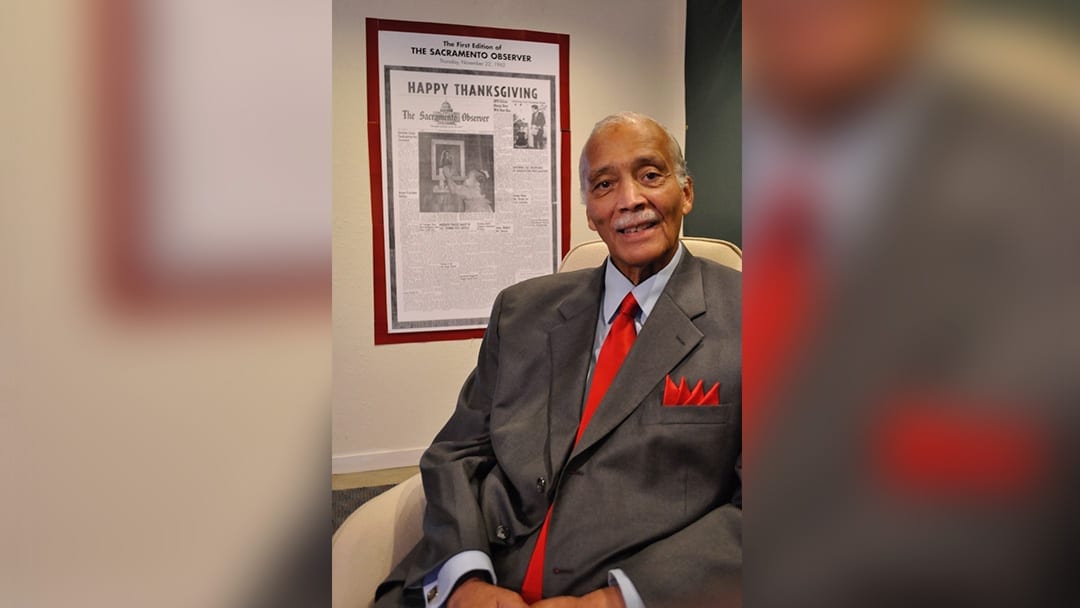 Sacramento, CA – He was tireless in the fight for access and respect for Black journalists and relentless in championing for Blacks to have a seat at the proverbial table.

Dr. Lee was born on May 29, 1936, in Austin, Texas.  His parents (Rev. Charles R. Lee, father, and Carrie Lee, mother), with sons William and James R. Lee, moved to California, first to San Francisco and then to Sacramento, in the early 1940s.

Dr. Lee attended Sacramento State University (1953-1955) and went on to earn a B.A. degree (Accounting) from UC Berkeley in 1957.  He was awarded an Honorary Ph.D. from Southeastern University in 1970.

After graduating from UC Berkeley, Lee had short, but fruitful, employment stays with both Aerojet and IBM Corporations. His dream to establish his own firm,

however, led him to open his own real estate and land development company in 1960.

The success he had in real estate allowed him to invest in the much-needed community newspaper publishing business. He along with local radio connoisseur Geno Gladden and businessman John W. Cole, launched The Sacramento OBSERVER on November 22, 1962.

A short time after starting the paper, Gladden passed away. And, in 1965, Lee and his wife, Kathryn, became sole owners of the paper, also starting at the time the Lee Publishing Company.

The publishing company grew during the 1970s and 80s, to publishing at one point, six distinct publications in California and Nevada — including Los Angeles, San Francisco, Stockton, Solano County, Reno, Nevada and Sacramento.

Dr. Lee took on local, state and national leadership roles. From 1970 to 1989, he served on the board of directors and as an officer of the National Newspapers Publisher’s Association (NNPA), the Black Press of America.

He was co-founder and a long-time president of the West Coast Black Publisher’s Association (WCBPA). Lee was named “Publisher of the Year” by the WCBPA in 1985.

Active in the field of journalism and the newspaper industry, Lee’s publications, along with his call for quality and excellence in the industry, earned a national reputation. He was a member of the jury, judging for Pulitzer Prize winners in Journalism in 1987.

Lee’s newspaper, The Sacramento OBSERVER, has been named the nation’s No. 1 Black newspaper six times; being awarded the coveted John B. Russwurm trophy, the nation’s top newspaper publishing honor given by the National Newspaper Publishers Association.

A recognized business leader, Lee served on the board of directors of a number of national and local companies, including Blue Cross of California; Methodist Hospital (Sacramento); the Superior Valley Small Business Development Corporation; the advisory board of Wells Fargo Bank;  and, the advisory board of the former Home Savings financial institution.

Dr. Lee’s commitment to serve others kept him active in civic and educational circles. He was named Alumnus of the Year (1993), by UC Berkeley’s Black Alumni Association.

He was appointed by California Governor George Deukmejain to chair the statewide Dr. Martin Luther King, Jr. Holiday committee, leading to the state’s observance of the MLK holiday. Years later, in January 2014, Dr. Lee would serve as the Grand Marshal of the annual Dr. Martin Luther King Holiday March in Sacramento.

In January 2015, Kevin Johnson, Sacramento’s first African American mayor, awarded Dr. Lee with the Mort Friedman Legacy Award, which honors an outstanding individual who has made notable civic and community contributions within the Sacramento city and region.

A memorial service has been tentatively set for Sacramento on Tuesday, October 1. Details to follow.