AP-NORC Poll: Most Disapprove of Trump on Race Relations 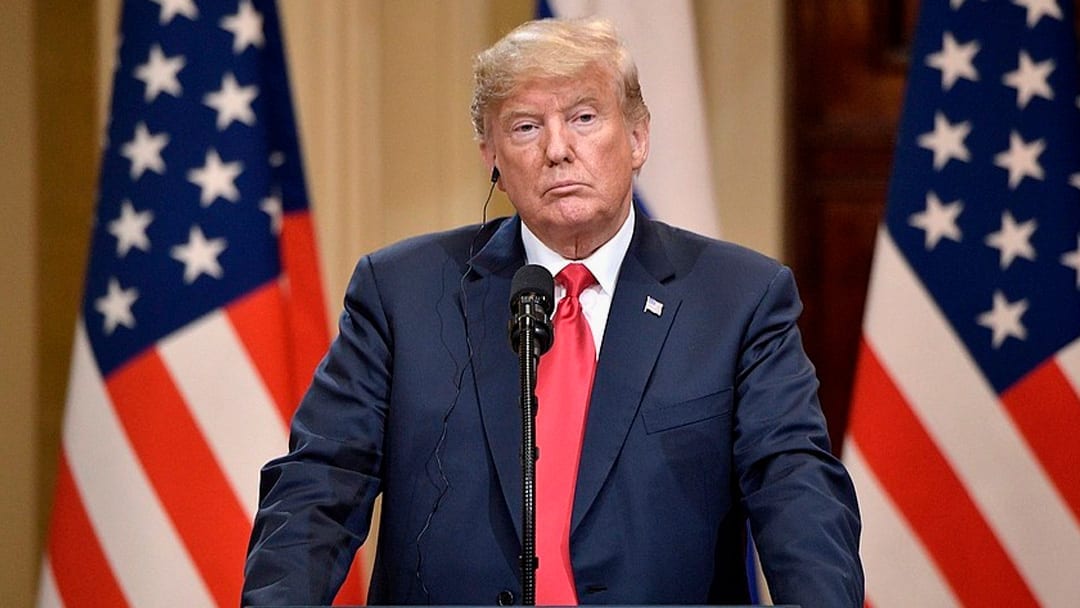 New York (AP) — Large majorities of black and Latino Americans think Donald Trump’s actions as president have made things worse for people like them, and about two-thirds of Americans overall disapprove of how he’s handling race relations, according to a new poll conducted by The Associated Press-NORC Center for Public Affairs Research.

About half of all Americans think Trump’s actions have been bad for African Americans, Muslims and women, and slightly more than half say they’ve been bad for Hispanics.

Trump’s 33% approval rating on handling race relations makes that one of his worst issues in recent AP-NORC polls. That stands in stark contrast to his handling of the economy: About half say they approve of his handling of that issue, while views of current economic conditions continue to be rosy amid robust employment numbers and a strong stock market.

Four in 10 Americans said they approve of Trump overall, according to the poll, conducted before the release of a rough transcript of a phone call showing Trump prodded the president of Ukraine to investigate Democratic political rival Joe Biden and House Speaker Nancy Pelosi’s announcement that she would launch a formal impeachment inquiry.

The poll provides a bleak assessment of how the nation views Trump on race issues as he runs for a second term and repeatedly boasts of his popularity among African Americans and Latinos. Trump has consistently said his economic policies have been good for African Americans and other people of color.

“He speaks nothing but hate rhetoric,” said Chris Smith, 38, an African American information technology worker in Columbia, Tennessee, who considers himself independent but leans Democratic. “If the leader of this country is free to speak like that, there’s going to be people who think it’s OK to speak like that.”

Trump has drawn widespread condemnation for racist rhetoric throughout his presidency. He’s warned of an “invasion” at the southern border, posted racist tweets about four women of color in Congress and attacked Democratic U.S. Rep. Elijah Cummings’ largely black district as a “rat and rodent infested mess.” He’s showered praise on Confederate Gen. Robert E. Lee, a slaveowner who fought to protect the institution of slavery during the U.S. Civil War, and said there were “very fine people on both sides ” of clashes between white nationalists and counterprotesters. But he has claimed he doesn’t have a “racist bone” in his body.

The poll comes weeks after a suspected gunman, who is white, apparently wrote an anti-Hispanic rant before opening fire in El Paso, Texas, with an AK-47-style rifle on Walmart shoppers, many of them Latino. Some blamed Trump’s rhetoric for inciting the gunman.

Simon Wey, 54, a Nigerian immigrant who lives in Houston and is a registered Republican, said the president’s rhetoric on migrants makes him feel uncomfortable.

“I think some of his immigration policies have been hurtful to countries with large minority populations,” Wey said. “There’s a lot of uncertainty now.”

“It’s his attitude. He just has this real cocky way about him,” said Rose Haway, a 62-year-old Hispanic woman who lives in Albuquerque, New Mexico. “It’s what he says in his speeches and the way he’s treated migrant children. I’m appalled.”

Haway also pointed to the Republican president’s rhetoric about his desire to build a wall along the U.S.-Mexico border as especially hurtful.

Shane Chessey, a white Republican from Pittsburgh, lauded Trump’s performance on the economy and thinks critiques of the president as racist or sexist are overblown, even as he acknowledges the president’s language sometimes comes across as “crass.”

“I think he’s trying to bring this country up together,” said Chessey, 54. “Everybody has a fair opportunity to make it in this country.”

Large majorities of Democrats think Trump’s actions as president have been bad for black, Hispanic and Muslim Americans and for women.

The AP-NORC poll of 1,286 adults was conducted Sept. 20-23 using a sample drawn from NORC’s probability-based AmeriSpeak Panel, which is designed to be representative of the U.S. population. The margin of sampling error for all respondents is plus or minus 3.8 percentage points. Respondents were first selected randomly using address-based sampling methods and later were interviewed online or by phone.

Contreras reported from Albuquerque, New Mexico. AP polling editor Emily Swanson contributed to this report from Washington. Hajela and Contreras are members of The Associated Press’ race and ethnicity team.