Gov. Newsom the moderate? On this spectrum, almost every Democratic legislator is further left 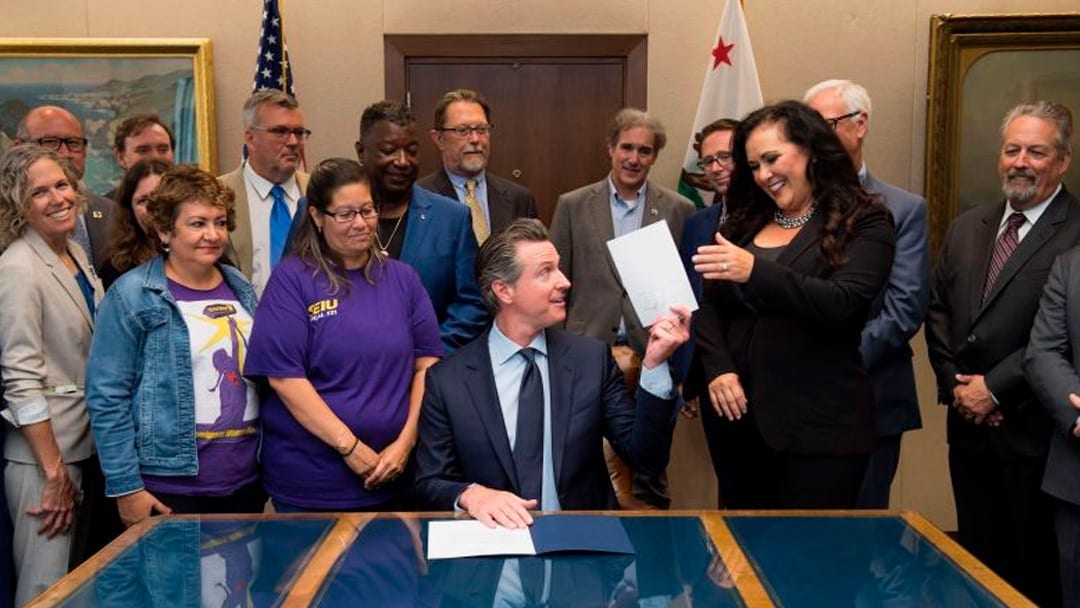 In what may come as a surprise to both California Republicans and the governor himself, Gavin Newsom might just be one of the most moderate Democrats in the Capitol.

Based on an analysis of the 1,042 bills that the governor signed or vetoed this year, Newsom is more conservative than any other Democratic state senator and sits to the left of only two Democrats in the Assembly.

The graphic above builds off an earlier CalMatters analysis, which placed each state legislator on a left-right ideological spectrum.

It makes use of a political sorting algorithm written by political scientists from UCLA, the University of Southern California, Rice University and the University of Georgia that takes “yes” and “no” votes in a legislative session and groups lawmakers together based on how frequently they vote with one another.

Treating each of the governor’s bill signatures as a “yes” and each veto as a “no,” we’ve added Newsom to the chart.

The governor is hardly known as a moderate. In contrast to the reputation for fiscal restraint and pick-your-battles political style that his predecessor Gov. Jerry Brown cultivated during his most recent eight-year tenure, Newsom has been the governor of “big, hairy audacious goals.” In 2018, he ran on a promise to enact a single-payer health insurance system for the state (a promise yet to be realized).

In his first year, Newsom has broken with Brown in ways both legislative and otherwise.

According to Sacramento lobbyist Chris Micheli, the governor signed 69 bills that his predecessor vetoed. That includes some high profile progressive favorites, such as measures that strengthen regulations on charter schools, make it easier for victims of sexual harassment and child sex abuse to sue, and a bill forcing high schools to start later in the morning.

But at least as measured by the bills he has and hasn’t been willing to sign, Newsom, like Brown before him, is still acting as a check on the more expansive ambitions of his liberal colleagues in the Legislature. Most prominent among those vetoes: an environmental “Trump insurance” bill that would have locked in at the state level the federal protections for air, water and endangered species that pre-dated President Donald Trump’s inauguration.

Of course, this spectrum is unable to take into account Newsom’s progressive actions beyond his action on 2019 bills — for example, his March declaration of a moratorium on executions in the state.

There are different ways to measure a lawmaker’s ideological predilections.

The method used to make the graphic above simply took “yes” and “no” votes into account. Unexcused abstentions, in which a present lawmaker decides to do neither, are simply ignored.

But in Sacramento, lawmakers will often make use of these abstentions (marked by legislative staff as “no vote recorded”) to duck a controversial vote. That might be because they don’t want to be on the record one way or another. Or it might be because a lawmaker doesn’t want to be rude to a colleague—a withheld vote evidently being more polite than a “no.”

In any case, treating each “no vote recorded” as a simple “no” changes the results, but only somewhat. Either way, when it comes to legislative matters, Newsom is still far to the right of most Democratic legislators.

Read more about where each state lawmaker falls on the political spectrum here.