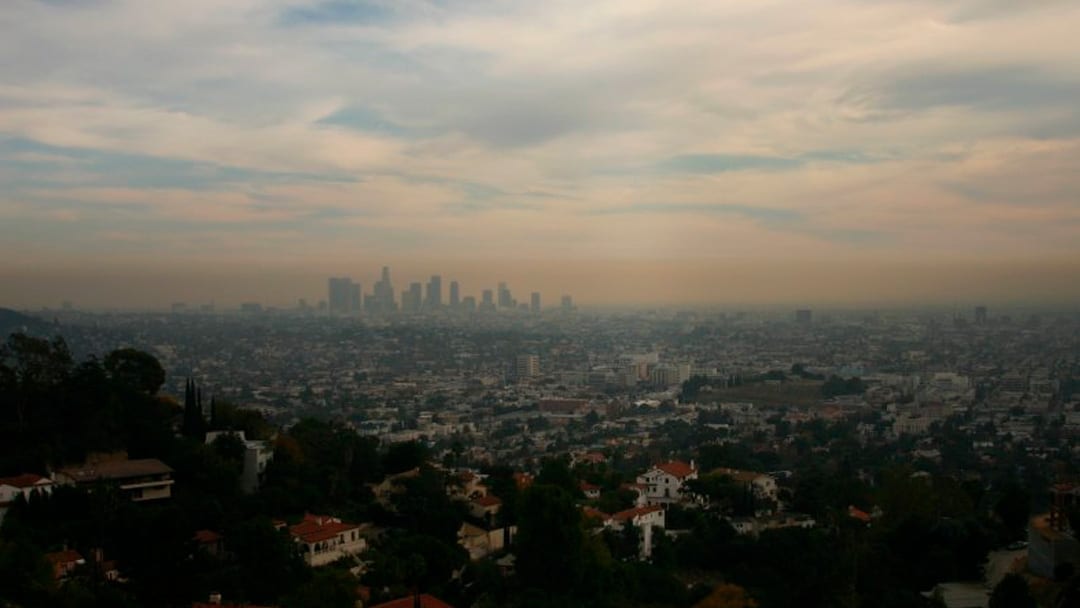 Commuters in California may not have to worry about federal threats to yank highway funding just yet — but the recent tiff with the feds over California’s clean air plans is bigger than a simple paper shuffling standoff.

The fight started with a two-page missive from  U.S. Environmental Protection Agency Administrator Andrew Wheeler. Sent in September, the letter accused California of what the EPA called a “backlog” of federally required paperwork detailing the state’s plans and policies to cut air pollution. The EPA threatened to level sanctions at the state, including withholding federal highway funds, if California did not withdraw plans that the federal government considered “unapprovable.”

California Gov. Gavin Newsom called it retaliation, a “brazen political stunt.” EPA spokesman Michael Abboud told CalMatters in an emailed statement that “Highlighting that California has the worst air quality in the nation along with other serious environmental problems is not a political issue.”

Then last week, California’s head air quality enforcer Mary Nichols responded to the EPA saying that highway sanctions typically take more than 18 months to mete out and, in any case, the backlog is on the EPA’s end, not California’s. “Indeed,” she wrote, “you may not have been aware in writing your letter, has been helping U.S. EPA to resolve its administrative backlog for years.”

The EPA’s Abboud told CalMatters it is reviewing Nichols’ letter, and reiterated that the agency is asking California to withdraw any plans to cut air pollution that can’t be approved, writing: “Every state must comply with the Federal air quality standards, California is not alone or unique in this requirement.”

There’s more to the story than California trading barbs with the feds, according to University of California Los Angeles environmental law professor Ann Carlson. “This is EPA being willing to play very fast and loose with the facts in order to push the president’s agenda.”

So what are the facts? And how will this affect you?

What’s the paperwork California and EPA are fighting about?

Thanks to California’s 39-million-plus people, its pollution-trapping terrain, and the sunny conditions primed for stewing tailpipe emissions into smog, the state has historically bad air quality.

About 93 percent of Californians live in areas that don’t meet federal targets for air pollutants like ozone, the major component of smog, or tiny particles of pollution. California and its patchwork of local air districts are required to come up with something called a State Implementation Plan, or SIP, describing how the state intends to cut air pollution.

Those SIP submissions are piling up at the EPA — more than 130 of them, according to Wheeler’s letter. Why so many? Because “SIP” can refer to both the overarching roadmap for hitting federal clean air targets, and the collection of rules and regulations needed to get there.

That roadmap and the piecemeal trickle of local and statewide policies all end up at the California air board for approval, and for ultimate submission to the EPA. The EPA then has 18 months to decide whether to approve the submissions, which would make the regulation enforceable at the federal level, too, according to Kurt Karperos, deputy executive officer of the Air Resources Board.

In the meantime, the air board and air districts typically start implementing the regulations.  “To the extent we can, we do not wait for EPA to act,” Karperos said. “The challenge is too great in California for us to sit around and wait for EPA.”

Can the EPA really take away California’s highway funding?

Federal and state officials agree on this much: If the air pollution dispute winds its way to federal funding sanctions, Californians can expect to see restrictions on how the state uses certain federal transportation funding. That may affect specific highway projects, but it is too early to know.

Still, experts say that sanctions, if it comes to that, will take awhile. “Even though it’s a big headline, and he’s threatening our money, we have time to work through those issues,” said Tanisha Taylor, director of sustainability at the California Association of Councils of Governments, at a recent workshop.

Once EPA formally notifies a state that its SIP is missing or inadequate, an 18-month clock starts ticking before the EPA can impose sanctions, the nonpartisan Congressional Research Service says. Those sanctions typically start with crackdowns on pollution from sources like heavy industry, according to a Federal Highway Administration webpage. It then takes another six months for sanctions to escalate to highway funding.

Rather than threatening sanctions that couldn’t hit until at least 2021, Karperos said, “Focusing on fixing and clearing out the backlog — EPA’s backlog — would have been a much more productive of everybody’s time.

So if sanctions are a distant threat, what’s the big deal?

The concern is that partisan politicking is replacing a science-based, collaborative federal and state effort to reduce California’s very real pollution problems.

Nichols called the threat of sanctions “an abuse of U.S. EPA authority” in the letter she sent last week. The next day, nearly 600 former EPA employees sent their own letter urging Congress to investigate whether the EPA’s correspondence with California — including a second missive about homelessness and water quality — constituted retaliation against the state.

When asked whether the White House was involved in drafting or motivating the EPA’s letter about the backlog, Abboud said: “No.”

It’s one part of a bigger picture, said UCLA’s Carlson — one that shows the EPA repeatedly taking aim at California.  She pointed to the antitrust investigation launched by the Department of Justice after California reached a tailpipe emissions agreement with four auto companies. And just days before the EPA sent its two letters, the Trump administration finalized a rule to strip California of its power to police tailpipe pollution on its own terms — a move that will end California’s zero-emission vehicle program intended to combat both air pollution and climate change.

Wheeler’s letter, Carlson said, “Is so hypocritical at a time when EPA is trying to remove from California the authority that it needs to come into compliance with air quality standards.”

In its emailed response to CalMatters, the EPA’s Abboud said, “The Federal government has done nothing to bar California to set health based pollutant standards and we are ready to assist California in improving the air quality in their State.”

The air board’s Karperos worries that this very public battle with the EPA is, in fact, a distraction from doing exactly that: cleaning up California’s air. “Rather than threatening to withhold highway money over an administrative issue that we’re working to clear up, it’s much more important for U.S. EPA to be thinking about what it needs to do to clean up trains, which they regulate,” he said, listing other polluters the EPA is largely responsible for: planes, ships, and certain off-road vehicles like construction equipment.

Nichols’ letter includes a graph showing that by 2030 these federally regulated polluters are expected to churn out more of a key smog ingredient than the cars, trucks, and equipment California regulates across a major chunk of southern California.

EPA did not respond to a CalMatters request for comment about Nichols’ concern that EPA is failing to reduce emissions from federally regulated sources. Abboud said only that “California has been granted Clean Air Act waivers for a wide variety of emissions from a wide variety of vehicle types,” and provided a link to a list. He also sent a link to a press release about air pollution trends, saying: “EPA and its state and local partners continue to see substantial reductions in emissions that contribute to ozone, particulate matter, and other criteria pollutants across the country.”

In the end, it isn’t about pointing fingers, Karperos said — it’s about keeping Californians healthy. “We may argue about backlogs, but it’s really about what’s in the air they’re breathing.”