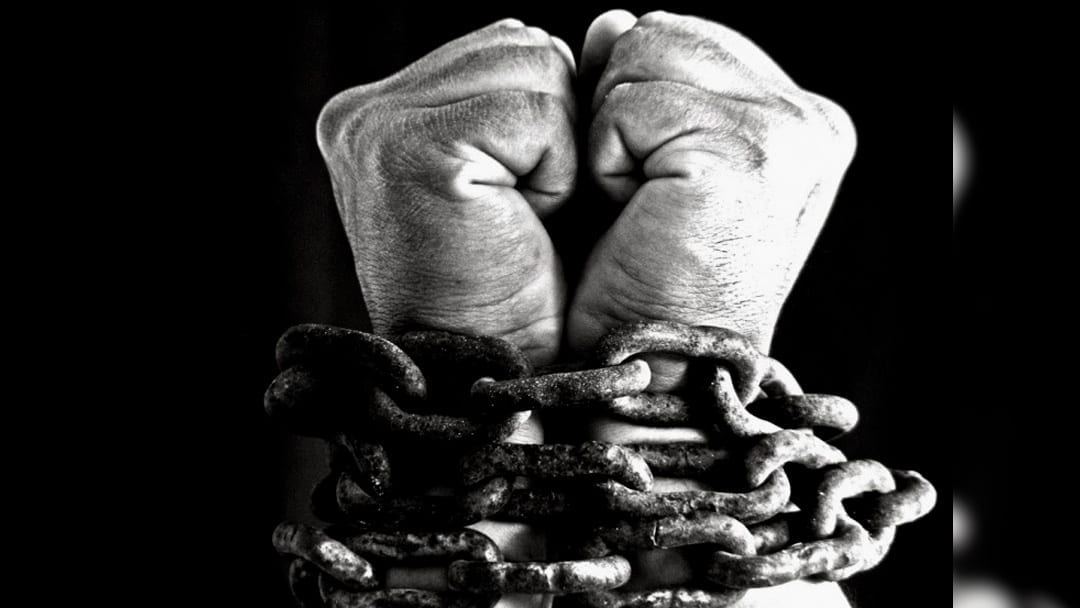 Detroit, MI (AP) — Few Americans are in favor of giving reparations to descendants of enslaved Black people in the United States, a poll shows, even as the idea has gained momentum among Democratic presidential contenders.

Only 29 percent of Americans say the government should pay cash reparations, according to the Associated Press-NORC Center for Public Affairs Research poll.

But the poll reveals a large divide between Americans of different racial and ethnic backgrounds.

“None of the Black people in America today are under the slavery issue,” said Statzer, who is White. “It’s over with.”

Using taxpayers’ money to pay reparations “would be unfair to me,” she added. “My ancestors came to this country, worked hard to become Americans and never asked for anything.”

Not everyone realizes how horrible slavery was to Black Americans, said 63-year-old Nathan Jordan, adding that the federal government should apologize for slavery “because it was wrong.”

While he supports reparations, Jordan, who is Black and lives in Vienna, Georgia, can’t put a dollar figure on what would be fair.

“I don’t think the government could even afford that,” he said. “I don’t know what the value would be. There are still a lot of (Black) people trying to catch up. I’m not sure if they’ll ever catch up.”

Alicia Cheek, 56, of Asheboro, North Carolina, who is Black, opposes both reparations and a government apology, saying White people today “can’t be liable for what their ancestors did.” She also questions how a fair amount could be determined.

The nation is marking 400 years since the first slave ship sailed to what would become the United States, bringing about 20 slaves to the British colony at Jamestown, Virginia, in 1619.

Over the next two centuries, more than 300,000 men, women and children were forcibly brought to what is now the U.S. from Africa, according to the Trans-Atlantic Slave Trade Database.

The debate on reparations has flared on and off since the moment slavery in the U.S. officially ended in 1865.

After the Civil War, Union Army Gen. William Tecumseh Sherman promised compensation to freed slaves in the form of land and mules to farm it — hence the phrase “40 acres and a mule.” But President Andrew Johnson took away the offer.

More than 120 years later, then-Rep. John Conyers, a Detroit Democrat, introduced legislation to establish a commission to develop reparations proposals. He reintroduced it in every congressional session until he resigned in 2017, and it was reintroduced last year by Rep. Sheila Jackson Lee, a Texas Democrat. Presidential candidate and Democratic Sen. Cory Booker of New Jersey filed a Senate companion bill this year.

Other Democratic candidates have come out in support of reparations or at least a commission to study it.

Anita Belle, founder of the Reparations Labor Union in Detroit, says “doing the right thing means making amends for what a nation did wrong.”

Belle said she was encouraged to see even a low level of support for reparations among White Americans.

An apology for slavery would help the country move on, said Reuben Miller, assistant professor in the University of Chicago School of Social Service Administration.

“And by moving on, I don’t mean moving on and forgetting,” he said. “I mean moving on past the atrocity. It would teach a lesson about the relationship of Black Americans with their government.”

The new poll finds that about 3 in 10 Americans think the history of slavery still has a great deal of influence on Black Americans. About another 3 in 10 think it has a fair amount of influence.

“We have to look at righting the wrong with cash to the people that were done wrong,” Belle said. “To just say we aren’t going to do anything is to just perpetuate the wrong.”

The AP-NORC poll of 1,286 adults was conducted Sept. 20-23 using a sample drawn from NORC’s probability-based AmeriSpeak Panel, which is designed to be representative of the U.S. population. The margin of sampling error for all respondents is plus or minus 3.8 percentage points. AP-NORC Center: http://www.apnorc.org/