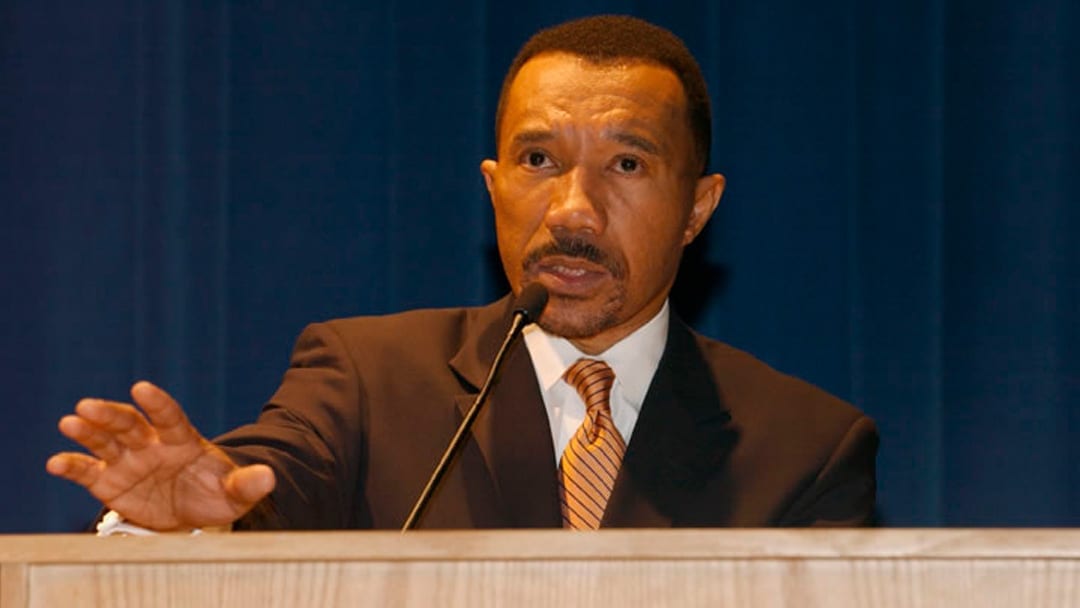 Baltimore (AP) — A former leader of the NAACP, Kweisi Mfume, launched a bid to return to Congress Monday, entering the race for the Maryland congressional seat that became vacant with the death of U.S. Rep. Elijah Cummings last month.

Mfume, a close friend of Cummings, held that seat from 1987 to 1996 before stepping down to lead the civil rights organization. Maryland’s 7th Congressional District includes parts of Baltimore and Howard and Baltimore counties.

“It is out of that unpredictable reality that I stand here before you today,” he said of Cummings’ death. “I honestly believe that I have to find a way to make sure that all he and others fought for is not lost, tossed to the side or forgotten.”

Mfume, 71, currently chairs the board of regents of Morgan State University, a historically Black school in Baltimore. He is also vice chairman of the medical and health advocacy group Board of Research America.

Some parts of the majority-Black 7th District face entrenched poverty and violent crime, but it also includes affluent areas and landmarks such as Johns Hopkins University, the Social Security Administration and the Centers for Medicare and Medicaid Services.

Gov. Larry Hogan has set a special primary for Feb. 4 and a special general election for April 28, which will coincide with the state’s previously scheduled spring primary. Candidates have a Nov. 20 deadline to file required paperwork.

Democratic state Del. Talmadge Branch last week announced he would seek the seat. A state legislator representing a district in Baltimore since 1995, Talmadge is currently the majority whip in the Maryland House of Delegates.

Cummings died Oct. 17 at the age of 68 of complications from longstanding health issues.

Mfume won a seat on the Baltimore City Council in 1978. In 1985, U.S. Rep. Parren Mitchell announced his retirement, and Mfume won the seat the following year. He retired from Congress in 1996 to lead the NAACP, whose headquarters are in Baltimore, and he remained in the leadership position for nine years.

Mfume tried to return in politics in 2005, when he ran for the U.S. Senate seat that was open due to the retirement of Sen. Paul Sarbanes. He lost in a crowded primary to Ben Cardin, who went on to win the Senate seat.

Mfume told a group gathered for his announcement at a museum of African-American history and culture in Baltimore that he has the experience needed to get to work from “Day 1.” As he campaigns in the #MeToo era, he may face questions from voters about a relationship he had with an employee during his tenure at the NAACP.

A confidential report prepared by a lawyer hired by the organization and leaked in 2005 probed allegations that Mfume gave preferential treatment to a staff member he had dated. According to another document, Mfume faced questions about romantic relationships with NAACP employees dating to 1998. Staff lawyers investigated reports of a fight between two women, allegedly over his attentions. One woman was disciplined; the other was promoted several months later.

“Well, I would say what I said 15 years ago when it happened. As a single man, I had a dating relationship with a single woman for about six or seven months, and I said afterward it was clearly wrong,” he told reporters following his campaign kickoff.