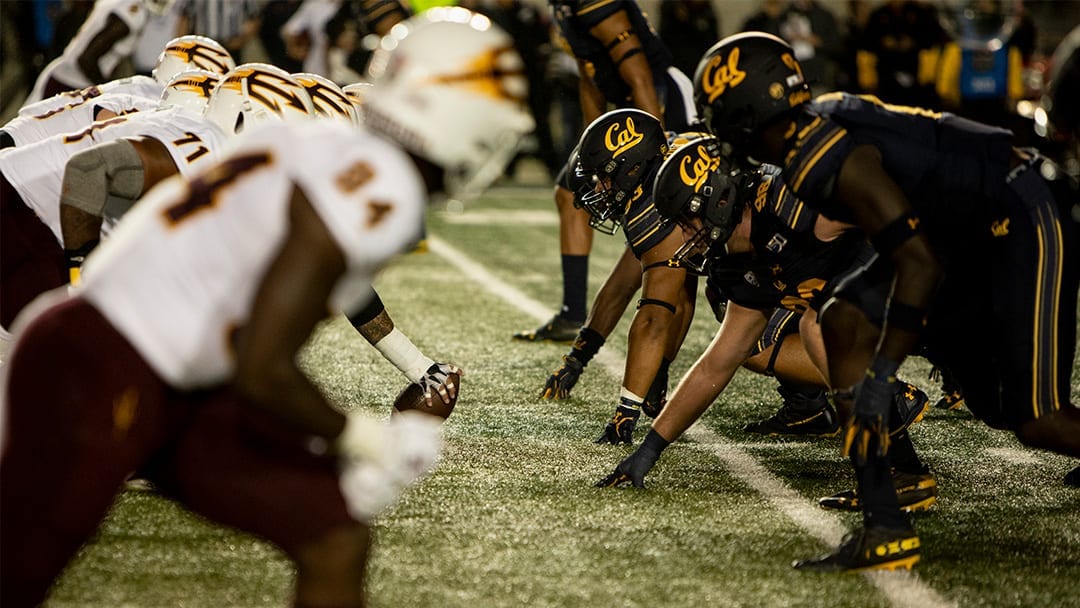 As California’s new student-athlete compensation law continues to spark a nationwide movement, the NCAA Tuesday agreed to allow college players to sign paid endorsement deals, but left itself room to define the terms of those agreements.

The decision, which even in its limited form represents a dramatic shift for college sports economics, could ease the fears of California universities that their students might be barred from NCAA tournaments if the association did not change its own rules. And it’s a sign that the NCAA is feeling the heat as at least 10 other states consider passing bills similar to California’s.

“We must embrace change to provide the best possible experience for student athletes,” NCAA board of governors chair Michael Drake said in a statement released at the board’s meeting in Atlanta, where members voted unanimously to break with existing policy and let student athletes profit from the use of their name, image and likeness “in a manner consistent with the collegiate model.”

It’s that last phrase that has observers in California wondering. The state’s Fair Pay to Play Act, signed by Gov. Gavin Newsom in September, does not allow student athletes to earn salaries, but places few restrictions on their ability to market themselves to potential sponsors; they must only avoid conflicting with universities’ existing endorsement deals.

But on Tuesday, the NCAA board said any rule changes will be guided by eight principles, including that they will “reaffirm that student-athletes are students first” and “protect the recruiting environment.”

That could mean authorizing some types of compensation — such as a star athlete earning money from ads on her YouTube page — but not those that could be viewed as connected to recruitment, such as a local booster paying athletes to appear at his small business. The board asked its three divisions to prepare new rules based on the principles no later than 2021.

California’s law doesn’t take effect until 2023, and both Newsom and the law’s coauthor, state Sen. Nancy Skinner, have said they hope to work with the NCAA on a solution that could apply nationwide.

Skinner said Tuesday that there may be other “appropriate rules” that would strengthen the California law, “but we have to see what the NCAA means. California has been clear that we won’t accept arbitrary limitations on an athlete’s ability to generate income.”

Much of the speculation in California had revolved around whether the NCAA — which has called the Fair Pay to Play Act unconstitutional — would sue the state, follow through on its threat to exclude California athletes from tournaments, or seek a compromise. Long Beach State athletic director Andy Fee told CalMatters last month that California’s legislation could complicate recruiting if the NCAA did not take action.

California State University spokesperson Mike Uhlenkamp said Tuesday the university was still reviewing the NCAA’s statement but called it “a step in the right direction.”

Meanwhile, the number of state and federal bills seeking to mirror California’s continued to grow — and some have effective dates earlier than California’s.

A measure authored by Florida Rep. Chip LaMarca and endorsed by that state’s governor, Ron DeSantis, would take effect next year. A bill by New York state Sen. Kevin Parker would go farther than California’s, setting aside 15% of college athletic revenue for players, while one pending in New Jersey is more restrictive, barring any endorsement deals with companies marketing alcohol, gambling, tobacco and certain other products. At least two federal bills are also in the works.

Other recent events have ratcheted up the pressure on the NCAA to find a nationwide solution.

Earlier this week, the NFL Players Association announced that it would partner with the National College Players Association, a key backer of the California law, to represent college athletes in group licensing and merchandising agreements.

“It’s important for players to have a vehicle for group licensing that puts players as the top priority, not the colleges,” said NCPA executive director Ramogi Huma, a former UCLA football player.

He said details of the partnership were evolving and would depend on how state and federal laws develop. But he added that they could include licensing players’ name, image and likeness for video games, negotiating group deals for college athletes who also play on national teams, and using some of the earnings to start a relief fund for injured players.

And a new startup basketball league, the Historical Basketball League, hopes to market itself as an alternative to the NCAA, paying college players salaries along with scholarships to play on independent teams in eight East Coast cities, The Los Angeles Times reported.

The NCAA had originally billed the recommendations filed by a working group to the board of governors Tuesday as a “final report.” But they now seem more likely to serve as a launching point for an internal NCAA discussion that will carry on at least until next spring.

Drake, a former chancellor at the University of California at Irvine who now serves as president of Ohio State University, called Tuesday’s announcement “a natural extension of the numerous steps NCAA members have taken in recent years to improve support for student-athletes.”

Those reforms — prompted in part by a landmark lawsuit filed by former UCLA basketball player Ed O’Bannon — include allowing athletes to receive unlimited meals and scholarships that cover up to their full cost of attendance.

But the details of even those rules continue to be contested: Cal Poly San Luis Obispo, for example, was recently fined, placed on probation and had some of its wins stricken from official NCAA records after officials with the association said it had given players excessive allowances to buy textbooks. (The university is appealing the sanctions.)

Header Photo: Cal football players line up against ASU on September 27, 2019. Confronted with a California law allowing student athletes to earn money from endorsements, the NCAA has shifted its policy on athlete pay. Photo by Anne Wernikoff for CalMatters