To solve homelessness, Californians must treat certain crimes as cries for help 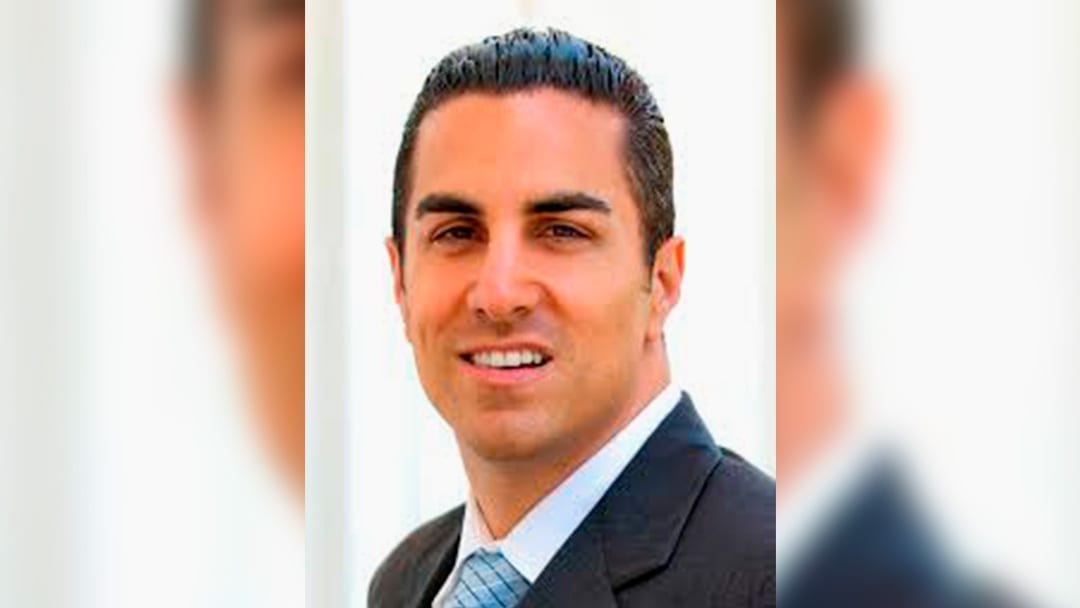 By Mike Gatto | Special to CalMatters

Those of us who have watched a friend or family member wrestle with addiction or cope with mental illness recognize that certain acts are a cry for help.

For one of my friends, it was getting into a car accident while under the influence, with her young children inside.

For others, it might be strange behavior or even violent acting out. When we witness such actions, those of us who care try to get help. Help comes in two steps:

But what does society do for those who need help, but who do not have a caring support network around them?

What do we do for those people who are so deep in the depths of addiction or mental illness that they don’t even know they need help, and have no guardian angel to tell them so?

Should we leave them alone to fend for themselves? And does your answer change if they become dangerous to themselves or others?

I believe that if our society started treated certain misdeeds as an opportunity to stage an intervention and steer someone toward needed resources, we could solve the pervasive issue of homelessness, which hasn’t responded well to purely economic solutions thus far. In other words, we must treat certain crimes as cries for help.

There are many reasons why people become homeless.

A spouse fleeing an abusive relationship or someone who lost his or her job are prime candidates for conventional outreach and economic solutions: build more housing, and make a rational person aware of it.

But a comprehensive solution would also address people who are homeless for reasons that diminish logical behavior, like addiction or mental illness.

I won’t be drawn into a debate about what percentages of homeless people are so.  A recent, credible study placed that number at 76% in Los Angeles. But even if it is 40% or 30%, what are we doing to reach them?

That is why I have proposed a ballot initiative, California’s Compassionate Intervention Act, to treat certain existing crimes as opportunities to engage the homeless.

Under the proposal, acts like defecating on public transportation or shooting meth on the street would be strictly enforced. A special court would be created to assess whether a person committed those crimes due to a drug dependency or mental-health issues. 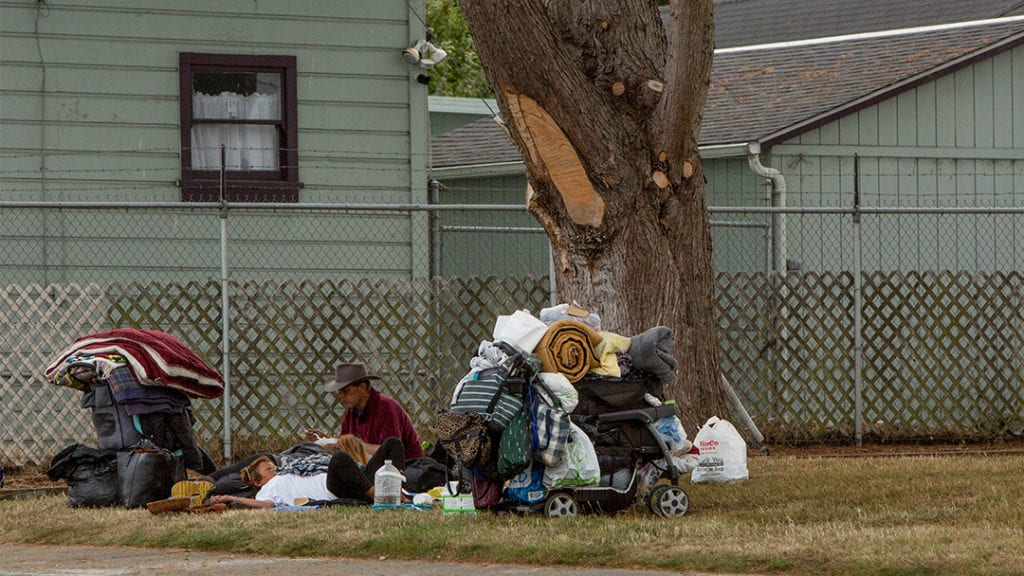 A man and woman rest and eat on a grassy patch surrounded by belongings in Eureka on August 21, 2019. Photo by Anne Wernikoff for CalMatters

Once a person completes his or her “sentence” of court-mandated rehab, the “conviction” would be automatically expunged, so there would be no harm to that person’s record.

It’s important to note that my proposal does not create any new crimes.

Unlike previous attempts by cities, it doesn’t criminalize homelessness by banning sleeping on the street. Even now, prosecutors are free to enforce the laws that my measure treats as cries for help. But they don’t, and demoralized police forces don’t make arrests, because they know our system would fail that person.

Sending someone to jail for a few days who needs long-term mental-health treatment is a pointless exercise. Our system is broken, and needs to change.

However, a byproduct of my proposal is a return of respect for the law. If you exposed yourself to kindergartners walking to school, you’d have to register as a sex offender. If you littered in the most egregious possible way, you’d have to pay a fine.

So looking the other way because a perpetrator needs help that we aren’t providing isn’t the right solution. Especially when studies show that certain homeless people prey on other homeless.

If you still don’t understand, imagine being transported back in time to Victorian England. You see a Dickensian orphan steal a loaf of bread in front of you. Society can do one of three things:

This third path is the right one. Applied to homelessness in the modern world, we can and will make a difference. Please read more about my initiative by clicking here.

Mike Gatto is a lawyer and former Democratic assemblyman from Los Angeles, Mike@mikegatto.com. He wrote this commentary for CalMatters, a public interest journalism venture committed to explaining how California’s Capitol works and why it matters.