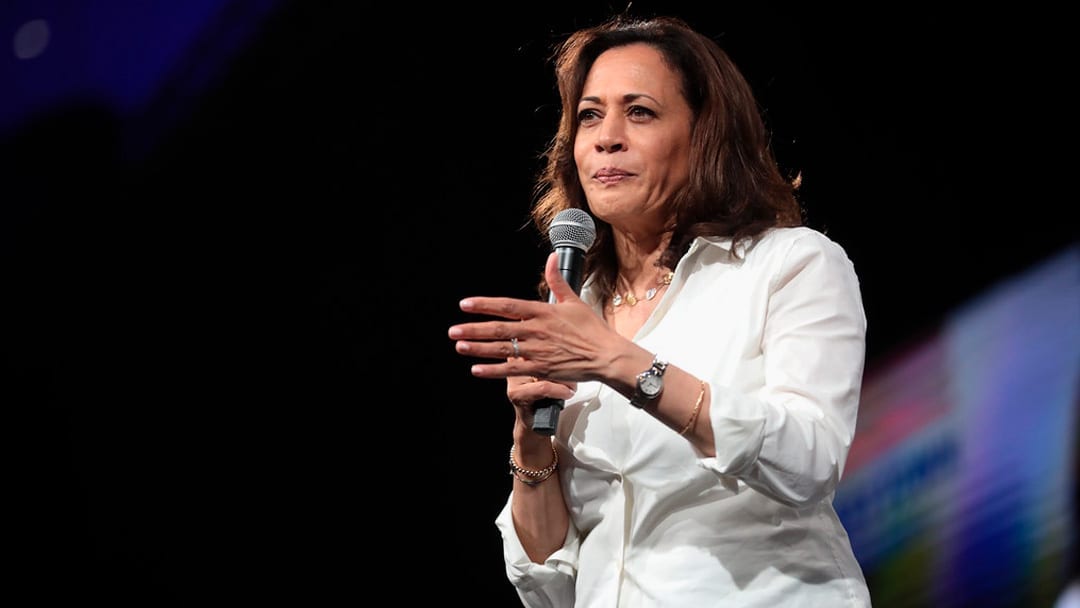 (AP) – Kamala Harris got a much-needed boost this past week when the California senator picked up the endorsement of Higher Heights, the country’s largest political organization aimed at electing Black women.

But Elizabeth Warren would not be outdone. A day after Harris’ announcement, the Massachusetts senator won the backing of more than 100 Black female activists. She also picked up the coveted endorsement of Rep. Ayanna Pressley, a Black woman from her home state and the only member of the so-called squad of progressive lawmakers not to side with presidential candidate Bernie Sanders.

The dueling endorsements signal an emerging battle between Warren and Harris for the support of Black women, who are the Democratic Party’s most loyal and consistent voters. Both White House hopefuls are struggling with Black voters, who have sided with Joe Biden by large margins. But as the election moves into a critical phase with just months before voting begins, the announcements this week highlight the contrasting styles of the surging progressive firebrand and the lone Black woman in the Democratic field.

“We’re still on a long road, and Black women are still shopping,” said Higher Heights co-founder Glynda Carr. Harris is “exactly what our organization was built on, to be able to help support and invest in qualified Black women to run for offices at all levels. At the end of the day, even if she ends up not being your top choice, Black women should be celebrating this moment.”

Both candidates are expected to keep up their outreach in the weeks ahead. Warren will deliver a speech about the legacy of Black female workers at historically Black Clark Atlanta University later this month. Around the same time, Harris also plans to participate in a South Carolina town hall with Higher Heights.

They’ve both courted Black women almost since the beginning of their campaigns.

When Harris launched her presidential bid on Martin Luther King Jr. Day, many observers assumed her bona fides as a graduate of historically Black Howard University and a member of Alpha Kappa Alpha — the nation’s oldest Black sorority — would give her an advantage among the throng of candidates. Many young Black women were especially excited about her candidacy. But that hasn’t yet translated into support as Harris falls in the polls.

In a call with reporters this week, Harris acknowledged the campaign still has work to do to win Black women.

“I am fully aware that we are asking people to believe in something that they’ve not seen before,” Harris said. “This is the challenge I’ve faced in every office I’ve run for.”

Marcia Fudge, a Democratic congresswoman from Ohio and a Harris surrogate, said the senator is running a campaign of belief that is common for Black women.

“We kind of get counted out an awful lot,” Fudge said. “Our culture just is not a very trusting culture. We have to convince Black women, in particular, that if we support her, we can win. Black women want to support another woman. She’s the only other choice. If they believe Kamala is not viable, (Warren) is the fallback position.”

Warren began attracting attention from Black women this spring after announcing her plan to address racial disparities in maternal mortality at a town hall for female voters of color. At a campaign stop this week at North Carolina A&T University — another HBCU — she was the guest on political strategist Angela Rye’s podcast. Pressley also joined her for the event.

As a White woman, Warren, however, faced skepticism from Black activists.

“We have experiences on the day-to-day that remind us that White women are likely to throw us under the bus if it means protecting themselves,” said Angela Peoples, the director of the organizing group Black Womxn For. She was photographed during the 2017 Women’s March sucking a lollipop and holding a sign that read: “Don’t Forget White Women Voted For Trump.”

But Warren’s policy proposals were getting attention. Leslie Mac, another activist involved in organizing this week’s endorsement of Warren, said her group text chat with Black girlfriends began buzzing about Warren over the summer.

“There was literally that question of ‘Have y’all been looking at Elizabeth Warren?'” Mac recalled. “‘Is she for real? If we wanted to meet with her, would she come?'”

Warren met with the activists at the Netroots conference in July. Sitting across the table from Warren, they questioned her candidly on her policies and, more fundamentally, whether they could trust her to advocate for them. The senator ultimately committed to several requests from the group to address inequality and promote diversity in her would-be administration.

Mac said her decision to back Warren came down to choosing a candidate who is “organizable and that can be held accountable.”

“She has strong plans that will positively affect the material lives of Black people,” Mac said. “I can appreciate the work Sen. Harris has done in her career and campaign and also feel that she is not the candidate for me.”

Charlene Carruthers said despite also being a Black woman, Harris was never on her radar because she doesn’t view the California Democrat’s record or platform as progressive but said her presence in the race could be a conflict for Black women weighing whether to support Warren.

“There is a recognition that her candidacy is important, significant and it matters,” said Carruthers, a Chicago-based activist who led a roundtable with Warren and activists in the city earlier this year. “Should (Harris) win the primary, we’re in a much different conversation.”