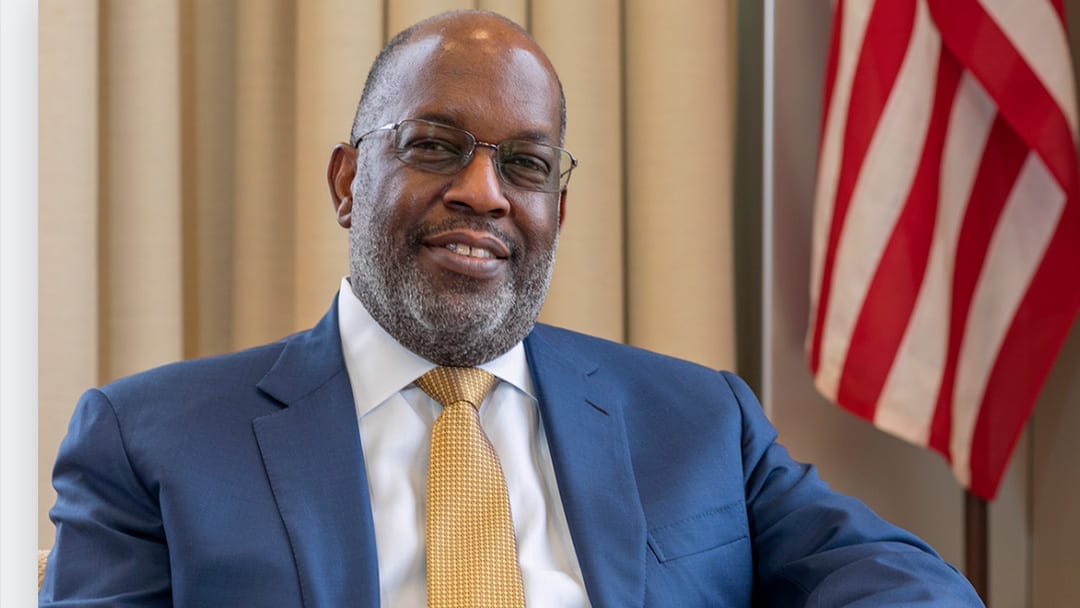 “I’ll be discussing technology and equity in healthcare,” Tyson tweeted not long before sitting on a panel at the annual gathering of Blacks techies that he and more than 5,000 other guests attended at the Oakland Convention Center.

The next morning, just about 24 hours later on Sunday, Nov. 10, Kaiser Permanente, the health insurance and hospital system Tyson led as CEO since 2013 – and Chairman since 2014 – announced the 60-year-old executive’s sudden death.

“It is with profound sadness that we announce that Bernard J. Tyson unexpectedly passed away early today in his sleep,” Kaiser Permanente wrote in a statement published on the organization’s website.

Tyson’s family has not yet announced the cause of his death.

“On behalf of our Board of Directors, employees and physicians,” Kaiser’s statement continued, “we extend our deepest sympathies to Bernard’s family during this very difficult time. An outstanding leader, visionary and champion for high-quality, affordable health care for all Americans.”

Later on Sunday, Americans across the country – and Californians across the state – joined Tyson’s shocked family members, colleagues and loved ones to remember the Bay Area native’s many contributions to his home state and country.

“Our nation has lost a powerful, brilliant, and inspiring leader and voice for health equity and health justice,” Robert K. Ross, president and CEO of the California Endowment (TCE), told California Blacks Media in an email. “Peace, blessings, and the Lord’s loving embrace to my friend Bernard, and to his family.” TCE is the largest private health foundation in the state.

“I am heartbroken upon learning of the passing of Bernard Tyson,” Lee said. “Bernard dedicated his life to making health care more accessible for our communities. My prayers and condolences are with his family and loved ones during this time.”

“Jennifer and I are deeply saddened to learn of the passing of health care pioneer and our dear friend Bernard Tyson,” the governor wrote. “Bernard’s vision and influence made an impact at home and abroad, and he led with excellence on behalf of millions of Kaiser patients and thousands of employees.”

Tyson, known across the country as one of the leading experts on U.S. health policy, was the only Blacks CEO of a billion-dollar corporation of a similar size in California. If Kaiser were publicly traded and were not a non-profit corporation, it would have been the 42ndlargest Fortune 500 company in the United States.

Tyson was also one of only five Blacks CEOS in the United States leading a major corporation.   Kaiser Permanente administered 12.2 million health plans in 2018 and reported a net income of $2.5 billion. The corporation’s operating budget hovers just under $80 billion and it runs more than 700 medical facilities, including hospitals, across the United States.

People who knew Tyson also remember him as a champion of racial justice and an advocate for diversity and equality in the work place.

“He was a visionary and championed for best quality and affordable healthcare, especially in underserved communities,” Johnson wrote in another tweet. “Bernard spent over 30 years at Kaiser and as an African-American man, I was so proud when he was named CEO.”

In 2017, Time Magazine included Tyson on its list of the world’s 100 Most Influential people.

The Golden Gate University alum (undergrad and graduate degrees) also served on a number of boards, including the American Heart Association and the San Francisco-based technology company Salesforce.

“A light unto this world has gone out,” tweeted SalesForce CEO Marc Benioff. “He always did so much for others and the world. One of the world’s greatest CEOs.”