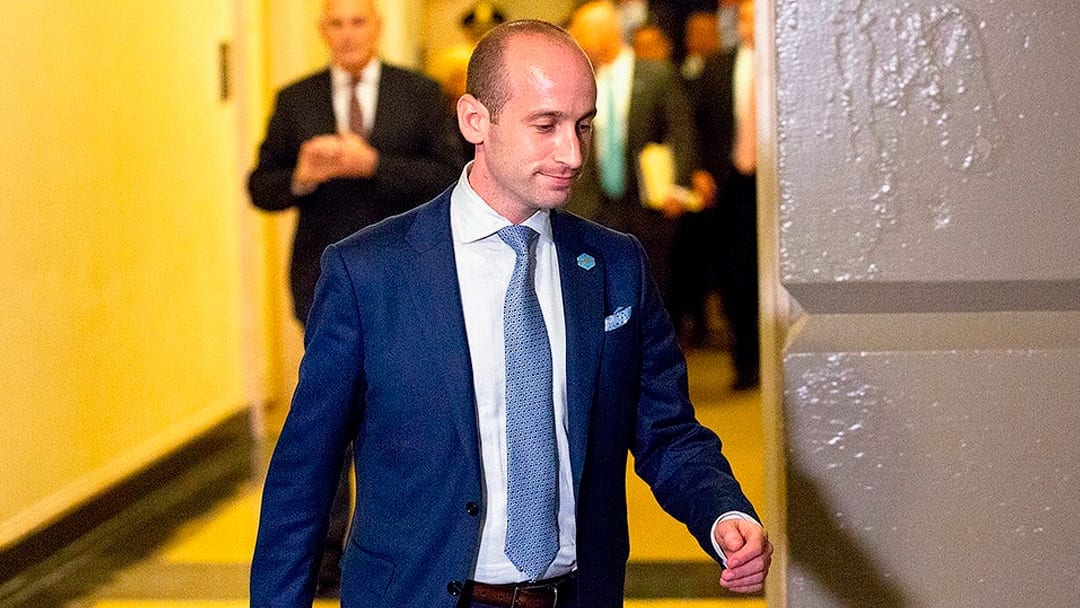 The nonprofit’s Hatewatch blog published portions of emails that Miller sent to Breitbart editors in 2015 and 2016, the majority from he was working for then-U.S. Sen. Jeff Sessions but before he joined Donald Trump’s presidential campaign in 2016.

The SPLC said it reviewed about 900 email exchanges, in which Miller often discusses immigration stories, provided by former Breitbart editor Katie McHugh, who was fired in 2017.

In one excerpt, Miller suggested a dystopian novel popular among the far right about violent migrants who invaded France while discussing the pope’s immigration message: “Also, you see the Pope saying west must, in effect, get rid of borders. Someone should point out the parallels to ‘Camp of the Saints.'”

“Have you thought about going to Amazon and finding the commie flags and then doing a story on that?” Miller wrote, according to the published emails.

While responding to a question about whether a hurricane would drive migration from Mexico, Miller wrote that it “100 percent” would and migrants would receive temporary protected status, or TPS. “That needs to be the weekend’s BIG story. TPS is everything,” Miller wrote.  Miller then sent a link from VDARE, an anti-immigration website that has published work by White nationalists. The article focused on instances in which the United States offered refugees temporary protected status, the SPLC said.

VDARE founder Peter Brimelow has denied that his website is White nationalist but acknowledged it publishes works by writers who fit that description “in the sense that they aim to defend the interests of American Whites.”

“Americans should be terrified by the casual way that Stephen Miller, who has enormous influence in the White House, shares racist content and speaks the language of White nationalists in emails to people he apparently considered fellow travelers,” Michael Edison Hayden of Hatewatch said in a news release.

Hatewatch wrote that it was unable to find any examples of Miller “writing sympathetically or even in neutral tones about any person who is nonWhite or foreign-born.”

White House Press Secretary Stephanie Grisham said officials had not seen the report but lashed out at the Southern Poverty Law Center’s credibility.

“They libel, slander, and defame conservatives for a living. They are beneath public discussion,” Grisham said.

Miller worked for Sessions, who was a Senate hardliner on immigration before becoming Trump’s first attorney general. Sessions is running for Senate again in 2020.