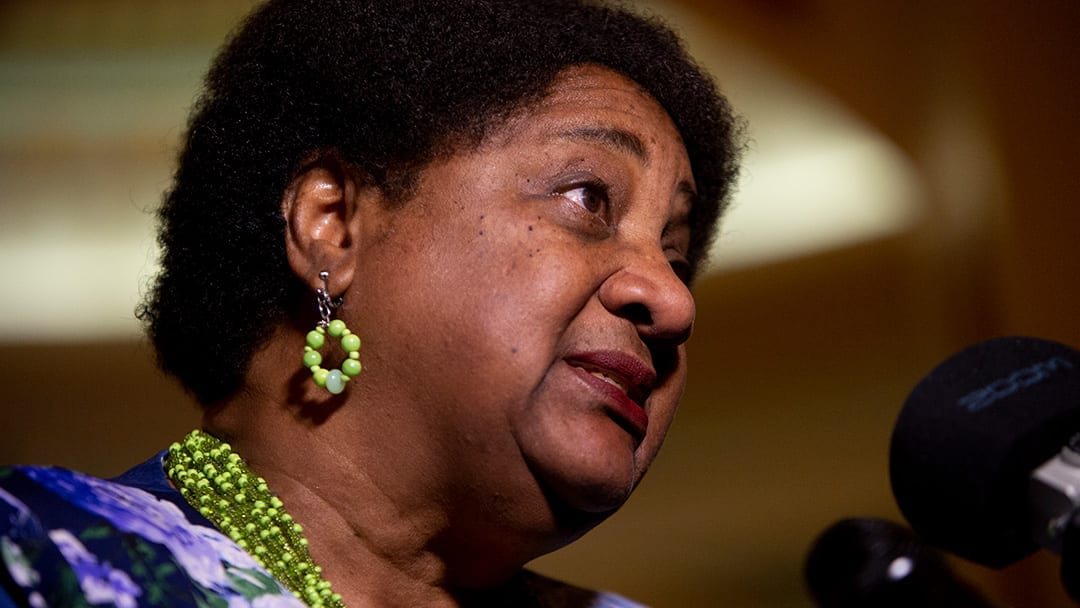 Seven years after California started pumping billions of dollars into schools with the neediest students — an attempt to narrow a chronic academic achievement gap — a new state audit has found that the state’s landmark school funding law isn’t adequately ensuring that targeted money is actually going to the disadvantaged students it’s supposed to help.

The audit released Tuesday is the latest in a growing body of research fueling calls for more state oversight of California’s groundbreaking 2013 overhaul of school finance.

The Local Control Funding Formula, or LCFF as it is known, simplified the way the state pays for schools, directing extra money to districts with high proportions of low-income students, foster kids and English learners and pushing many spending decisions to the local level. But it has been criticized by some legislators, advocates and researchers for not including consistent and clear spending transparency.

Legislators and advocates have long debated requiring districts to track spending, but Gov. Jerry Brown and some education leaders resisted, asking for more time to let districts settle into the new system.

The state audit points to a likely effort next year, under a new governor, to tweak to the landmark legislation. As the funding formula enters its seventh year, state test scores have been slow in elevating disadvantaged students’ performance more into parity with their wealthier peers, which was one of the formula’s key goals.

And lawmakers are concerned that some school districts may be using money intended to help high-need students to instead pay for salaries, pensions and other across-the-board services.

In a letter to Gov. Gavin Newsom, State Auditor Elaine Howle wrote that her team “had difficulty determining the extent to which the districts used those funds to increase or improve services for intended student groups.”

Auditors also found that the state’s implementation of the new funding formula meant that the three districts singled out for a spot check — Oakland, Clovis and San Diego — identified $320 million intended for disadvantaged students as money that could be used for basic district expenses.

Those errors, according to state auditors’ calculations, imply that billions of targeted dollars might have been identified by districts statewide as “base” funds.

“We are concerned that the state does not explicitly require districts to spend their supplemental and concentration funds on the intended student groups or to track how they spend those funds,” Howle wrote. The current rules, she added, don’t yield enough information to determine whether the money is being spent as intended and whether system is working effectively.

Legislators, school officials and advocates generally view the Local Control Funding Formula as a clear improvement to California’s previous and more restrictive school funding system because it removed burdensome spending requirements for local districts. Supporters of the funding law say it has resulted in better outcomes for students, pointing to studies that link the funding formula to rising graduation rates.

But virtually since the outset, the new law has drawn criticism from some legislators and advocates who’ve argued several points included in the audit’s findings. Among them: that too many districts are too technical or too vague in documenting how they’re spending under the state’s funding formula, which distributed $55 billion to school districts in 2018-19. 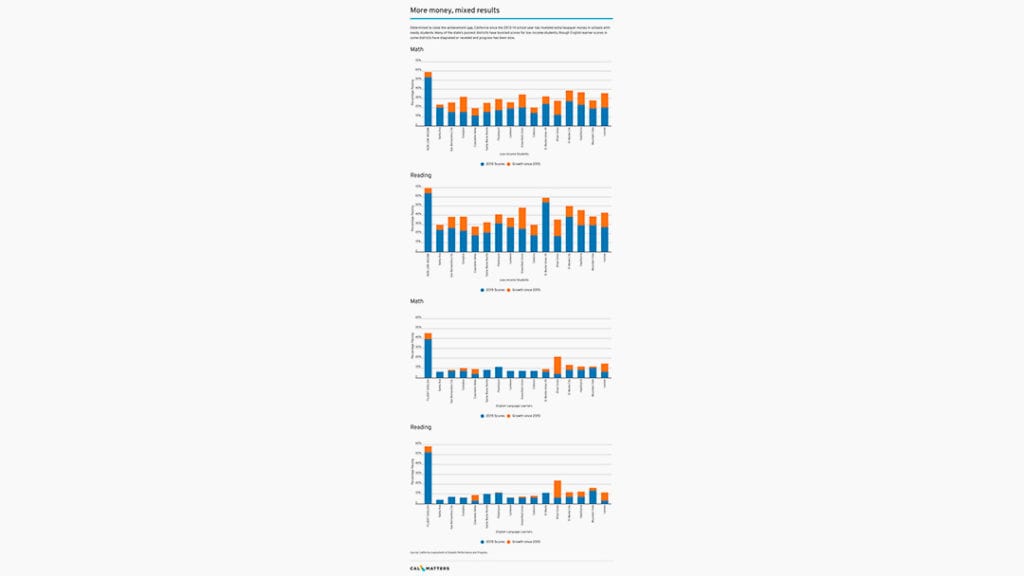 The law intended for districts to steer those extra concentration and supplemental funds toward funding programs and services specifically aimed at those high-need students. But the gradual statewide improvement in standardized test scores hasn’t impressed critics. Nor has the scant progress in closing the achievement gap between black, Hispanic and poor students and their white, Asian and wealthier peers.

The audit stressed the difficulty state investigators had in linking spending toward actual, improved services for high-need students in part because the state’s requirements spelling out how districts prove they’re appropriately spending money is “essentially meaningless.”

The law lacks clarity, the report says, calling for the state to explicitly require that school districts spend all of their extra funds on disadvantaged students.

The audit also recommends that the state take steps to make districts’ Local Control Accountability Plans — which are supposed to communicate to parents student progress under the funding law — more readable and accessible to the public. The State Board of Education is already taking steps to improve the accountability plans and expects to adopt a new template for schools to use in January.

School officials in the audited districts indicated that the state does not give districts enough in base funds to cover all of their operating expenses, adding pressure to dip into supplemental and concentration dollars to cover basic costs. A 2018 Stanford study cautioned that funding challenges such as rising costs for pensions and special education threatened the long-term success of the Local Control Funding Formula and other education reforms if the state didn’t invest billions more on education.

Democratic Assemblyman Al Muratsuchi of Torrance said the state audit reaffirmed concerns about whether disadvantaged students are benefiting. He said it will be important to determine how the state would pay for tracking spending if the Legislature follows the state auditor’s suggestion.

“Unfortunately, the state auditor’s findings confirmed what I had suspected, that there are school districts that are not taking the necessary steps to make sure that the supplemental and concentration funds are being spent on the intended student groups,” Muratsuchi said.

“I also think it’s important to recognize that this is a reflection of the tremendous financial pressures that all school districts are facing in order to cover the basic costs of operating their schools.”

A recent report by the Public Policy Institute of California found that the state’s public schools are, in fact, steering more services, and thus funding, toward needy students, but that the new law has done little to break through longstanding challenges for low-income schools to hire and retain qualified and experienced teachers.

A 2017 CalMatters examination of test scores found little evidence that the funding formula had helped narrow the state’s persistent achievement gap, but more recent data show more positive results. Among the 15 largest school districts with the largest clusters of disadvantaged students, scores remain below the state average. But in almost all, low-income students’ scores have improved at a higher rate than the statewide trend for non-disadvantaged students. Nine districts recorded double-digit gains in math, and 11 did in reading. However, in most of these districts, passing rates for English learners either stagnated or, in some cases, regressed.

Carrie Hahnel, an education researcher who examined opportunity gaps under the funding law, said the most significant recommendation to come from the audit is the call to track  supplemental and concentration spending.

“A lot of times, this has devolved into state agencies pushing back that the request for transparency and tracking is a bean-counting exercise,” Hahnel said, “and this audit refutes the very premise of that and says that if you don’t track spending to begin with, you cannot know the impact of those services.”

Header Photo: Assemblywoman Shirley Weber, shown here on July 8, 2019, is among the state lawmakers who believe the state’s school funding formula could use some fine tuning. Photo for CalMatters by Anne Wernikoff