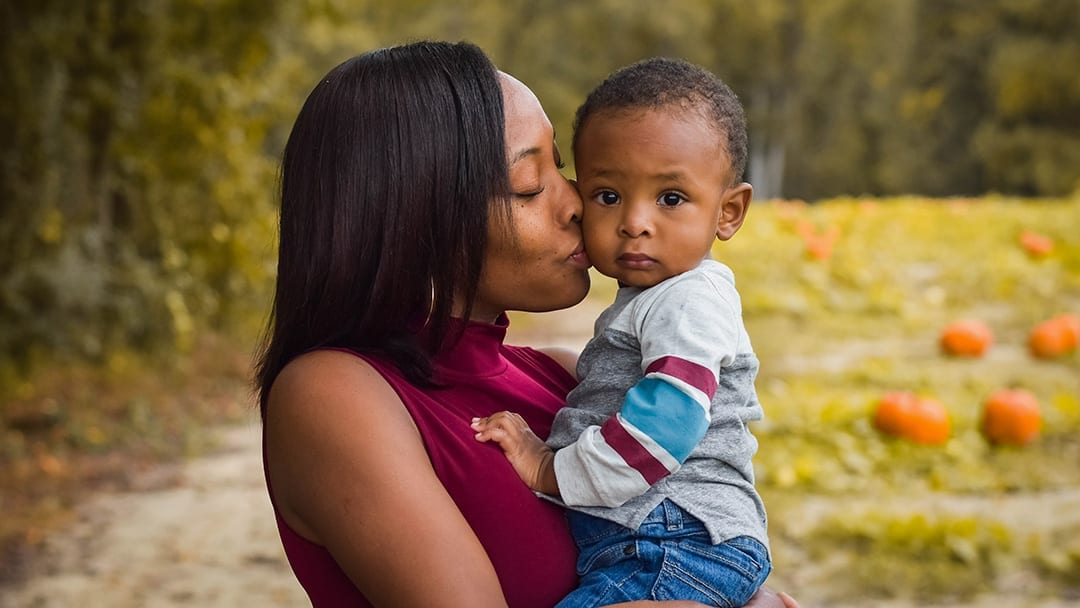 When Madavia Johnson gave birth to Donald Ray Dowless III last year, she was hit by a case of severe postpartum anxiety.

She was scared to carry her son downstairs or drive him in a car. She couldn’t manage to continue law school ― and could hardly leave the house ― because she didn’t trust anyone to watch him. Her weight dropped from 140 to 115 pounds.

“It was very stressful for me mentally,” said Johnson, now 29, who lives in Clayton, N.C. And she found it hard to secure medical assistance because her Medicaid coverage ran out just two months after her son’s birth. Public health advocates are pushing to change that.

The difficulties Johnson faced contribute to the United States’ dismal record on maternal and child health. The U.S. is one of only three countries where maternal deaths are on the rise, joining Sudan and Afghanistan, according to the Alliance for Innovation on Maternal Health, a program of the Council on Patient Safety in Women’s Health. And data from the Centers for Disease Control and Prevention indicates that about 700 women die in the U.S. every year from pregnancy complications. Sixty percent of those deaths are deemed preventable.

Democratic presidential candidates such as Sen. Cory Booker of New Jersey and Sen. Kamala Harris of California have talked about those problems on the campaign trail, offering sweeping proposals to address disparities that lead to poor health for many new mothers.

Though maternal and child health experts appreciate the attention to the issue, they also point to what they say is a fairly minor policy option that could make a major difference: increasing access to Medicaid for postpartum women.

“Given that we know that this crisis disproportionately falls on low-income people … Medicaid is a very smart starting place to make sure these people are getting access to needed care,” said Valarie Blake, an associate professor of law at West Virginia University who focuses on health care law.

Take Johnson, for instance. At the time of her pregnancy, she was eligible for Medicaid based on a rule that provides women who otherwise might not qualify under strict income restrictions with coverage during pregnancy and for 60 days after. She gave birth Aug. 14, 2018.

But North Carolina has tight eligibility requirements. It is also one of the 14 states that have not chosen to expand Medicaid under the Affordable Care Act. So, by mid-October, Johnson was no longer “Medicaid eligible.” Because her physician was backed up on appointments, she lost her coverage before she had a “six-week” checkup.

Eventually, she reapplied for Medicaid and was able to qualify because her status had changed since she had a child. But Donald was 8 months old before she saw a doctor.

Experts point to the 60-day timeline as a sort of clock ticking on some severe postpartum medical issues: bleeding, infections, breastfeeding issues and mental health screening, among others.

“If you’re on postpartum Medicaid, you need to get those issues solved right away,” Blake said.

And that 60-day countdown? It is arbitrary, said Dr. Alison Stuebe, a professor of obstetrics and gynecology at the University of North Carolina School of Medicine. It has roots in a general idea across cultures that women need special care after giving birth, but the 60-day mark isn’t based on medicine.

“It comes from the same place as the six-week postpartum visit,” Stuebe said. “We don’t know where it comes from either.”

Stuebe chaired a task force for the American College of Obstetricians and Gynecologists that recommended a different approach. Providers should check women two weeks after giving birth, and then continue holistic care for 12 weeks, eventually transitioning the patient to primary care.

That prolonged contact is essential, she said. “Postpartum depression, if untreated, can begin to spiral,” Stuebe said. “Even if you’re in treatment, after 60 days, you’re not better.”

Johnson, though, was left to wrestle with severe postpartum anxiety on her own.

She sought support from other new moms on Facebook who were coping with anxiety. Since her son had Medicaid for the first year of his life, his pediatrician was a source of help. She also got care through her local health department’s free clinics.

At the federal level, the idea of extending postpartum Medicaid is getting more attention. At a September House hearing, representatives from the American Medical Association, the Icahn School of Medicine and the Kaiser Family Foundation called for expanding postpartum Medicaid as a possible solution to the maternal mortality crisis. The American College of Obstetricians and Gynecologists has also recommended it. (Kaiser Health News is an editorially independent program of the foundation.)

Beyond protecting women during the medically vulnerable time after they deliver, experts think increasing Medicaid could go a long way toward addressing the racial disparities that exist in maternal mortality rates. Black women are two to three times more likely to die from pregnancy-related causes than white women.

“It’s not a silver bullet,” said Jamila Taylor, the director of health care reform at The Century Foundation, a nonpartisan think tank. “There’s racism in the health care system. Coverage is a piece of that, but we need to transform the system.”

Header Photo: Madavia Johnson, of Clayton, N.C., experienced severe postpartum anxiety last year after giving birth to her son, Donald. She was eligible for Medicaid while pregnant but lost her eligibility 60 days after Donald was born. As a result, Donald was 8 months old before Johnson was able to see a doctor. (Credit: Uniquely Blonde Photography)