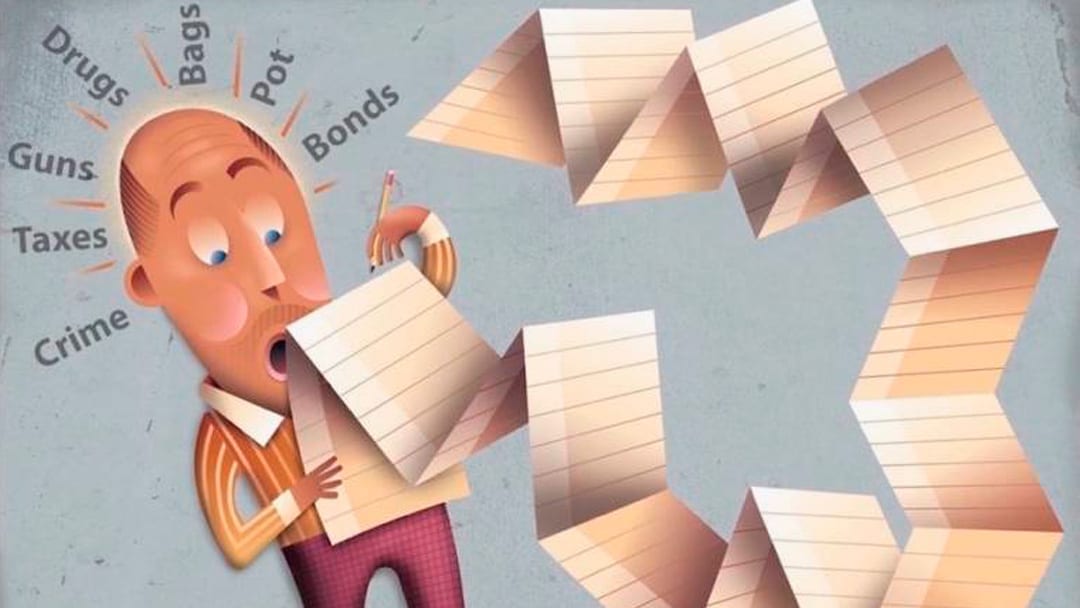 By Kevin Kiley | Special to CalMatters

Imagine that in next year’s presidential race, election officials scrambled the letters in Donald Trump so it appeared on ballots as Daldon Prumt. Most people would agree this is not acceptable. Voters need their ballots to accurately convey who it is they are voting for or against.

Yet for decades, a similar exercise in obfuscation has been perpetrated on California voters.

Every two years, Californians become lawmakers by voting on statewide ballot propositions, which often have enormous consequences for the state. To understand what it is they are voting for or against, many voters rely solely on the description of the proposition written on their ballot. But time and again, this “description” has failed to accurately convey what the proposition would do.

Oddly, the job of writing these all-important ballot descriptions falls not to an elections officer or some other neutral official, but is instead entrusted to the partisan, elected attorney general of California.

Our current Attorney General, Democrat Xavier Becerra, is only the latest in a line of attorneys general who have exercised this power without even a pretense of impartiality, instead skewing ballot language to lead voters towards their preferred political outcome.

Last month, Becerra’s office released the ballot description for a proposed $12.5 billion a year in new taxes on business properties.

The most salient fact about this proposition—that it is a massive tax increase—is mysteriously absent from Becerra’s description.

Instead, the attorney general mentions three times in the 100-word summary that the measure would fund education and schools. Not coincidentally, this major assist from the attorney general came after polls showed the proposal, when accurately described, failing to gain traction with voters.

For many observers, Becerra’s latest attempt to subvert the electoral process is a bridge too far. Editorial boards and columnists across the state expressed frustration and outrage, calling his ballot description an “abuse of power,” “shameful,” “dishonorable,” “taking political sides.”

A San Francisco Chronicle columnist observed that Becerra “can’t be trusted with that solemn obligation to voter education.”

This misuse of power is not unique to Becerra or his political party. In 1996, Republican Attorney General Dan Lungren wrote a misleading summary for Proposition 209, an initiative seeking to end affirmative action in California.

More recently, in 2015 Democratic Attorney General Kamala Harris wrote a slanted title and summary for a pension reform measure, which the backers ultimately abandoned because Harris took the fate of the measure into her own hands.

And two years ago, Becerra took heat for not including the words “tax” or “fees” in his description of the 12-cent-a-gallon gas tax repeal, which ultimately confused voters and led to the measure’s defeat.

The attorney general, or any elected politician, is simply the wrong person to be tasked with writing neutral ballot language. After all, ballot propositions are supposed to be a way for citizens to make laws directly without politicians standing in the way.

That’s why I proposed Assembly Constitutional Amendment 7, which would take the authority away from the AG and put it in the hands of a nonpartisan entity free from political pressures by special interests.

Specifically, ACA 7 would assign ballot descriptions to the Legislative Analyst’s Office, which has proven itself trustworthy and capable of writing impartial analyses of every initiative that qualifies for the ballot.

This change would ensure fairness in our initiative process regardless of who is elected attorney general–something all voters deserve. That’s why good government groups such as California Common Cause and the League of Women Voters of California have endorsed my proposal.

When the Legislature reconvenes in January, I am calling on my colleagues to restore fairness to the initiative process and pass ACA 7.

Assemblyman Kevin Kiley represents the 6th Assembly District, which includes parts of El Dorado, Placer, and Sacramento counties, Assemblymember.Kiley@assembly.ca.gov. He wrote this commentary for CalMatters, a public interest journalism venture committed to explaining how California’s Capitol works and why it matters.