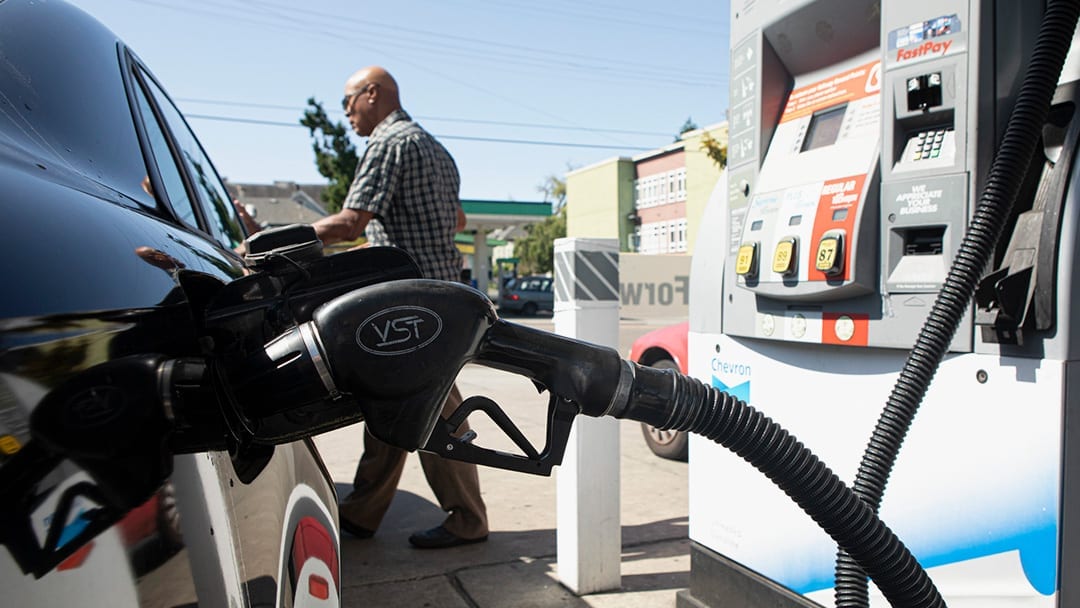 The Trump administration’s new rule stripping California of its power to police tailpipe pollution took effect Tuesday — but the immediate consequences are so murky the state’s clean air enforcers asked the feds for clarification.

It’s the latest example of the chaos surrounding federal efforts to roll back Obama-era vehicle standards. Announced at the end of September, the rule takes away key weapons in California’s battle against climate change: the authority to limit greenhouse gases produced by cars and light-duty trucks, and the power to require that automakers sell zero-emission vehicles in the state.

What’s not clear, however, is whether the rule affects 2021 vehicles or earlier editions, said California Air Resources Board spokesman Stanley Young.

California submitted a petition for clarification to the U.S. Environmental Protection Agency in October. So far, Young said, the EPA hasn’t responded. “There are a lot of questions going on, but it’s their rule, and they should be able to answer them,” Young said. The EPA did not immediately respond to a request for comment.

Until the courts weigh in and the EPA clarifies timing, experts say it’s uncertain how much harm California faces. “It’s a speed bump that could turn into something much bigger,” said Daniel Sperling, director of the Institute of Transportation Studies at UC Davis and a member of the California Air Resources Board. “But for now, that’s all it is.”

At risk, however, are public health and transportation projects intended to ease commutes. “This is a real blow to our abilities here, which will translate into increased asthma risk and increased climate risk — at a time when the state obviously is on fire,” said Craig Segall, assistant chief counsel for the California Air Resources Board.

In addition to its petition for clarification, California petitioned the EPA to reconsider its decision to revoke the waiver. The state also sued the EPA and the National Highway Traffic Safety Administration over the new rule. For now California has asked carmakers to comply with the state’s standards voluntarily, Segall said.

The state cut a deal last summer with four major automakers — Ford, BMW, Volkswagen, and Honda — in which California agreed to relax its clean car rules slightly as long as the carmakers agreed to follow them.

As California and the federal government fight it out in court, transportation planners are bracing for an unknown future.

Still up in the air is the second phase of federal efforts to roll back Obama-era regulations designed to cut greenhouse gases and increase fuel economy to roughly 50 miles per gallon for model year 2025 vehicles. The Trump administration has proposed freezing those standards at 37 miles per gallon, although EPA administrator Andrew Wheeler recently suggested the rollbacks might differ from the original proposal, Reuters reported.

The rules matter for road and transit projects around the state, because California must factor tailpipe pollution into its transportation plans to ensure the state meets federal clean air targets.

“Meeting these air quality goals is hard enough. This just makes it harder,” said Randy Rentschler, director of legislation and public affairs for the Metropolitan Transportation Commission, which oversees the Bay Area’s road and transit projects.

Brett Smith, director of technology at the Center for Automotive Research, predicts that while some car companies may lose short-term interest in selling clean vehicles in California, they can’t stop selling them altogether until the lawsuit is resolved.

“A car company can’t risk saying, ‘We think California is going to lose its right permanently, so we’re just going to stop,’” Smith said. “Because if California doesn’t, the companies are in a boatload of trouble.”

Volkswagen and Honda, which signed on to California’s car deal, declined to comment. BMW said it intends to honor the agreement, and Ford pointed to language in the car deal terms that said they would not challenge California’s greenhouse gas and zero-emission vehicles program. Two carmakers that sided with the Trump administration in ongoing litigation — Fiat Chrysler and Toyota — did not comment.

General Motors, however, which has supported the Trump administration in litigation over the decision to revoke California’s clean car authority, told CalMatters it doesn’t expect to break with the state’s zero-emission vehicle program. GM spokesperson Jeannine Ginivan said: “Through sales of vehicles such as the Chevy Bolt EV, the first affordable electric vehicle with a range of 259 miles on a single charge, we exceed requirements for the state’s mandate. We do not anticipate any future noncompliance.”

Still, the air board’s Segall said, “It’s good to have a cop on the beat.”

And without the power to require that automakers sell clean cars in California, the air board warns that more gas-powered vehicles could end up on the road. That would mean not only more greenhouse gases, but worse air quality, too; Gas-powered cars pump out the ingredients for smog, deadly carbon monoxide gas, and lung-irritating particle pollution.

In the short term, the federal decision to overturn California’s zero-emission vehicle program broke a formula that the state’s planning agencies use to calculate the air pollution consequences of transportation plans and projects. The air board released adjustments to the formula Friday.

The EPA, however, may still need to approve the tweaks — right now it’s unclear, according to the air board. The EPA hasn’t approved such adjustments in the past, and the air board doesn’t know yet how EPA and the Federal Highway Administration will respond to transportation plans that incorporate the adjusted formula.

“We don’t know what they would do,” agreed Tanisha Taylor, director of sustainability for the California Association of Councils of Governments, a non-profit representing major transportation planning agencies. “How the Federal Highway Administration and the Environmental Protection Agency respond in this case is a huge unknown because they haven’t given any guidance.”

A spokesperson for Federal Highway Administration referred CalMatters’ inquiry to the Environmental Protection Agency, which did not respond to a reporter’s request for comment.

Andrew Chesley, executive director for the San Joaquin Council of Governments, finds it hard to believe that the EPA would approve adjustments to the model that indicate the air is likely to get worse. “That actually works against the federal government’s case,” Chesley said. “You’ll find it very difficult to find somebody who thinks EPA’s going to approve an adjustment table that undermines their legal position.”

If the EPA doesn’t approve the adjustments to the model, Chesley worries that plans to widen Interstate 205 in San Joaquin County could stall when it’s time to apply for state and federal money to start construction.

And even with the EPA’s blessing, there’s still a risk that stripping California of its zero-emission vehicle mandate could make it harder for places with especially dirty air, like the San Joaquin Valley, to meet federal clean air targets.

That could mean squeezing out air pollution cuts in other ways — although according to Taylor, it’s still too early to tell as transportation agencies across the state check whether the changes push them past clean air limits.

Chesley said he could foresee boosting public transit and carpools, raising registration fees, or charging more for tolls and public parking to discourage driving. Such policies might help make up the difference and allow San Joaquin County to move forward with projects that put more cars on the road, like widening highways.

But those possibilities frustrate Chesley. The way he looks at it, California’s requirement that automakers limit greenhouse gases in tailpipe pollution and sell zero-emission vehicles in the state put the burden on manufacturers to clean up their cars. The Trump administration’s new rule, he said, could shift the burden onto Californians by forcing local governments to discourage residents from driving.

“We’re going to have to find other places to produce emission reductions, which are more likely to impact the consumer and the general public,” Chesley said. “We’re all in the business of promoting mobility, and the rule tends to work against that.”

The Bay Area’s Rentschler cautioned that it is a “sky is falling” mentality to think failure to meet air quality goals will inevitably stall transportation projects. It’s possible that projects like widening the 101 Freeway or even extending Bay Area Rapid Transit to San Jose could be held up by air quality lapses, but the process, Rentschler said, is glacial. “It’s not like tomorrow, boom, we’ve stopped — it’s not how it works,” he said. “There’s a lot between where we are now, and where that outcome might be.”