Did Joe Biden Overstate Democratic Voters’ Opposition To ‘Medicare For All’? 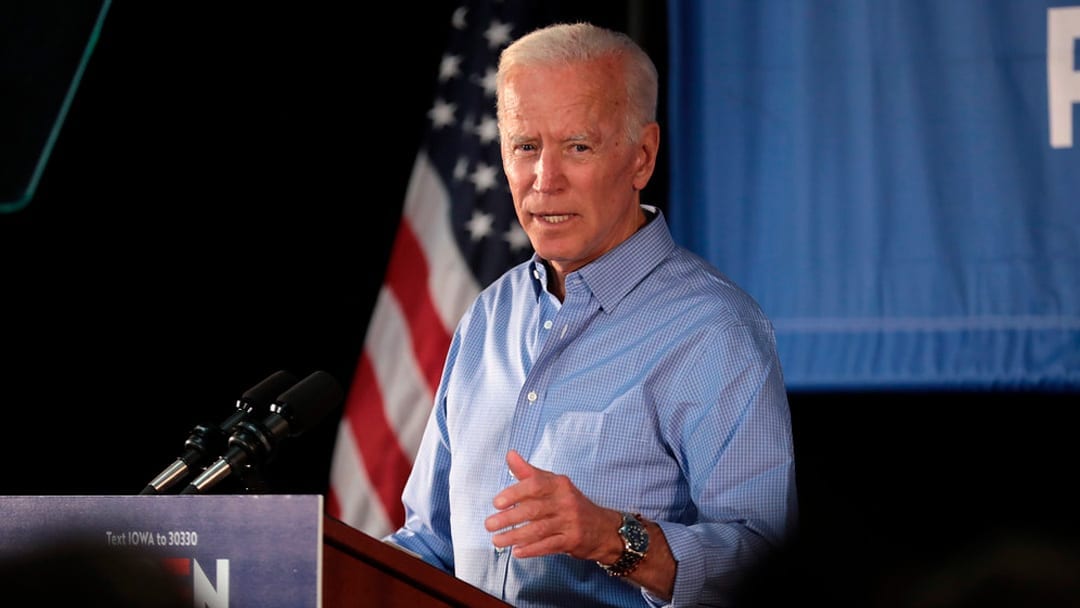 “The fact is that right now the vast majority of Democrats do not support Medicare for All.”

When the subject of “Medicare for All” came up during the Democratic debate last week, former Vice President Joe Biden claimed that the majority of his party does not favor it.

This seemed to be a very strong statement, and we weren’t sure that voters’ positions on this issue were as clear-cut as Biden made them out to be, so we asked his campaign where he got the information.

The Biden campaign initially directed us to news coverage of a January 2019 Kaiser Family Foundation tracking poll, which noted that the majority of Americans generally oppose  Medicare for All if they hear arguments that frame the program as requiring Americans to pay more taxes or leading to delays in testing and treatment. (Kaiser Health News is an editorially independent program of the foundation.)

On the flip side, though, when — in the same poll — Medicare for All was described as guaranteeing health insurance as a right for all Americans, or that it would eliminate health insurance premiums and reduce out-of-pocket costs, the majority favored the national health plan.

That poll, now nearly a year old, found that when simply asked, 56% said they did favor having “a national health plan, sometimes called Medicare-for-all, where all Americans

Those percentages, though, reflected the views of all Americans, not just Democrats. The same poll broke down respondents’ answers by political party and showed that 81% of Democrats favored creating a national health plan.

The KFF Health Tracking Poll, done monthly, indicates Democrats’ support for Medicare for All has weakened, but not entirely. Its most recent version, published in November, revealed large majorities of Democrats support a public option (88%) and Medicare for All (77%), while a January poll showed 85% of Democrats backed a Medicare buy-in.

“The majority of Democrats do support Medicare for All, but Medicare for All is not as popular as public option or a Medicare buy-in,” said Ashley Kirzinger, who is the associate director for public opinion and survey research at KFF.

Other polls show similar results: support for Medicare for All among Democrats but stronger support for the incremental approaches Biden backs.

A September NBC News/Wall Street Journal poll, for instance, found 67% of Democrats said they supported adopting Medicare for All. The public option fared better, with 75% of Democrats supporting the proposal.

And one more from the Biden campaign — a CNN article citing a July CNN and SSRS poll that found almost half (48%) of all respondents who lean Democratic said the national program should not replace private insurance, while 31% said that it should.

That same CNN/SSRS poll, though, had 85% of respondents who are Democrats or Democratic-leaning independents responding “yes” when asked if the government should provide a national health insurance program for all Americans, even if it would require higher taxes.

The numbers from these various polls seem to communicate a range of opinions among Democrats about Medicare for All.

Robert Blendon of the Harvard T.H. Chan School of Public Health said he thinks Biden’s statement rings true based on a poll he helped conduct, in partnership with the Commonwealth Fund and The New York Times.

But Blendon noted that survey respondents often will say yes to a “one-off question” about whether they support something and that answer can change once they have to choose among options, such as in his organization’s survey.

“The answer is that Democrats are divided on whether or not they want to build on the ACA or whether they want to do Medicare for All,” he said.

Congressional Support And Another Context

Horwitt also made the point that it wasn’t clear in Biden’s statement which group of people he was referencing.

“I recall hearing the statement in real-time, but in looking now at just the statement from Biden below, it is unclear to me if he is talking about elected Democrats or Democratic voters when he references the “vast majority,” Horwitt wrote via email.

While the Biden campaign did direct us to public opinion polls, they also pointed out that the Senate and House Medicare for All bills are “only sponsored by a fraction of the members of the respective Democratic caucuses that would be needed to secure passage.”

However, when those same polls dig deeper into this support by asking about the favorability of other Democratic-favored health policies — Medicare for All, the public option or expansions of the Affordable Care Act — or if such a Medicare for All program should replace private insurance, this support becomes weaker. The polls do seem to suggest support among Democrats for the moderate reforms Biden backs. Still, the evidence is lacking to support Biden’s claim that a “vast majority” of Democrats oppose Medicare for All.

For these reasons, we rate this statement Mostly False.