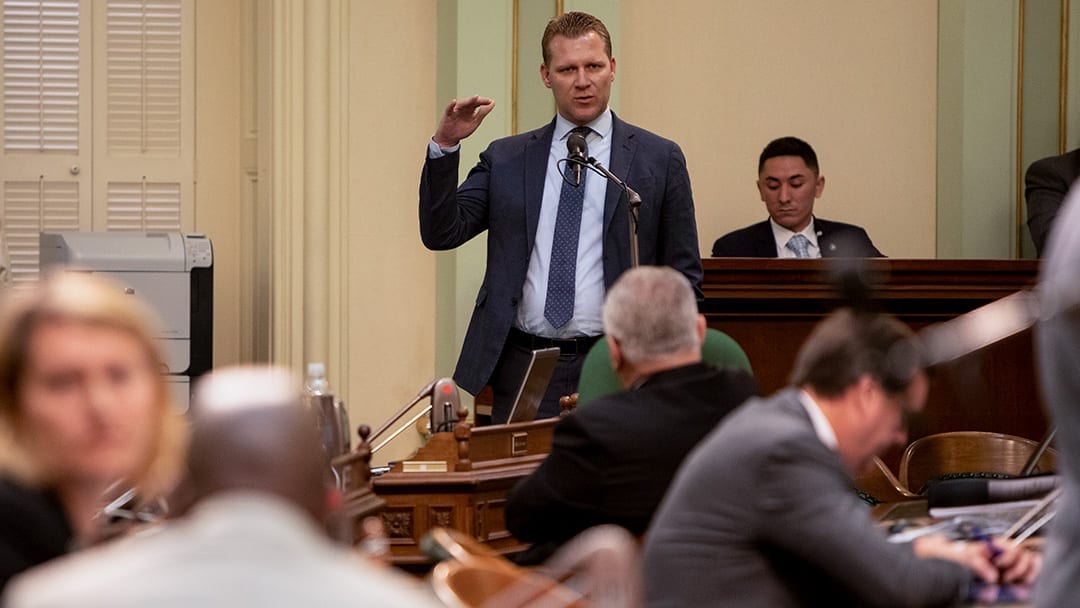 A former California Republican leader left the party this week, the latest GOP defection in what’s become a trend among Trump-era moderates.

Their departures reflect the clash of two diverging forces: President Donald Trump is pulling the Republican Party to the right as California voters are increasingly moving to the left. Less than 24% of California voters are registered Republicans — a greater share, like Mayes, are registered as political independents. Democrats hold every statewide office and historically huge majorities in the Legislature. With Mayes’ switch, Republicans now hold just 23% of legislative seats.

“At some point you go, ‘It doesn’t make a lot of sense for me to keep banging my head against the wall.’”

As Assembly Republican leader, Mayes tried to make the minority relevant by embracing a moderate vision for the GOP. He urged fellow Republicans to drop opposition to social policies such as gay marriage and abortion, and instead focus on environmental stewardship and poverty alleviation. He took his caucus to tour a homeless shelter and worked with Democrats to pass landmark legislation combating climate change. But he also angered Republicans with that cooperation, and was forced to resign his leadership post in 2017.

As the Republican party veers right and founders in California, Mayes has been working with Arnold Schwarzenegger to build up an organization for moderate Republicans called New Way California. Mayes said he wasn’t sure how leaving the party will impact New Way. The group will meet to discuss its direction, he said, which could mean no longer focusing on Republicans.

It’s not unheard of for California legislators to switch parties, but two leaving the same party in the same year appears to be unprecedented, said legislative historian Alex Vassar.

However, Mayes leaves the GOP in tandem with voters in his Palm Springs area desert district. When he was first elected in 2014, 41% of voters there were Republicans — a 7 point advantage over Democrats. Today, the parties are neck in neck, each holding a 35% share of registered voters.

Republicans will likely field a candidate to run against Mayes next year, the Riverside County Republican Party Chair told the Desert Sun. And state party leaders seemed determined to exact revenge after endorsing Mayes’ reelection just a few weeks ago.

“Chad has let the Republican Party down just as he let down the voters of California,” the state party’s Board of Directors said in a statement. “We are confident that a Republican will win that seat in November.”