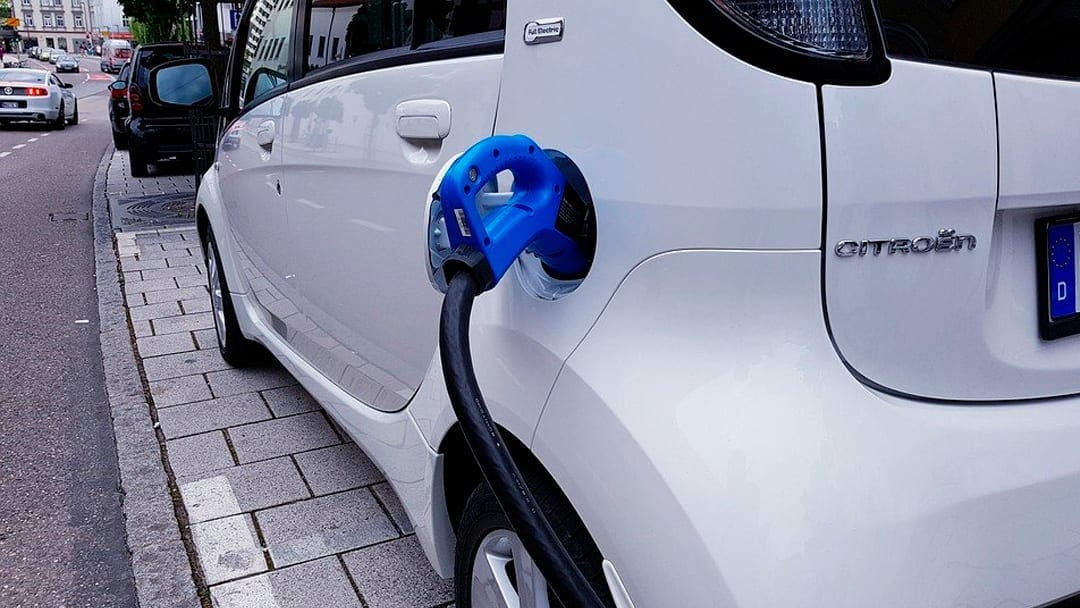 By Austin Brown and Dan Sperling | Special to CalMatters

Why are we allowing our roads, bridges, and other transportation assets to crumble?

One out of every five miles of highway pavement is in poor condition, and 188 million cars travel across a structurally deficient bridge each day.

There is a $1.1 trillion gap between the amount that government has committed to investing in transportation infrastructure and the amount needed to bring our infrastructure up to par. Many blame electric vehicles.

They argue that because electric vehicles do not use gasoline, they are not paying gas taxes, which are the principal source of funding for transportation infrastructure.

The proposed solution is imposing new electric vehicle fees, something  21 states have done, including California, where the fee will go into effect in 2020. The hope is that the fees will somehow compensate for electric vehicle owners not paying taxes at the pump. And now the federal government is considering following suit.

Each of these factors contributes far more to our nation’s transportation funding deficit than electric vehicles, which currently account for only about 0.5% of vehicles in the United States.

Over the past two decades, by contrast, we have added 6% more lane miles to maintain, built a national vehicle fleet that is 14% more efficient, and—most importantly—seen the purchasing power of fuel-tax revenue drop by more than 30%.

It doesn’t take a deep analysis to appreciate the difference in scale. Electric vehicles are not responsible for more than a miniscule fraction of the funding gap at the federal level.

And at the state level, electric vehicles pay other taxes such as sales and registration fees that actually offset lost fuel-tax revenue, especially given high electric vehicle average purchase prices so far. Studies in Minnesota and California found that electric vehicles actually generate at least as much revenue (on a per-vehicle basis) for states as gas-powered vehicles do.

So how do we pay for our transportation system?

The first step in closing the transportation-funding gap is to index the federal gas tax to inflation. This is as close as it gets to a “no-brainer” in the policy world. We cannot hope to keep up with natural increases in cost if the primary mechanism we use to generate revenue is artificially fixed decades in the past.

Such an update to the federal gas tax is hardly unprecedented: many state gas taxes are already inflation-indexed. The federal government should also consider indexing the federal gas tax to total fuel demand as well. This additional provision would ensure that gas-tax revenues remain constant even as vehicle efficiency increases, thereby addressing another long-term challenge to funding.

In the longer term, as more drivers shift to electric vehicles, revenue from EVs will become increasingly important for transportation funding. The correct approach then will be to shift toward usage-based charges rather than flat annual fees for drivers. Policymakers could place a small tax on each mile traveled by a vehicle.

Such charges also would help decrease congestion and emissions by creating a direct financial incentive for people to drive less. Indeed, a report from the Information Technology and Innovation Foundation found that “road user charges are the most viable and sustainable long-term ‘user pay’ option for the federal government.”

Imposing new fees on electric vehicles now could disrupt the momentum that is slowly building in the market for more efficient, sustainable vehicles.

UC Davis researchers found that imposing EV fees in California could reduce their sales by 10–24%.

This is especially concerning given the expiration of tax credits for several manufacturers and the uncertain future of federal incentives in general. The result would be a small increase in transportation funding obtained at the expense of the substantial long-term benefits that electric vehicles deliver for individuals and for society.

The upshot is that imposing new fees won’t solve our transportation problems. It will only make them worse.

Austin Brown is executive director of the Policy Institute for Energy, Environment, and the Economy, dokbrown@ucdavis.edu. Dan Sperling is director of the Institute of Transportation Studies at UC Davis, dsperling@ucdavis.edu. They wrote this commentary for CalMatters, a public interest journalism venture committed to explaining how California’s Capitol works and why it matters.