President’s Commission on Law Enforcement Has Failed to Materialize 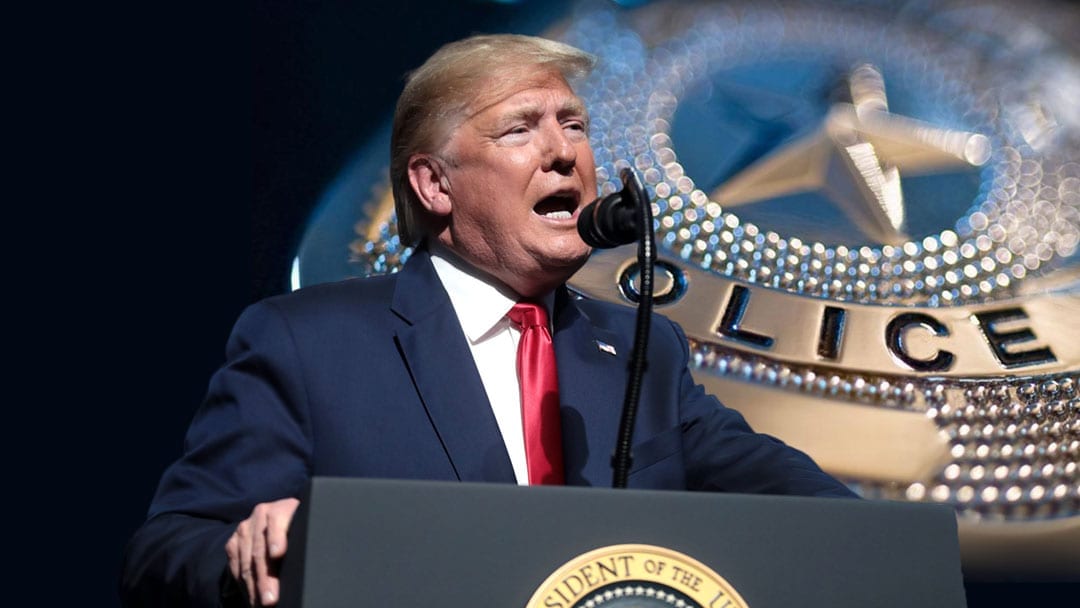 “My Administration is focused on reducing crime, and the social and economic problems—including family and neighborhood disintegration—that contribute to criminal behavior,” said President Donald Trump in late October as part of his executive order to establish a new Commission on Law Enforcement and the Administration of Justice.

He offered further rationale for the order which included what he described as, “he continued malign activity of transnational criminal organizations, and the widespread abuse of drugs trafficked by such groups, are challenges that confront our communities and law enforcement in their efforts to keep the American people safe.”

Trump introduced the Executive Order during a speech at the International Association of Chiefs of Police Annual Conference and Exposition in Chicago, IL where he clearly expressed the intention motivating his action. “In the years before I took office, outrageous slanders on our police went unanswered and unchallenged from your leaders in Washington.  You know that very well,” he declared with his usual penchant for hyperbole.

He continued, “Radical activists freely trafficked in vile and anti-police hostility, and criminals grew only more emboldened as a result.”

Although both law enforcement and civil rights groups have advocated for new ways to approach a range of issues related to law enforcement and the possibility of finding common ground in areas regarding new technologies, racial inequities, and national security, the president’s Executive Order (EO) was greeted with skepticism. This, despite the EO’s expansive goals and potential historic relevance in relation to criminal justice initiatives fostered by President Lyndon Johnson more than 50 years ago (Trump named his EO after Johnson’s order) and more recently by President Barack Obama.

In contrast to Trump’s order, Johnson’s initiative—the original Commission on Law Enforcement and the Administration of Justice—examined the entire criminal justice system. Trump is primarily focused on the challenges faced by law enforcement and strain its resources like homelessness, mental illness, substance abuse, etc., in addition to efforts related to recruitment, hiring, training, and retention of police officers.

Not only does the Trump EO vary in scope from the work of the Johnson Commission, it varies in focus from the more recent efforts of President Barack Obama’s Task Force on 21st Century Policing.

Where the Obama Administration’s Task Force looked to build public trust by working to bridge the gap between police and the communities they serve, Trump’s initiative is clearly focused on promoting  respect for law enforcement officers and examining why some state and local prosecutors refuse to enforce laws or prosecute certain categories of crimes.

“My Administration is focused on reducing crime, and the social and economic problems—including family and neighborhood disintegration—that contribute to criminal behavior,”

Although Trump’s EO calls for the Commission to host a series of listening sessions and to solicit input from a diverse array of stakeholders in the area of criminal justice, including state, local, and tribal law enforcement agencies and organizations; government service providers; businesses; nonprofit entities; public health experts; victims rights’ organizations; other advocacy and interest groups; reentry experts; academia; and other public and private entities and individuals with relevant experience and/or expertise—to date, this has not occurred.

Also, whereas both Johnson and Obama had panels that included experts from academia and the field of criminal justice as well as civil rights groups, etc., it appears the Trump Commission will only include only federal and elected officials of state, local, and tribal governments.

The idea for a new Commission to examine law enforcement and the application of justice in America was initially introduced in the U.S. Senate in 2017 as part of its larger work related to criminal justice reform. It was reintroduced in 2019 and although it continues to enjoy bipartisan support the legislation remains stuck in the Senate graveyard where bills continue to die under the leadership of Senate Majority Leader Mitch McConnell (R-Kentucky).

The EO signed by Trump on October 28, 2019, appeared to be an effort to move this work forward with a tempered sense of urgency. “The Commission shall submit a report and recommendations to the Attorney General no later than one year from the date of this order,” it read.

Although two months of the president’s self-imposed one-year-clock has already ticked away; and the Commission is slated to deliver a final report to the U.S. Attorney General by October 28, 2020, Jeanne Moll, Deputy Director of the Coalition for Public Safety recently reported members to the president’s Commission have yet to be appointed.

Although the senate measure recommended co-chairs be appointed by the president and Congress, the president’s EO took a different tact stating, “The attorney general shall determine the composition of and procedures for the functioning of the Commission.”  To date according to Moll, some groups who expected to be involved with the initiative have yet to be contacted.