Congress must protect public lands, including the Pacific Crest Trail. Californians should lead the effort 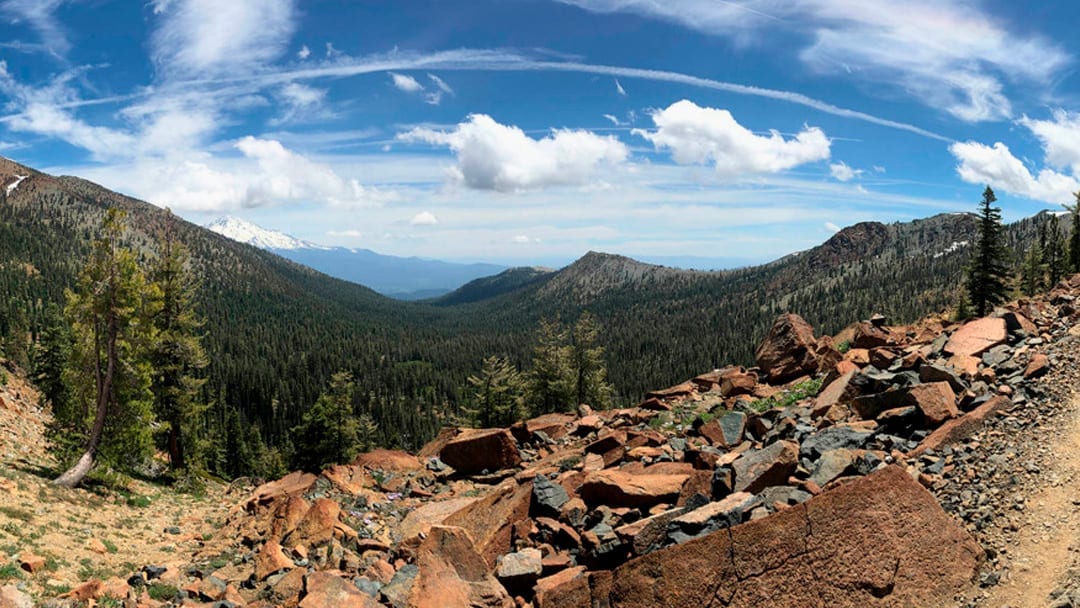 By Liz Bergeron| Special to CalMatters

Summer hikers, bikers, paddlers, campers, bird watchers, climbers and horseback riders abandon California’s cities to marvel in mountainous glory of the Sierra Nevada. The love for the Range of Light is no less when the snow falls.

However, years of fiscal neglect by Congress for our public lands have taken their toll.

This means roads, trails, bridges, trailheads and other facilities are in disrepair. So far, bills in the House and Senate address the backlog only in national parks, but some members want to add the Forest Service.

Shortchanging our public lands is shameful and shortsighted given their value. According to newly released government data, outdoor recreation accounts for 2.2 percent of U.S. Gross Domestic Product and is growing faster than the overall American economy, surpassing other significant sectors including agriculture, mining, utilities, and chemical products manufacturing. Outdoor recreation supports nearly 600,000 jobs in California.

The simple fact is that when public lands go unfunded or underfunded, it’s hard to take care of them. Deteriorating roads mean that access to public lands are diminished. When people can’t get to the places where they want to recreate, they stop caring for them. That’s why the Pacific Crest Trail Association not only supports tackling the maintenance backlog, we support full and permanent funding of the Land and Water Conservation Fund.

Public lands are our heritage. They give wildlife a home and provide us with clean air and water. Out there, we find peace and reflect on what’s important. We feel alive. We must invest in them for our own enjoyment and for the benefit of future generations.

The timber company realized that the best use of its 10,300 acres—which includes the headwaters of four rivers, 10 lakes and mountain views—was for recreation and protecting vital habitat, not timber production. A contribution of $10 million from the Land and Water Conservation Fund made the purchase possible.

There’s still a great need to preserve places for recreation and wildlife. Our National Trails System, which includes 11 national scenic and 19 national historic trails, is far from being completed.

Decades after congressional designation, trail corridors still run across miles of private property. Even now, 10% of the Pacific Crest Trail remains on private property. Many miles are protected only by easement, oftentimes no wider than 20 feet. If we don’t act, pristine hillsides along the trail could one day be covered with buildings or power lines. That’s not the experience Congress intended for the PCT.

The Land and Water Conservation Fund is the country’s best hope for slowing the inevitable development that is severely influencing California’s most wild places. And it’s money well spent.

The House bill has enough co-sponsors to pass, Democratic and Republican alike, including 45 of California’s 46 Democrats, minus Speaker Nancy Pelosi.

Unfortunately, not all California members of Congress have signed on. Missing are the state’s six Republicans, including Doug LaMalfa, Tom McClintock, Paul Cook, Devin Nunes, Kevin McCarthy, and Ken Calvert, many of whom have the PCT in their districts. We urge them to join this effort to protecting our public lands.

House and Senate committees have approved the Land and Water Conservation Fund and maintenance backlog bills. Both houses now must vote on the solutions to these frustrating and recurring funding questions.

Let’s urge members of Congress to come together to take care of this business for the good of all Americans, as we all enjoy our public lands and benefit from them.

Liz Bergeron is executive director Pacific Crest Trail Association,  lbergeron@pcta.org. She wrote this commentary for CalMatters, a public interest journalism venture committed to explaining how California’s Capitol works and why it matters.