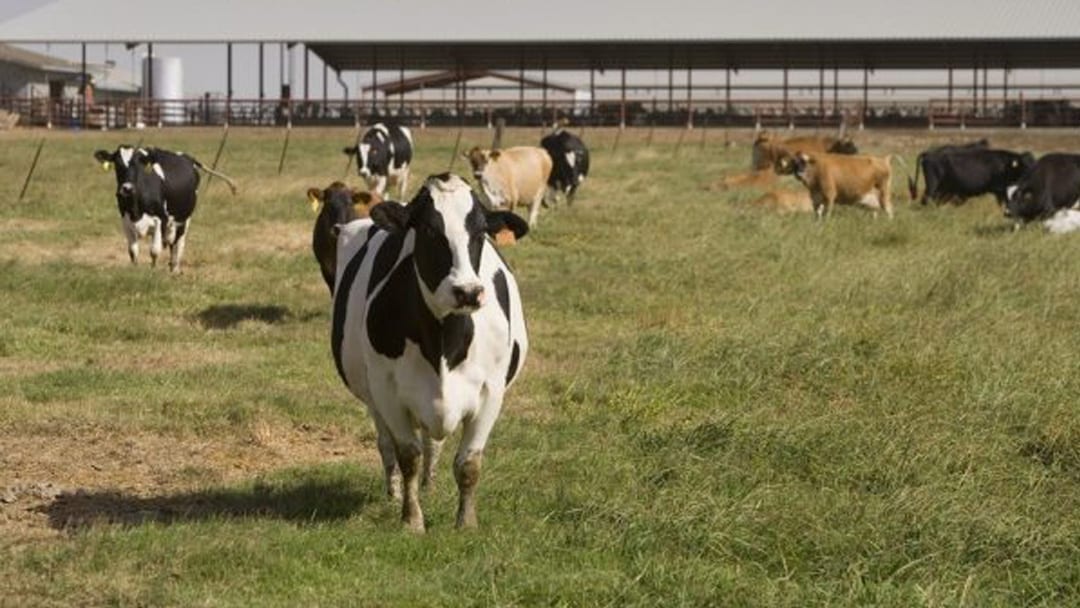 By Eric Firpo | Special to CalMatters

It’s understood that cattle are a problem. A big part of global warming.

What’s much less understood is that exactly the opposite is true.

Cows—and nearly all livestock for that matter—can play a crucial role in resurrecting waning grasslands, regenerating degraded landscapes, sequestering Co2 back into the soil, and yes, helping end climate change. They could even help save the planet.

Not bad for a supposed public enemy of human existence.

But none of that can happen unless we know the role of herd animals in nature, and for starters, turn the anti-livestock rhetorical headwinds into the equatorial doldrums to pave the way for rational discussion.

I’ve spent 10 years diving into sustainable gardening and agriculture, which led to discovering the principles of permaculture through a year-long course.

That has evolved into the regenerative ag movement, a community that’s years ahead of the curve when it comes to farming in harmony with nature rather than bullying it.

The public has hated livestock since the days of John Muir, who saw what sheep did to denude unspoiled meadows of the High Sierra, and led the charge against livestock.

What Muir saw was true then, is true today, and will be true tomorrow: When livestock are left to the whims of their conventional shepherds, they eat grass until there is no more to eat, consequences be damned.

Of course, it’s worse today, thanks to fences. Any penned cow will eat every blade of grass down to the marrow of the land. That’s over grazing, and that’s a huge contributing cause of desertification.

But to blame animals for overgrazing, desertification, and ultimately climate change is beyond absurd.

Last summer, a Cornell University scientist laid the blame for atmospheric Co2 on fracking first, then coal, minimizing the effects of cow belches.

Left to their own nature, herd animals would never overgraze. That’s suicide. Animals don’t do suicide.

We deduce this by looking at the legacy and habits of the bison. Once there were an estimated 60 million buffalo in the Midwest.

By anti-cattle arguments, the Midwest should have been turned into the equivalent of the Sahara Desert. Instead, the bison left behind the greatest pasture in North America, with grasses as high as a horse’s belly.

Buffalo did not stand around and eat grass until the prairie looked like a putting green. They ate. They manured. They trampled and naturally mulched the soil with carbon. Then they moved on. Century after century.

Their bacteria fed the soil, the soil fed the grass and the grass fed the buffalo.

There are an estimated 90 million cows in the entire United States today. That’s 100% more bison per acre across the Heartland then than cows in America today. What happened with bison can happen with cattle.

We have now have real experience to prove the case. All around the world, a relatively new method of regenerative ranching has slowly rooted and now spreads, thanks to pioneers such as Zimbabwe’s Allan Savory of the Savory Institute.

It goes by a lot of names—mob grazing, wholistic management, rotational grazing.

It’s all part of a kind of agriculture that uses cattle and other livestock to revive dying landscapes. In Missouri, Greg Judy of Green Pastures Farms has become a YouTube hit spreading the gospel of regenerative mob grazing.

Herd animals created the prairie, which was perhaps the most massive carbon sink on the continent as recently as 100 years ago.

Cattle are not and have never been the problem. It’s how people have mismanaged cattle over time that’s the real trouble.

Luckily, how people manage cattle today and into the future can also a big part of the solution to rebuild a healthy planet. If only we wake up to what’s possible.

Eric Firpo is a former journalist who co-owns with Julie Morehouse In Season Market and Nursery in the heart of Stockton, eric@inseason.store. He wrote this commentary for CalMatters, a public interest journalism venture committed to explaining how California’s Capitol works and why it matters.