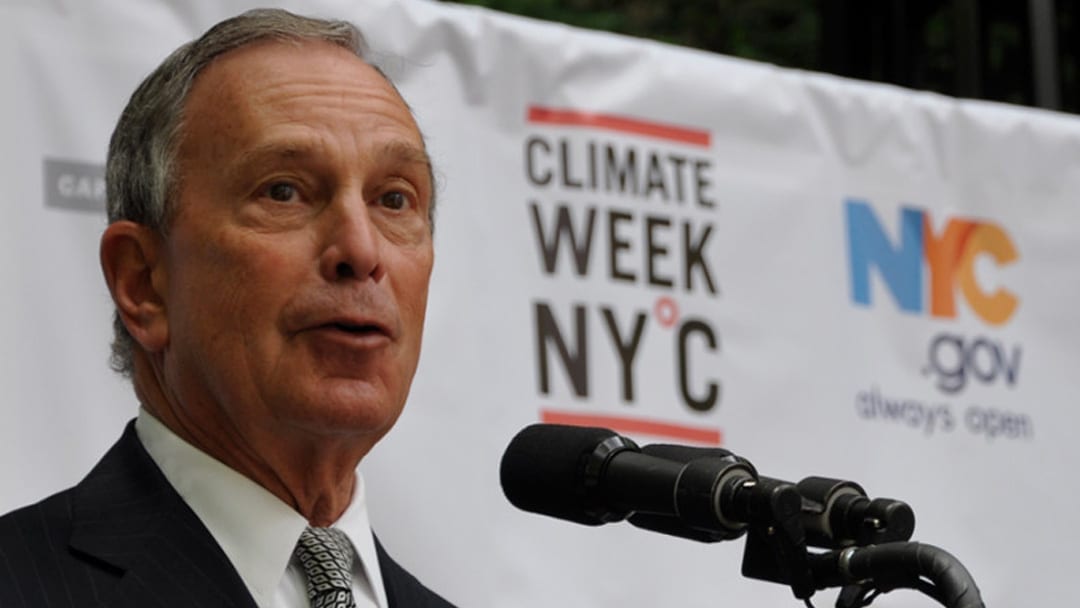 The climate crisis is no longer a threat to future generations. It is real and tangible. Every day brings a new reminder of the cost of failure to address the crisis.

Australia, which resembles California in its rich biodiversity and spectacular coastal resources, is facing the most disastrous ecological devastation in modern history.

Californians have felt the heat of fires as well as extended drought, sea level rise and violent weather systems on homes, businesses and people.

The crisis demands leaders who will embrace solutions that are bold, far-reaching and transformative. America’s youth have made that clear. But above all we need elected officials who will act–bringing both serious policy and practical implementation skills to the enormous task of turning the global economy green.

I am proud of California’s work over the past two decades, with the strong leadership of three governors, Arnold Schwarzegger, Jerry Brown and now Gavin Newsom, to put us on the path to a carbon neutral economy.

Going back to the 1970s, California’s efforts to protect public health from the ravages of air pollution and promote clean, renewable energy and vehicles, have been a model for other states and countries. Our climate regulations have been translated and adopted in states and around the globe.

We need a President who will come into office with an actionable climate agenda.

As chair of the California Air Resources Board, I will not endorse a candidate in the presidential primary. I am responsible for shepherding California’s air and climate programs from legislation through plans to regulation, and I try to work with people across the political spectrum who share our goals.

I do think it’s important to keep science and sound public policy at the center of the discussion. We need action, not more goals. Whatever you may think of his candidacy or his positions on issues across the full range of concerns a president needs to address, the reality is that Mike Bloomberg is the only candidate who has developed, advocated and implemented a successful program to cut greenhouse gases.

Both as mayor of the largest city in the United States, and as head of a large private sector initiative, Bloomberg saw early on the link between transportation and housing policy and the need to address the climate crisis with transformative solutions.

Bloomberg’s initiative shrank the city’s carbon footprint and dramatically improved its air quality. Bringing together scientists, industry and unions around practical plans, he oversaw improvements without breaking the budget or losing jobs.

His work with the Sierra Club’s Beyond Coal campaign is saving more than 10,000 lives and $3.4 billion in health care costs per year by shutting down the dirtiest, most uneconomic coal plants.

As candidates strive to outdo each other in dramatic pledges, Bloomberg’s detailed national climate policy proposals have drawn little attention. Maybe it’s not glamorous, but Bloomberg has shown through hard data and detailed analysis how reasonable investments in cleaner energy, building, and transportation can cut the United States’ carbon emissions by 50% by 2030 and put us on the path to zero.

He has prioritized making meaningful investments in coal communities, including honoring coal miner’s pension and health benefits, and as we have here in California, taken real action to improve the health and economy of communities overburdened by air pollution.

More significant, his businesslike approach and track record of engagement over many years may be the only way to bring China and other big emitters back to the table to revive the Paris Agreement.

Regardless of who is elected next November, that person will need to galvanize Americans around a set of policies that can rapidly put the brakes on growing petroleum use, protect our communities against increasingly costly and deadly disasters, and engage states and cities in a collaborative effort to build a more sustainable economy. She or he would do well to follow Bloomberg’s approach.

Mary Nichols is the chair of the California Air Resources Board, marydnichols@gmail.com. She wrote this commentary for CalMatters, a public interest journalism venture committed to explaining how California’s Capitol works and why it matters.