How to win California: A guide to the nation’s largest presidential primary 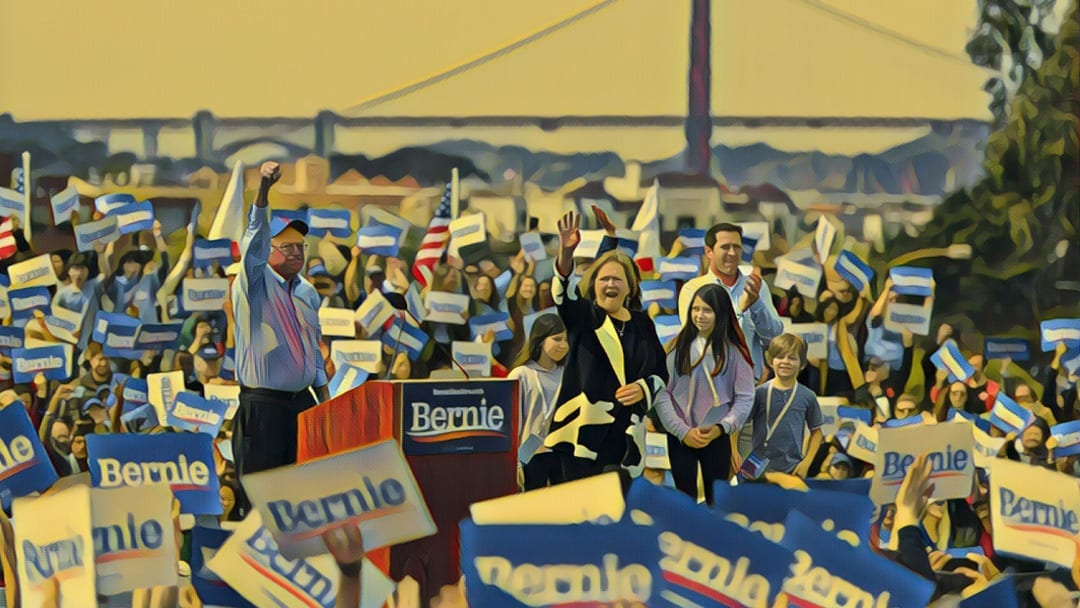 Although a calendar packed with county fairs, barbecues and house parties might be enough to carry you through the early states that will vote and caucus in February, California — boasting the largest reserve of candidate-electing party delegates — is a different game.

Our electorate is diverse. Our election procedures, complex. Our population, enormous; our costs of campaigning, even more so. And now that California’s primary has been boosted to March 3, just after the first contests in Iowa, New Hampshire, Nevada and South Carolina, the qualities that make California politics unique might actually matter this time.

So consider this your primer. We spoke to five experts — two Democratic political consultants, a political data guru, a veteran campaign operator-turned-academic and a California elections researcher — to learn more about the dos and don’ts of California presidential campaigning.

Tip #1: Every vote matters — but early votes may matter more

On Feb. 3, hundreds of thousands of Iowans will head to their first-in-the-nation caucuses — and multiples more will start getting their ballots in the mail in California, where any registered voter can cast an absentee ballot for any reason. Campaigns have three reasons to get those vote-by-mail supporters to cast their ballots as early as possible.

First, early voters are campaign money-savers. Every California supporter who casts a vote in February is one fewer voter to target with expensive ads, phone calls and door knockers in March.

Second, early votes are locked in. Every passing day in February holds the possibility of a new attack ad, a new gaffe, a fresh primary defeat or something else that might give a fair-weather voter second thoughts.

But there’s a third, distinctly Californian reason to get voters to turn out early, said Paul Mitchell of Political Data Inc: Early votes are usually the first ballots to be counted — other votes can take days and days.

Veteran California election watchers are accustomed to waiting weeks for county election officials to publish their final vote counts. A lot can (and frequently does) change as the tally continues. Margins dwindle or cleave open, presumed winners go down in last-minute defeat.

But ballots mailed or turned in before Election Day make up the bulk of the initial count that officials announce on election night. That doesn’t matter for the final outcome — every valid ballot is counted eventually. But it does matter for the story that candidates can tell voters in other states, said Mitchell.

“The media narrative is going to be driven by who wins in that first 24 hours of the election,” he said. “If one of the presidential candidates is more heavily tilted toward the late portion of the electorate, they could see the impact of that vote weakened because it’s simply not reported in time to affect Florida and New York and the other coming primaries.”

Tip #2: California is less than half as white as Iowa

If California Latinos turn out at the same rate they did in 2016, they will make up more than 1-in-5 voters this primary, according to an analysis by Mindy Romero, director of the California Civic Engagement Project at the University of Southern California.

“A candidate that wants to win a lot of the delegates in California can’t do it unless they pay significant attention to the Latino vote,” she said.

And that means pitching Latino Californias and other irregular voters on voting itself. Latino and Asian American citizens are much less likely to be registered to vote than non-Latino white Californias. The fact that the state now allows any eligible voter to register on Election Day could make it easier to turn out underrepresented segments of the potential electorate. That could work to the advantage of, say, Bernie Sanders, whose base is disproportionately made up of young and Latino Californians.

Of course in a state as diverse as California, appealing to demographic slices can be tricky.

“There are media markets within markets,” said Romero. “Take Los Angeles. There’s the whole world of non-English radio and other forms of media. As a campaign, you have to identify them, know that they’re there, know which outlets are most influential and impactful, and then make connections. Just buying an ad, especially if you don’t understand the political leadership in that community, isn’t going to work.”

And advertising to non-native English speakers can be a pricey proposition, said Rose Kapolczynski, a Democratic strategist.

“When you buy Spanish language radio,” she said, “you’re reaching voters, non-voters, non-citizens, and a lot of people who are under 18, because the Latino community trends young.”

That means the cost per voter reached is high.

A cheaper alternative: Take advantage of the fact that California data vendors collect more data about individual voters here (whether they’re registered, how they vote, where they live, what they do and buy and browse online) than virtually any other state. That allows for much more precise online advertising.

“You can target voters not only by the language they set their browser to, but with this rich data, match information,” Kapolczynski said. For example, campaigns can find out which language a voter has requested for their ballot and bombard them with ads accordingly.

In most electoral contests, the math is simple: The candidate with the most votes wins. But in California’s Democratic presidential primary, votes are translated into delegates — party members who will convene at the national party convention in July to formally elect a nominee.

And the conversion from popular vote to electoral outcome is a little more complicated.

That’s partly because more than half of the state’s delegates are awarded based not on the statewide vote, but on each candidate’s performance in the state’s 53 congressional districts.

So even smaller campaigns with little hope of competing everywhere in the state can still make a California congressional district into their own private Iowa.

“If you’re (Andrew) Yang and you want to ensure that you’re on that CNN big board on election night,” said Mitchell, “the easiest thing to do is go spend three days in (a single district in the Bay Area) and cobble together support from the Asian community, from across Silicon Valley and from other highly educated voters there.”

Even better if you can find a district outside the large metro areas and make a splash inland.

“In Los Angeles, you never know when there’s going to be a car chase or a wildfire or the mayor is doing a press conference, and that’s going to bump you off the news,” said Kapolczynski. Not so in Fresno. “It’s a red part of the state but there are still delegates there.”

“It’s crazy to buy (ads on) a very expensive radio station in the LA media market to try to beam signals in Congressional District 42,” he said. “You might think you can just cherry-pick a district here or a district there, but it just doesn’t work that way.”

Registered voters who don’t belong to a political party in California are allowed to vote in the Democratic primary — but only if they ask for the right ballot.

For candidates whose appeal extends outside the partisan tent, the existence of “crossover voters” creates both the opportunity to grab more voters and the challenge of having to educate millions of people about the minutiae of California election procedure.

Targeting young voters and Californians of color (particularly Latinos) has been an integral part of the Sanders campaign’s strategy across the state. These are also voting blocs that are disproportionately likely not to belong to any party.

“Sanders didn’t win in California last time potentially because his campaign wasn’t as adept at some of the nuances of the election system,” said Mitchell. “In a way, by being able to take a second bite at the apple, now the Sanders campaign is so much better armed to deal with these issues than they were in 2016.”

But California independents span the ideological spectrum. They include, said Kapolczynski, voters turned off by President Trump but without loyalties to either party — “moderates who don’t want a revolution or big structural change,” as promised by Sanders and Elizabeth Warren.

“I think independents are a natural target for (Joe) Biden, (Michael) Bloomberg, (Amy) Klobuchar and (Pete) Buttigieg,” she said.

“Older, more conservative Central Valley voters might like Biden or Buttigieg,” added Mitchell. “Higher-income white women in suburban areas might want to vote for Warren…Every campaign has someplace to gain.”

Tip #5: If all else fails, plan on having a boatload of money…or hope all goes well in Iowa

The sheer size of California means the hand-shaking, baby-kissing retail politics that defines the campaign trail from Des Moines to Manchester doesn’t get you very far out here.

“We have more registered voters than there are people living in 47 of the 49 other states — and they’re dispersed across a state almost a thousand miles long,” said South. “You couldn’t go to enough house parties in 20 years to make an impact here.”

“On TV alone, which doesn’t include digital or mail or field campaigns, it can cost more than $3 million per week for one ad statewide,” said Kapolczynski. That’s prohibitively expensive for some campaigns.

“Are you going to spend a major portion of your resources in California and risk losing in the early states?” she said. “For some candidates, like Amy Klobuchar, she just doesn’t have the money to do both. and is hoping for a better than expected finish in those early states.”

A better-than-expected finish in the early states can go a long way in California, said Bob Shrum, a former political operative now at the University of Southern California.

“It all depends on what happens in Iowa or New Hampshire. If any candidate wins in both — especially Biden — California might be in the position its always been in since 1972: It becomes a ratifying state rather than a deciding state,” he said.

But a jumble of results in the first four states with no clear frontrunner would give California voters a bit more sway. Bloomberg, who isn’t even competing in the early states is counting on exactly that.

“He either needs a mess in the early states,” Shrum said, “or he needs Sanders to emerge early on and he can become the moderate alternative.”

As for the candidates not named Bloomberg or Tom Steyer, the two billionaires in the race, said Kapolczynski: “The best way to win California is to win the first four states.”