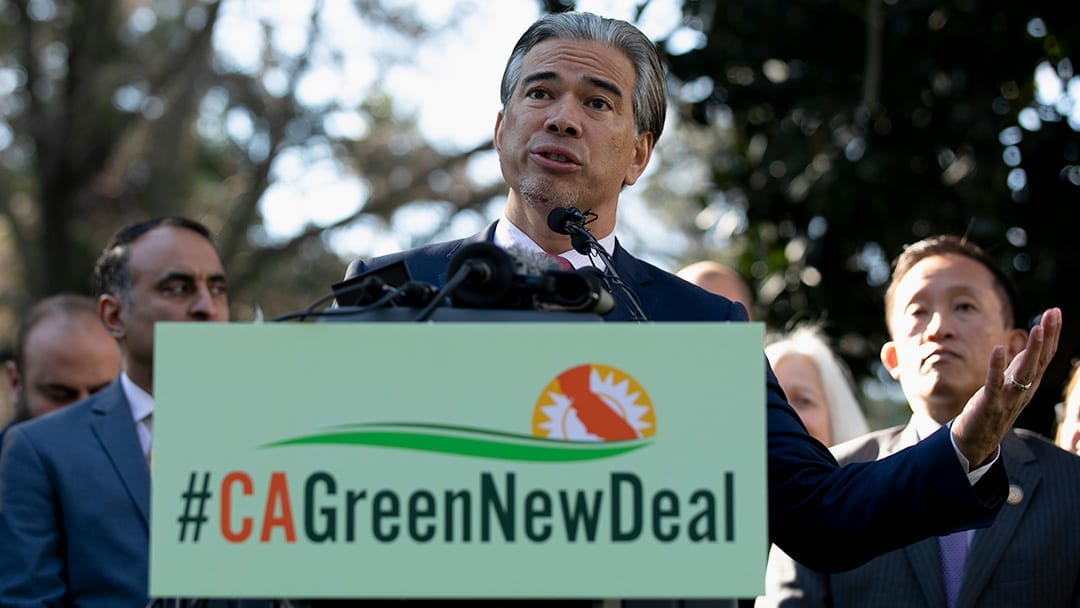 Earlier this month, Democratic Assemblymember Rob Bonta of Oakland described dire consequences of climate change: Australia is burning; the Philippines, where he was born, is regularly hit by typhoons; and California faces drought, wildfire and the threat of sea level rise as global temperatures warm.

Bonta can’t fix the world, but he has a plan for California. The California Green New Deal would build on existing climate change policies to accelerate the state’s decarbonization while prioritizing historically marginalized populations. The bill’s details are still vague, so some politically powerful special interest groups like the Western States Petroleum Association have yet to take a position. But the legislation aims to address big goals, like doubling public transit capacity and affordable housing by 2030.

California has been at the forefront of policies designed to combat climate change. The state reached its goal to reduce emissions to 1990 levels by 2020 four years early. Former Gov. Jerry Brown in 2018 committed California to achieving carbon neutrality by 2045. And a cap-and-trade program launched in 2013 has been pulling in revenue to help fund environmental initiatives, including improving public transit, providing affordable housing and preventing wildfire.

But Bonta said that’s not enough.

“I’m not saying at all that California has failed to respond to the crisis, in fact the opposite. California has led,” Bonta said at a Jan. 6 press conference when he announced the bill. “But the facts, the evidence, the data – all good fuel for sound policy – tell us we must do more.”

The bill would extend the rights of Californians to include things like access to clean air and water; justice for institutional – including environmental – racism; debt-free public education through college, and affordable health care. It calls for considering phasing out fossil fuels and addressing disparate standards of living.

This isn’t the first time that Bonta has tried to bring a Green New Deal to the Golden State. His 2019 bill borrowed heavily from its federal namesake, a pair of resolutions introduced around the same time. Bonta chose to hold his 2019 bill, and the federal effort has stalled.

This time, Bonta said, will be different.

“We’re much further along with our language, with our thinking, with the development and evolution of the bill, with our coalition,” he said. “Another year has passed of increased urgency to address our climate crisis.”

Bonta spoke with CalMatters about this bill, his motivation for it and some of what he called its “big, bold goals.”

This interview has been edited for clarity and brevity. 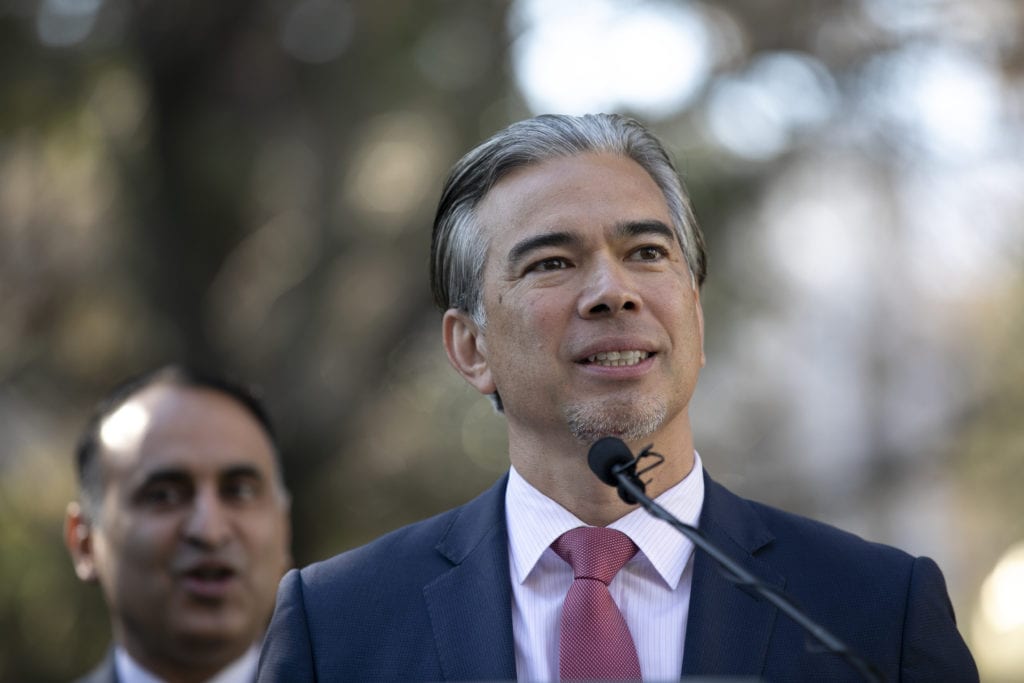 California has a whole suite of environmental policies already — why does the state need this bill?

Nowhere – California, the United States – that I’m aware of, on the scale that is required, has taken the action necessary to address the full threat of global climate change. A lot of progressive steps, including many incredibly significant steps in California, have been taken that we should be proud of. But the challenge is so large that we need to do more; we need to do it faster because science tells us we must.

Last year, you introduced a similar bill, AB 1276, and then you pulled it. Why was that?

To do that engagement process with our stakeholders, that bottom-up instead of top-down process where we’re working with leaders throughout the state to get input. We wanted to take the time to put more meat on the bill, give more thought to the bill, build our coalition and prepare for introduction at the beginning of the session.

Why are you introducing this bill? Why is it important to you?

I recently had a conversation with my daughter. She’s 20. She’s in college. She’s my oldest. And unsolicited, she said, “Dad, I love coming home, I love being with the family. I want to have my own family, but I don’t think I should have kids, because I don’t think it’s responsible to bring them onto a dying planet, and I don’t want to see them suffer if I do.”

And that was a gut punch for me. A lot of young people feel that, and that’s not rare. But it hit me. That’s never how I’ve had to think, and we all certainly as parents – as mothers and fathers, but also as leaders – we want to give a world to our children that’s better than the world we have. And we are facing the possibility of not doing that.

So why me? I’m a father, I’m a policymaker, I’m in California, and I know in my heart of hearts when we ask ourselves, “Are we doing enough to address climate change and to save our planet?” the answer has to be no. And so my answer to that is the California Green New Deal, to actually put something in a bill that is enough.

How are you going to pay for the Green New Deal?

Of course, the California Green New Deal is going to require a significant investment to achieve the change and the action that we want. First: we can’t afford not to do this. We certainly don’t want to have an epitaph or a gravestone that says, “Here lies Earth, our leaders said we couldn’t afford it.”

We need to act, and there’s basically three buckets of how we can pay for this: We can generate revenue to help pay for it, we can have discretionary funding, and the Green New Deal, because it will help generate significant economic activity, will be helping generate revenue as well by helping really stimulate a green energy economy.

You said one option was to raise revenue. How would you do that?

I think it’s appropriate to have the revenue source have a nexus to the goals of the bill. So if we’re going to be working on transportation, we would have a source that’s connected to the transportation goals of the bill: doubling public transit capacity. Same for housing, there could be fees or other revenue-generating components that help us build the housing.

For some of the climate change stuff, people have talked about things like oil extraction fees or taxes. Carbon taxes have been talked about. Those are all possibilities. We haven’t decided on any of those at all, but those are examples.

How will the California Green New Deal ensure fair labor standards during the “just transition” to the green economy?

California has passed legislation like cap and trade in the past on the theory that other states will follow, but they haven’t. Why do you feel that one state should act?

California’s leadership is required and needed more now than ever, given the vacuum by the federal government. We can’t throw our hands in the air; we need to do more.

I don’t think that one metric on one policy, whether it be cap and trade or any other policy, is a way to determine whether or not we should do this. There are many things where, when California has gone first, others have followed. Sometimes it takes time. Our governor has often said California is the coming attraction; we’re the previews. It happens here first. It might be that others haven’t done cap and trade yet, but they will.

As more folks realize the urgency and the scope of our climate crisis, more people will be looking for ways to act, and California will have a whole menu of options.