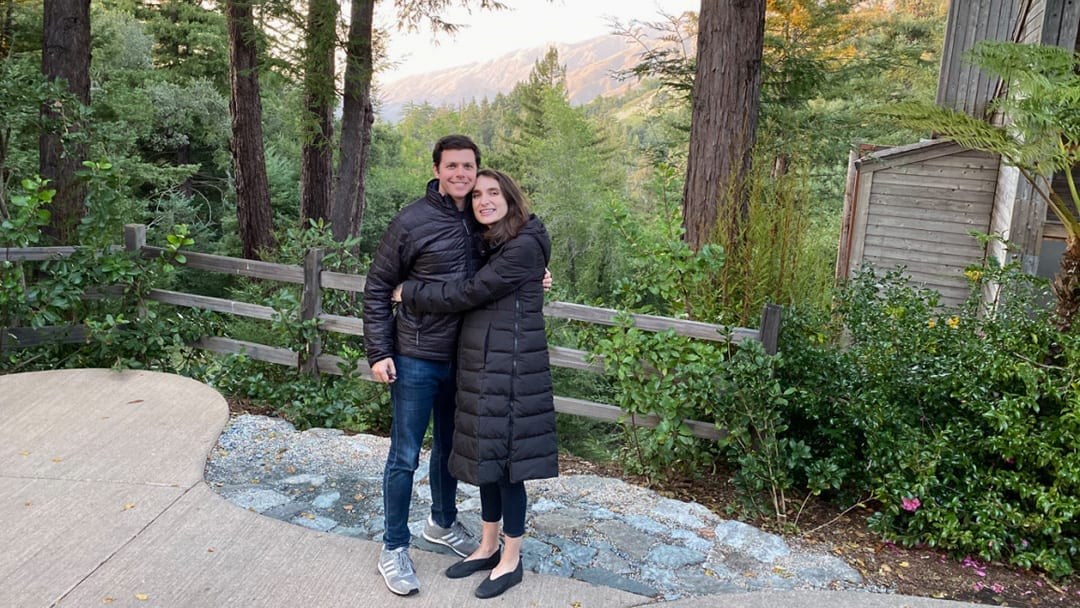 After Zoe Friedland became pregnant with her first child, she was picky about choosing a doctor to guide her through delivery.

“With so many unpredictable things that can happen with a pregnancy, I wanted someone I could trust,” Friedland said. That person also had to be in the health insurance network of Cigna, the insurer that covers Friedland through her husband’s employer.

Friedland found an OB-GYN she liked, who told her that she delivered only at Sequoia Hospital in Redwood City, California, a part of San Francisco-based Dignity Health. Friedland and her husband, Bert Kaufman, live in Menlo Park, about 5 miles from the hospital, so that was not a problem for them — until Dec. 12.

That’s the day Friedland and Kaufman received a letter from Cigna informing them their care at Sequoia might not be covered after Jan. 1. The insurance company had not signed a contract for 2020 with the hospital operator, which meant Sequoia and many other Dignity medical facilities around the state would no longer be in Cigna’s network in the new year.

Suddenly, it looked as if having their first baby at Sequoia could cost Friedland and Kaufman tens of thousands of dollars.

“I was honestly shocked that this could even happen because it hadn’t entered my mind as a possibility,” Friedland said.

She and her husband are among an estimated 16,600 people caught in a financial dispute between two gigantic health care companies. Cigna is one of the largest health insurance companies in the nation, and Dignity Health has 31 hospitals in California, as well as seven in Arizona and three in Nevada. The contract fight affects Dignity’s California and Nevada hospitals, but not the ones in Arizona.

“The problem is price,” Cigna said in a statement just before the old contract expired on Dec. 31.

“Dignity thinks that Cigna customers should pay substantially more than what is normal in the region, and we think that’s just wrong.”

Tammy Wilcox, a senior vice president at Dignity, said, “At a time when many nonprofit community hospitals are struggling, Cigna is making billions of dollars in profits each year. Yet Cigna is demanding that it pay local hospitals even less.”

It’s possible Cigna and Dignity can still reach an agreement. Both sides said they will keep trying, though no talks are scheduled.

Disagreements between insurers and health systems that leave patients stranded are a perennial problem in U.S. health care. Glenn Melnick, a professor of health economics at the University of Southern California, said such disputes, which are disruptive to consumers, are often settled.

Melnick believes Dignity is using an “all or nothing” strategy in contract negotiations, meaning either all its facilities are in the insurer’s network or none are.

“This allows them to increase their market power to get higher prices, which is not necessarily good for consumers,” Melnick said.

Dignity replied in an emailed statement: “We do not require payers to contract with all or none of Dignity Health’s providers. We do try to make sure patients have access to the full range of Dignity Health services and facilities in each of our communities.”

Dignity faces a number of legal and financial challenges while it works to implement a February 2019 merger with Englewood, Colorado-based Catholic Health Initiatives that created one of the nation’s largest Catholic hospital systems — known as CommonSpirit Health.

The requirement to treat more poor patients at no charge followed a period, from 2011 to 2016, in which Dignity’s charity care declined about 35% while its net income was $3.2 billion.

Last October, CommonSpirit announced an operating loss of $582 million on revenue of nearly $29 billion for the 2019 fiscal year, its first annual financial statement after the merger took effect. Much of the loss was due to merger-related costs and special charges.

The same month, Dignity completed a five-year “corporate integrity agreement” with the U.S. Office of the Inspector General following an investigation into how it billed the government for hospital inpatient stays. Dignity said it “fully complied” with the agreement.

Dignity is also defending itself in a class-action lawsuit alleging that it bills uninsured patients at grossly inflated rates even though it claims to provide “affordable” care at “the lowest possible cost.”

Dignity disagreed with the court’s ruling in that case, saying that although the Northridge facility did not have a contract with L.A. Care, many of the health plan’s enrollees who initially sought emergency treatment there stayed in the hospital for additional care after they had been stabilized. The hospital “seeks appropriate reimbursement for providing this care,” Dignity said.

If Dignity does not reach an agreement with Cigna, its hospitals, outpatient surgery centers and medical groups in most of California will soon be out-of-network for many Cigna enrollees. In-network coverage for Open Access (OAP) and Preferred Provider (PPO) ended Feb. 1, and for HMO patients it is set to end April 1.

Peter Welch, president and general manager for Cigna in Northern California and the Pacific Northwest, said Cigna can provide “adequate access” to other hospitals and doctors.

Certain Cigna enrollees can apply to continue visiting Dignity facilities and doctors under California’s Continuity of Care law, enacted in 2014. Eligible enrollees include patients with chronic conditions, those already scheduled for pre-authorized services, people in need of emergency care and pregnant women in their third trimester.

Friedland and Kaufman applied, hoping she would be able to continue seeing her Dignity-affiliated OB-GYN at in-network rates.

On Jan. 22, less than a month from Friedland’s Feb. 15 due date, they received written confirmation that their request had been approved. They wouldn’t have to shop for a new doctor or face stiff medical bills after all.

“While the ordeal was stressful, and the communication fraught, we were happy to receive confirmation of continuity of care and that it ended in the best possible way — with the birth of our healthy baby daughter with the provider where we established care,” Kaufman said. “For the sake of those caught in the middle and now having to start relationships with new health care providers, we hope the two sides can come to an agreement.”