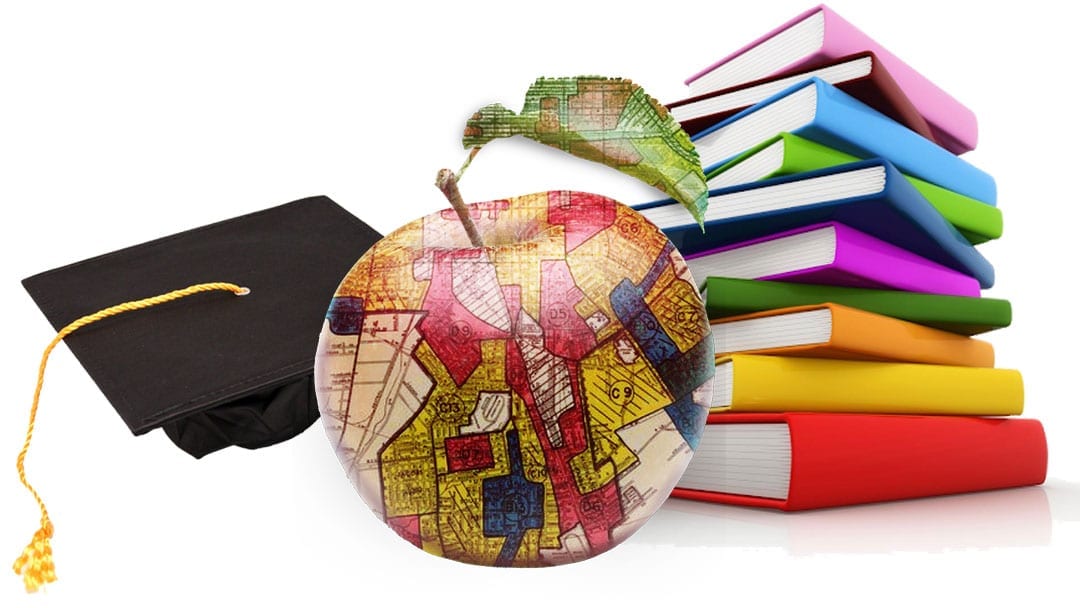 In recent years many in the financial services sector have looked to alternative data in what they claim is an effort to expand access to credit for underserved communities. The question is whether this effort is producing the desired results or only serving to perpetuate lending discrimination by fostering a new form of high-tech redlining (the historic and systematic denial of services, etc. based on race).

NPR reported more people are securing loans from a new type of lender referred to as “fintechs” or financial technology firms. These firms use alternative data to overcome biases that exist in traditional credit underwriting models that typically exclude borrowers with limited credit profiles by considering factors like social media use, educational attainment and work history.

“With new advances in financial products and services come age-old risks of discrimination. Without caution, the fintech (financial technology firms) revolution could perpetuate a system that has historically locked communities of color out of mainstream credit markets.”

SBPC ran a test of this lending process on randomly selected fintech lender, Upstart.  SBPC posed as a 24-year-old man who lived in New York and made $50K per year.

During SBPC’s test it submitted several applications with the specifics about the applicant remaining consistent other than where he went to school—in one instance SBPC showed the applicant attended the historically Black college, Howard University.

SBPC found for a $30K personal loan with a five-year term, the Howard applicant would pay $3,500 more in fees and interests as would one test applicant who attended New Mexico State University- Las Cruses where the student body consists of a high percentage of Hispanic students.

SBPC Civil Rights Counsel Kat Welbeck told NPR the results raised some red flags. “There’s no other explanation that we can really come to terms with other than the fact that where this borrower went to school mattered in terms of how Upstart measures their creditworthiness.” 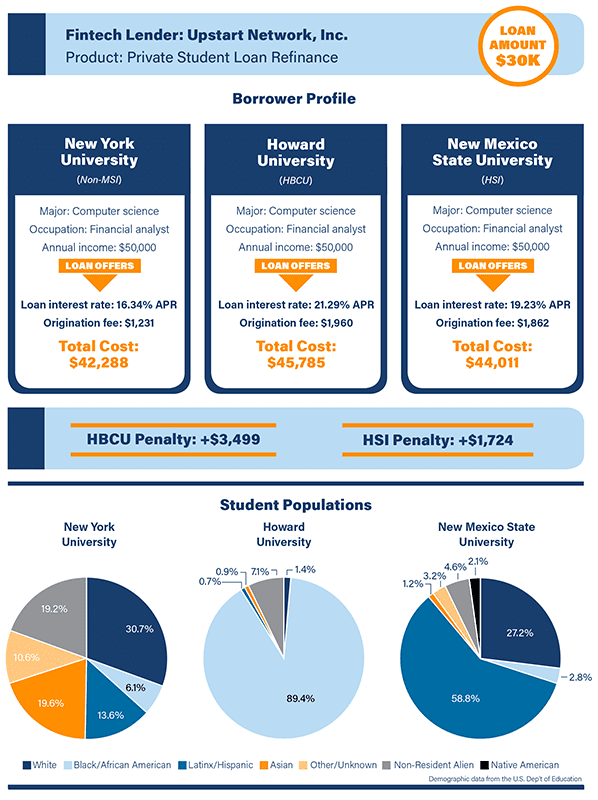 Responding to the test Upstart said it uses more than 1,000 factors when considering an application one of which is education.

Upstart CEO Dave Girouard responded to SBPC’s test results to NPR declaring, “ hypothetical, contrived applicants for a loan who aren’t real people was both anecdotal and not reflective of the real world.”

There are concerns that casting such a wide net for data in the loan application process like where one went to school to make lending decisions creates new opportunities for bias.

In response, SBPC is advocating for improved congressional oversight of fintech companies and enhanced transparency from lenders in the fintech industry.

In its study SBPC also raised questions about Wells Fargo. The institution purportedly offers better interest rates to student borrowers who attend four-year colleges than rates offered to those who attend two-year colleges.

The full report, Educational Redlining, is available for review online.