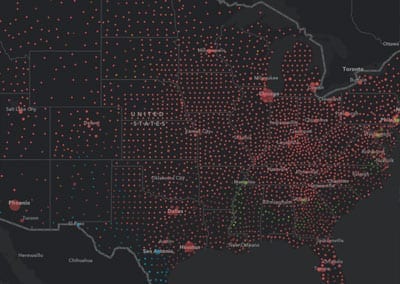 This map shows the predominant single ethnicity population of citizens age 18+ in the United States and Puerto Rico. The map is available for states, counties, tracts, and block groups increasing in detail as you zoom in.

The color of the features represent the different ethnicities African American, American Indian or Alaska Native, Native Hawaiian, White, Hispanic and Asian. The size represents the amount of people who reported their race to the census.

The data source is the US Census Bureau Voting Age Population by Citizenship and Race (CVAP) tabulation from the 2012-2016 American Community Survey 5 year estimates.