The Athletic Brilliance, Biometrics and Unbounded Success of Simone Biles 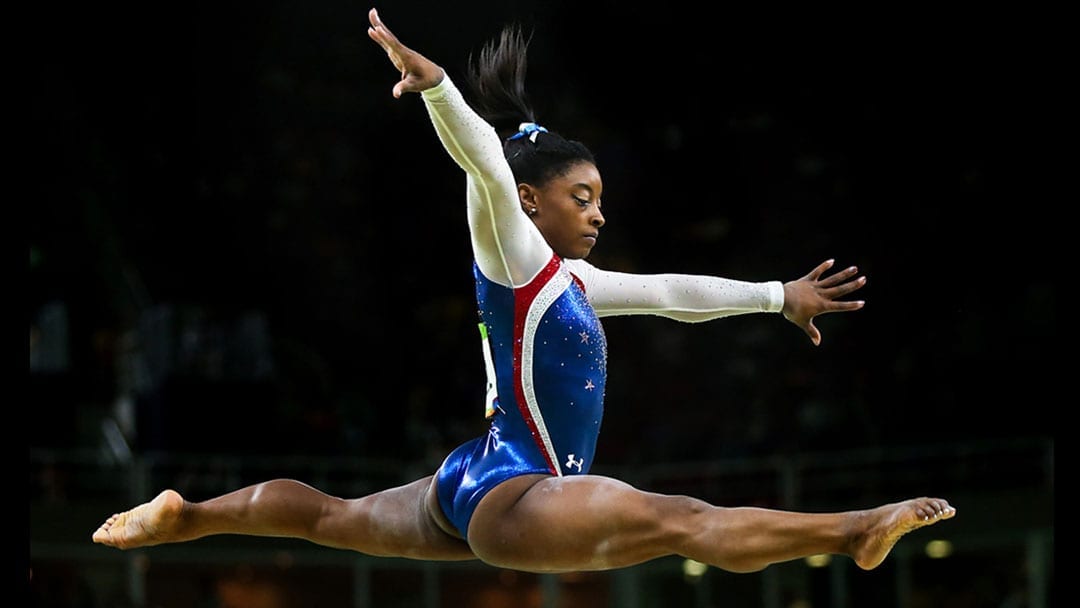 Fans believe she can fly!

Simone Biles thrilled gymnastic enthusiasts on Friday, August 15 as she secured her sixth national gymnastics title with a near flawless routine and “double-double” dismount on the uneven bars during the U.S. Gymnastics Championships in Kansas City, Missouri.

With this sixth championship, Biles became the first woman in nearly seventy years to accomplish such success in this regard.

Much has been written, published and shown regarding the sacrifices required of young women like Biles to attain the pinnacle of success as a competitive gymnast. Yet, there is so much more to the story. Beyond the demands of a rigorous training schedule, disciplined lifestyle and focused mind, there is also the power of science and how biometrics plays an important role in the success of athletes.

A four-time Olympic gold medalist, Biles winning the national title for the sixth time this year was certainly cause for celebration. However, it was the “triple-double” Biles landed perfectly during her floor exercise routine the Sunday before that once again etched her name in sports history.

The “triple double” began with Biles moving across the floor exercise mat at an exceptional high rate of speed and transitioning to a cartwheel turned handspring while maintaining most of her velocity. The momentum propelled her into the air in what was described as, “ mobius loop of motion 10 feet off the ground at the apex.”

Once in the air Biles twisted around her vertical (head to toe) axis three times before flipping over her side axis, twice before she landed securely on her feet.

Biles is the first woman to accomplish this move. As a result, in the future rather than being referred to as a “triple double,” the move become known as the Biles II. This would make it the second women’s gymnastics move to be named for Biles.

Twenty-two year old Biles is only four feet and eight inches tall yet she demonstrates awe inspiring athletic ability and  prowess that enables her to maximize  the application of biomechanics—a term used to describe what happens when as Sands described, “strength and speed meet the precise control of a body moving through space.”

According to Sands the first quality that made Biles’ execution of the “triple double” possible was her speed. For example, if you start jogging and then plant both feet firmly you will continue into a somersault even if you did not intend to. This is because of something called the—trip effect.

Speed amplifies the trip effect.  As a result, Biles is already taking to the air almost before she leaves the ground. In Biles case, her feet are in front of her stomach not beneath or behind. Using this approach facilitates Biles’ ability to ricochet off the spring floor used for gymnastics floor exercises.

“It’s perfect physiology, because the elastic nature of muscles means she’s going to get back an enormous amount of force for a relatively small investment,” Sands explained. During such maneuvers, forces can be as much as 17 times the gymnast’s body weight.

Biles also makes adept and subtle adjustments in how she approaches her floor and beam exercises. Sands noted how Biles does not take off evenly at the beginning of her routines. For example, she starts her floor exercise program with both her hips and knees bent and twisted about an eighth way around. This, according to Sands allows her to begin twists and somersaults before leaving the ground.

Biles has two other advantages in gymnastics including her small stature and tremendous strength. Smaller people flip faster when in a tucked position because physics tells us they have a smaller “moment of inertia.”

Biles begins her “triple double” movement with her arms wide open before bringing them in as she is also straightening out her body this slight shift in her angle prepares her body for the triple-triple action.

It is momentum coupled with her ability to bounce so high in the air which allows Biles the time needed to complete the heralded Biles II (triple double) gymnastics move.