Gov. Newsom needs to stand up to the Trump administration on the Delta 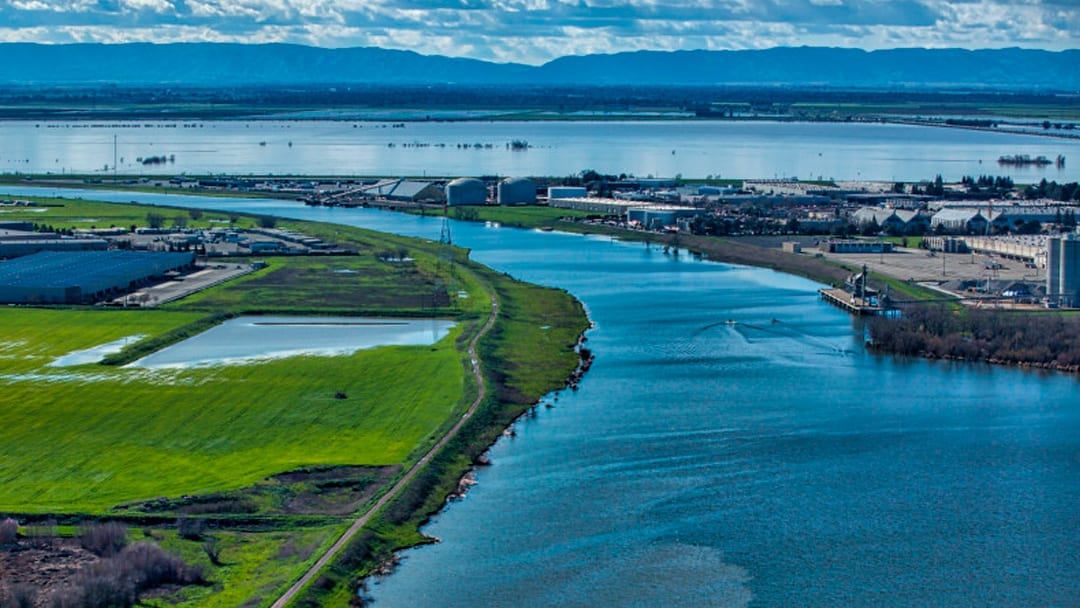 By John McManus | Special to CalMatters

These new rules would wipe out salmon and other wildlife by allowing wholesale siphoning of water from Northern California rivers to a few agriculture operators in the western San Joaquin Valley.

As collateral damage, the new rules would allow every single salmon in the upper Sacramento River to be killed for three years running. Feather River salmon would be victims, too, in the next drought. An additional 600,000 acre-feet of Northern California water would be seized.

The main beneficiary, Westlands Water District, irrigates toxic soil with runoff that pollutes downstream wetlands and rivers. Westlands farmers have overdrawn underground aquifers to the point that the valley floor has collapsed, sinking by up to six feet in the last decade, the definition of unsustainable agriculture.

But Westlands has one big advantage. Its former lobbyist, David Bernhardt, is now the Secretary of the Interior.  Under his leadership, the Interior Department engineered the new salmon-killing diversion and pumping rules.

The initial review of the rules’ effect on salmon and other wildlife by the National Marine Fisheries Service confirmed they’d be a disaster for salmon, steelhead trout, and even killer whales, which rely in part on salmon for food.

Interior Secretary Bernhardt replaced those scientists with a hand-picked group that did an about face and concluded that increased diversions would be just fine.

Westlands wasn’t. It threatened the governor saying that if the state filed suit the district would abandon voluntary negotiations with the state to restore the Bay-Delta ecosystem and salmon, something the governor cares about.

Two months later, the state has not filed its lawsuit. I and others believe Gov. Newsom’s own Department of Water Resources is working in cahoots with Westlands to block this litigation.

Westlands and other water agencies favor voluntary agreement negotiations to tie the state in endless talks and inaction.

Although Westlands’ representatives had a decade to produce a voluntary agreement, these talks have failed to produce a credible proposal.  But they have succeeded in delaying action by the State Water Resources Control Board which is authorized to require more flows in Central Valley rivers and the Bay-Delta to rebuild our salmon and other species.

The State Board was making progress until December 2018, when its work was stopped by the voluntary agreement process.

Although updates are required every three years, the State Board last implemented new Bay-Delta flow standards a quarter-century ago. Since then the need for stronger river and Delta protections has become undeniable.

In most years, salmon struggle to survive in Central Valley rivers and some are now threatened by extinction.  In 2008 and 2009, we saw the first ever shut down of California salmon fishing due to inadequate environmental protections.

What’s needed now is decisive action by Gov. Newsom to stand with California against the Trump administration attack on California’s salmon fishing families and our state’s largest aquatic ecosystem.

Finally, last week, the Department of Water Resources restarted planning efforts for a massive new tunnel under the Delta to divert water from the Sacramento River.

Unless Gov. Newsom takes the two actions above, that effort is likely to fail, just as Gov. Jerry Brown failed.

Californians are in danger of witnessing extinctions and permanent damage to the salmon fishing industry, the Bay-Delta, and Central Valley Rivers.

John McManus is president of the Golden State Salmon Association, john@goldenstatesalmon.org. He wrote this commentary for CalMatters, a public interest journalism venture committed to explaining how California’s Capitol works and why it matters. To read his previous commentaries for CalMatters, please click here, and here.